“No to violence”: citizens unite again for peace in Ecuador 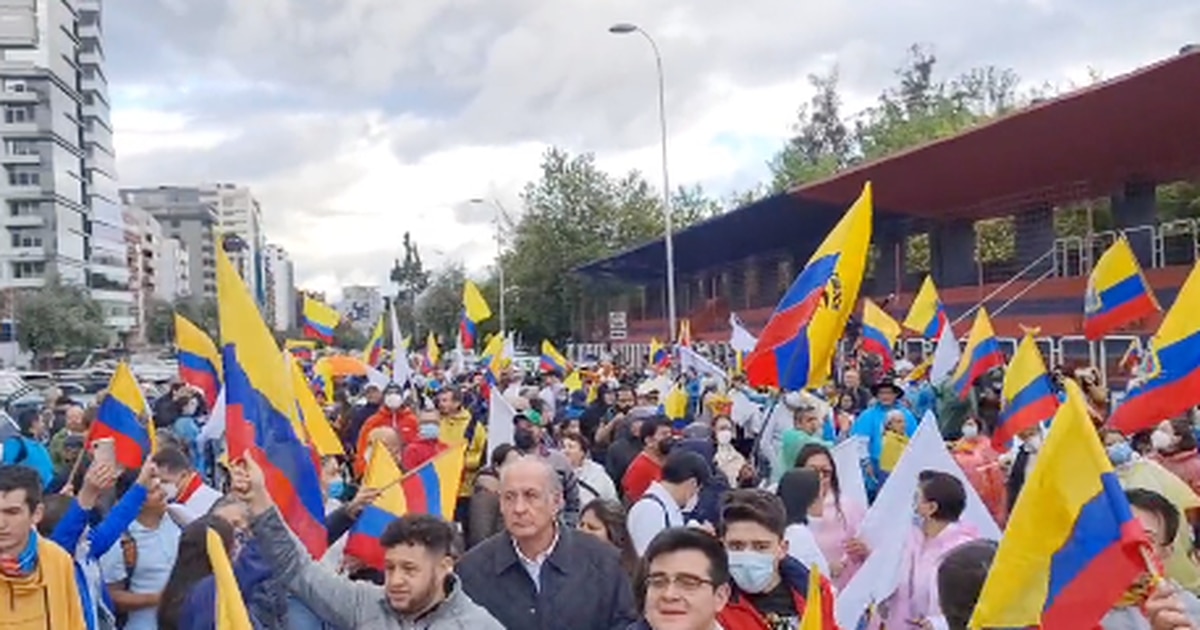 One more day, Ecuadorians take to the streets to demand peace and reject the violence generated during these eleven days of protests. In several cities in Ecuador such as Quito, Guayaquil and Cuenca, they joined in peaceful marches.

Dressed in white with their families and in caravans, the citizens also want their cry for peace to be heard. In the capital, in areas like Shyris Valle de los Chillos, Tumbaco and in southern Quito, residents have already taken to the streets.

WHATSOEVER: Citizens who want peace and democracy go to Shyris and demonstrate wherever they can and want. In the stands, they are already starting to arrive. pic.twitter.com/EAfb2eMwL3

On the night of June 22 in Quito, a loud cacerolazo was heard demanding the opening of a dialogue to end the protests against the government of President Guillermo Lasso.

The metallic noise of the pots struck from many houses ended the tenth day of the mobilization called since June 13 by the Confederation of Indigenous Nationalities of Ecuador (Conaie), as well as other organizations which concentrated the demonstrations in Quito.

The call for dialogue has already been accepted by the conservative President Lasso, who from the beginning was open to negotiation, but for the moment it has not yet been answered by the leader of Conaie, Leonidas Iza.

The indigenous chief is reluctant to sit down to speak with the leader again, as he says he feels the various occasions they have spoken during the first year of the presidential term have not borne fruit.

The Minister of the Government of Ecuador, Francisco Jiménez, announced this Thursday that the demonstrators have been authorized to enter the agora of the House of Ecuadorian Culture.

The entry of demonstrators to this place to establish a “popular assembly” was one of the conditions set by the President of Conaie Leonidas Iza, the main promoter of the demonstrations, to agree to attend a dialogue with the government, alongside the repeal of the state of emergency and guarantee that all their demands will be met.

This afternoon, there were marches towards the National Assembly which ended in clashes.