No security concerns about Evgeny Lebedev were shared with me. 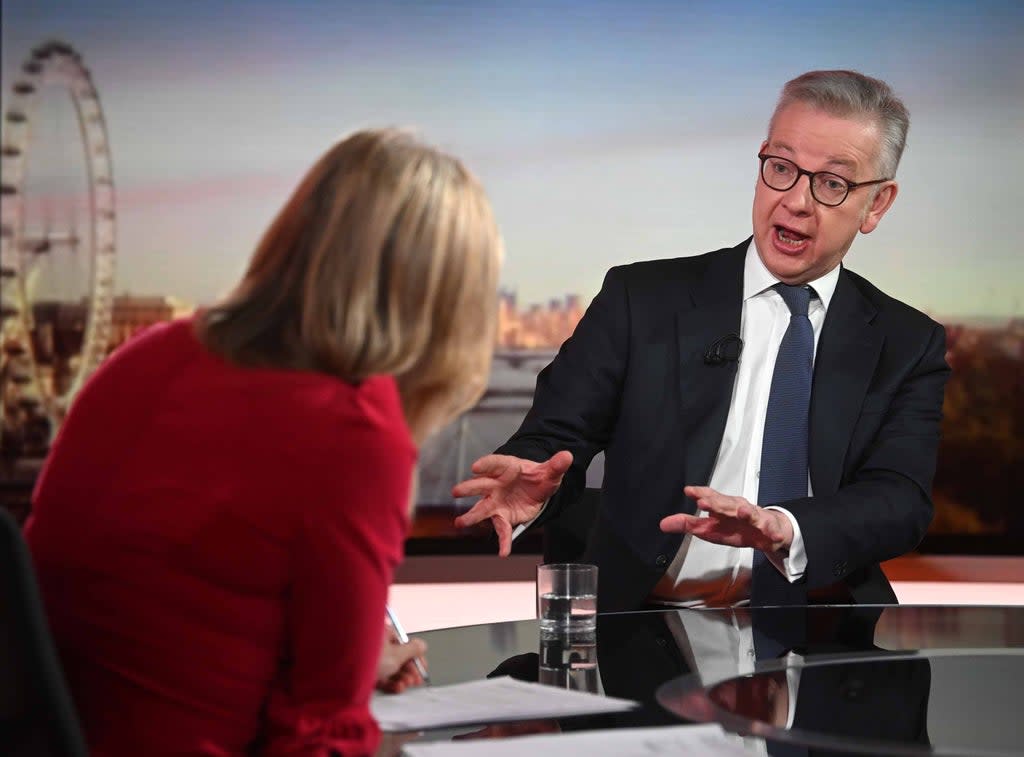 Michael Gove has defended the appointment of Russian-born businessman Evgeny Lebedev in the House of Lords.

The Communities Secretary said there was a “distinction to be made” between Lord Lebedev and his ex-KGB father, the oligarch Alexander Lebedev.

Gove also said no one had “ever told me there were specific security concerns” about the MP’s appointment to the upper house of Parliament in 2020.

But Labor leader Sir Keir Starmer said the prime minister had “serious questions” to answer in light of a Sunday Times report that the MI6 chief had security concerns about the appointment.

Lord Lebedev acknowledged on Friday that his father, Russian billionaire Alexander Lebedev, was a KGB officer “a long time ago” but denied being “a security risk to this country.”

Asked about the matter, Gove told the BBC’s Sunday Morning programme: “I think a distinction needs to be made between the actions of parents and the actions of children.”

He added: “Again, I think it’s important to make a distinction between Evgeny Lebedev’s father, who obviously, as you pointed out, worked for the KGB, and Lord Lebedev himself, who is someone who has made his home in this country.

“Of course, questions are going to be asked, but no one has ever told me that there are any specific security concerns about Lord Lebedev.”

Asked if Boris Johnson had “behaved a bit foolishly” following reports that British intelligence warned him about awarding a peerage to his close friend Lord Lebedev, Gove said: “No, I don’t think so.”

I met Lord Lebedev, as did the Prime Minister. At no time did anyone tell me that it would be inappropriate to meet and talk to him.

He told Sky’s Sophy Ridge on Sunday: “I met Lord Lebedev, as did the Prime Minister. At no time did anyone tell me that it would be inappropriate to meet him and talk to him.”

But Sir Keir called for a “trial” to be carried out, investigating how the peerage was awarded.

He said: “Let’s have a process to investigate what actually happened, what the Prime Minister knew and what he did in response to that. I think that is the minimum we are entitled to in relation to this appointment.”

Speaking to Sky News’, Sir Keir said: “Of course we shouldn’t just demonize the people of Russia, I completely agree with that, but that’s not the case with Lebedev.

“The media today is saying that there were more reservations by the security and intelligence services than were known before this appointment was made and we know that concerns were apparently raised with the Prime Minister.

“In light of today’s new revelations, I think the Prime Minister has serious questions to answer: What did he know? And he overrode the safety tips?

Lord Lebedev, owner of the Independent and Evening Standard newspapers, earlier said in a statement on the Evening Standard website: “I am not a security risk to this country, which I love.

“My father was a KGB foreign intelligence agent a long time ago, but I am not a Russian agent.”