No school… the story of Yemeni students educated under Houthi shells 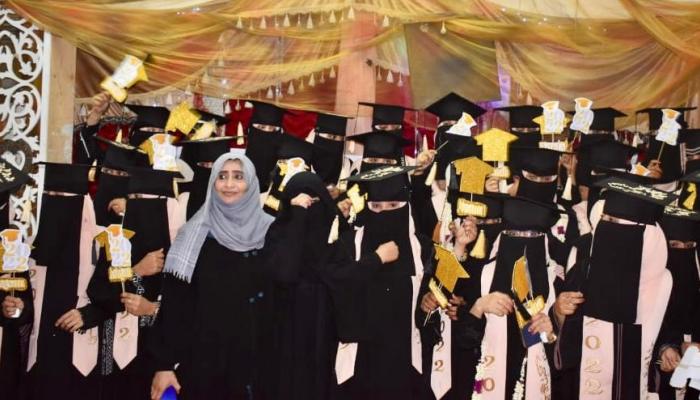 Yemeni girls have had a unique experience in education for more than 3 years and have achieved great success despite not attending an educational school.

Fierce battles and the Houthi militias’ siege of the Yemeni town of Hais prevented 30 girls from getting an education at a girls’ school, which since late 2018 has been under the line of fire before the girls turned their homes into mini-schools. for education. .

The continuous bombing and hit-and-run battles by the Houthi militia for the past 5 years have disrupted the educational life at the July 7 School, which is the only school for female education in the city of Hays, south of Al-Hodeidah. . Governorate (west).

But 30 female students attending the school rejected the terrorism of the Houthi militia depriving them of education by attacking their only school, and decided to continue their education at home until they obtained high school.

The Hays district was fully liberated last November, including the July 7th School for Girls’ Education, which resorted to hosting a wide-ranging celebration for female students who made an educational breakthrough despite not having received the lessons.

The girls were forced to educate themselves inside their homes without being able to go to school due to the dangers posed to their lives by the projectiles of the Houthi militias.

The culmination of the journey of suffering.

Inside the celebration hall, the students sat happily as they received certificates of honor, culminating in their day of suffering, and given the unique experience and uncanny determination to make it to high school, where they plan to take their final exams in a few few weeks.

The celebration was organized by the 7th of July School, which is the only girls’ school in the Hays district, south of Hodeidah, due to its defiance of the bitter reality imposed by the Houthi militia in the city and its ability to study in high school. stage despite the dangers that surrounded their lives.

The director of the Yemeni July 7 School, Jamila Ghaleb, expressed her gratitude for the effort made by the students to reach this stage, considering that their fight against the Houthi darkness resulted in obtaining a high school diploma. 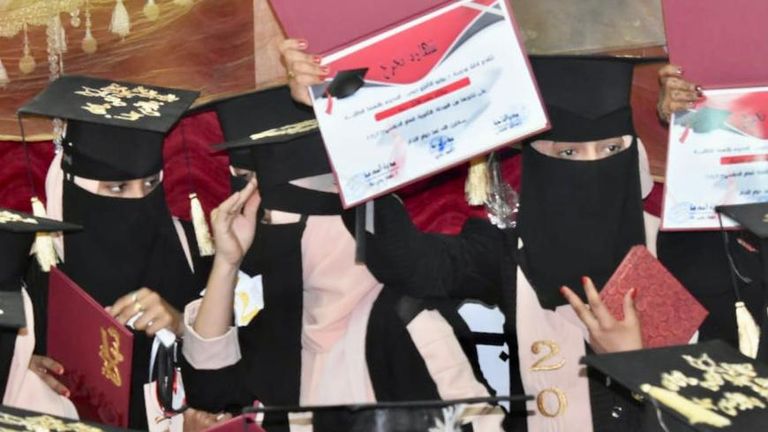 The Yemeni educator added: “Today, we are reaping the fruits of what we sowed, during 4 lean years that the Houthi gang went through, who were pouring out their anger with all kinds of weapons, and targeted our school, which was on the lines. from the front lines and we became a target and a target for militia fire, and we opened houses and mosques to continue Education for our souls.”

In recent years, Hays, once a route for commercial convoys, came under repeated indiscriminate projectile attacks, targeting homes and public facilities before Yemeni joint forces expelled them from the outskirts of the city late from last year.

In the celebration hall, the students dressed in uniforms of university graduates and their parents gave modest gifts, in a symbolic expression of gratitude for overcoming these difficult stages.

Abdul-Malik al-Shamiri, one of the parents, said that the Houthi militia represents the dark circle of this society, as it does not promote education, and has even destroyed schools and blew them up with explosives in many Yemeni cities. 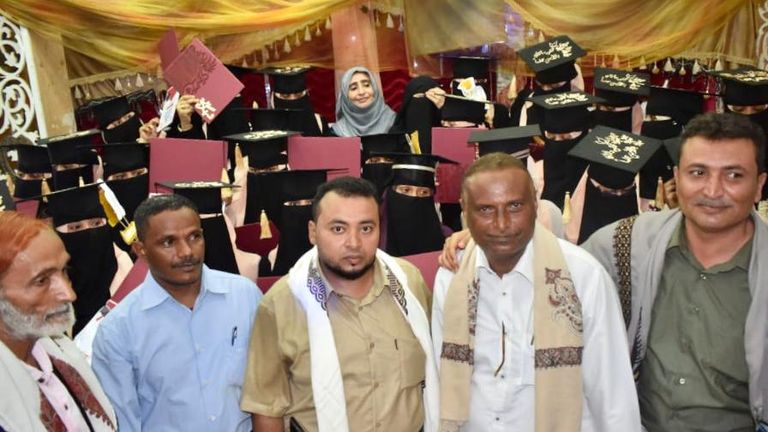 He added that persistence in education generated strong energy to overcome all difficulties, and the challenge presented by the students was enough to honor them as pioneers in Yemeni society.

He stressed that if it had not been for the challenge and the dedication of his time to face the Houthi darkness, today he would not have been able to reach the high school stage. Indeed, the defiance was a decisive factor in rejecting the terrorism that was intended to prevent them from obtaining an education.

The celebration, which also brought together the parents of the students, reflects the Yemeni society’s desire to thank all the people who rejected Houthi terrorism and resisted its dark methods.

It also represents hope in the ability of community members to break the restrictions of the Houthi movement and defeat the repressive actions of the militias.

- Advertisement -
Share
Facebook
Twitter
Pinterest
WhatsApp
Previous article🎓 Europe rejects the project to ban Bitcoin, and here are the details
Next articleThe Ukrainian economy will suffer a sharp contraction in 2022 due to the Russian invasion: IMF