No rich parents: joined a VC at age 25 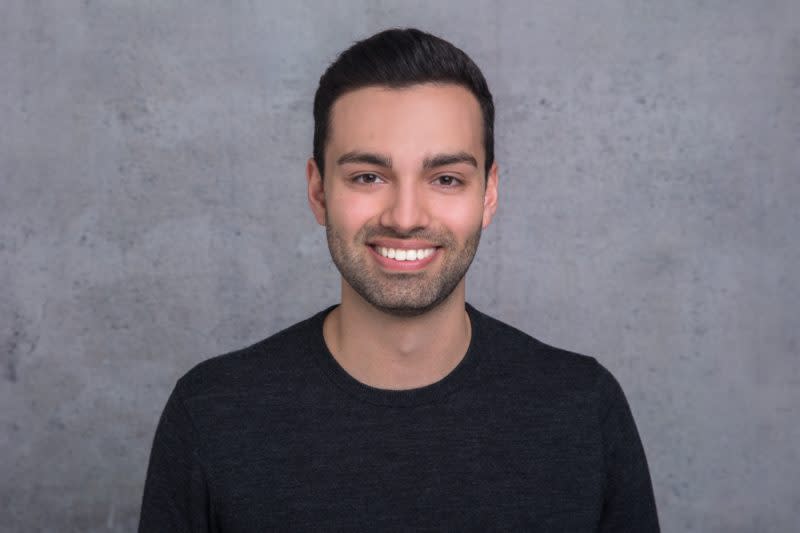 Sebastian Becker comes from a small town in Baden-Württemberg. He himself had to finance his studies at the renowned business school in St. Gallen, Switzerland. His young career took him to Project A, Rocket Internet and Redalpine. In the summer of 2021, the Zurich venture capitalist named the then 25-year-old a partner, one of a total of two at his level. There are only four founding or general partners above him. They entrusted this important position to Becker.

Such a career jump is quite unusual in the venture capital scene. Most work for an investor for at least five to ten years before being promoted to partner and establishing a reputation. And even then, people usually have to bring enough capital to be able to participate in the fund on a percentage basis.

Redalpine closed its sixth fund in the autumn worth 150 million euros. Swiss VC lists more than 70 startups in its portfolio. The investor is mainly involved in the initial phase, he was one of the first shareholders of approximately N26 and Taxfix. In an interview, Sebastian Becker explains how he got his job at Redalpine and how quickly he became a partner.

Sebastian, how did you get a VC job when you were 20?

I wanted to be an entrepreneur from a very young age. That was my biggest goal. So I started two projects during my studies, one in the area of ​​fintech and the other in the area of ​​social media and influencer marketing. None of that is really out of the ordinary, so I thought I should take a look at the investor side: to find out what interesting business models are, what gets funded, how other founders feel, and most of all, how to raise money. .

I ended up at Project A and then at Rocket Internet on the Global Venture Development team. I was always on the verge of doing something on my own again. But then Redalpine offered me a job at the end of 2018. I was supposed to help build a new fund within Redalpine. I felt this was a great opportunity to get involved so early in the process and threw my start-up plans out the window. In retrospect, the business model that we wanted to establish during our studies is really taking off today, but you never know in advance.

What was your startup project back then?

Almost an Alipay for Europe. In a nutshell: you no longer need a credit card to pay in restaurants or bars, for example, but instead scan a QR code with your payment app and then do it through a Sepa transaction. In this way, retailers no longer pay credit card fees and customers receive loyalty points. This is now normal in China. And we had created such an app, also a first customer, but with the Corona pandemic the project was put on hold.

Does that mean you didn’t end up losing that much money on it?

Nerd. At that time she had no money to lose.

What type of fund is it that you helped establish?

The Redalpine Opportunity Fund. That means we put even more money into the portfolio of startups that are doing well. There are also companies outside of our portfolio that we find extremely exciting, but only get a small ticket from. I was in charge of fundraising, helped define the strategy and selected and closed investments.

When you became a member last year, you were only 25 years old. Unusually young. How did that happen?

Good question. I think when I do something, I really give it my all. In the two and a half years before that, I worked day and night and did many deals for Redalpine. I saw myself less as an employee and more as a co-entrepreneur; after all, I always wanted to be an entrepreneur. And I thought, once I’m in the company, I have to support this entrepreneurial spirit in some way. And I think that was very well received.

What was your position before?

At Redalpine, the order is Analyst, Associate, Investment Manager, Principal, Partner, and then General Partner. I started as a hard-working student, then helped create the opportunity fund directly as an investment manager. So I skipped some stages.

However, as a partner, you typically need to have equity in the six or seven-digit range and make a financial contribution to the fund yourself.

I can say that I have no money from home. I always had to work during my studies in order to finance business school. But how exactly my participation as a partner was structured, I would not like to say anything about it.

He is now in charge of the new Berlin office. However, Redalpine has been investing in Germany for years.

Most of our portfolio is also located in Germany. But we usually traveled from Zurich for the meetings. Opening a location here now and having someone permanently on site was a strategic decision. In this way we can go even deeper into the scene and take more with us than if we had made contacts remotely from Switzerland.

You said you’ve been working day and night for the past few years, now you’re a partner in a VC, and you probably have even less free time. Many people in their twenties prefer to travel the world and try things out. Do you feel like you’re missing something?

Sure, I’m thinking what else could I have done. But I always wanted to move big things and really use every minute of my life for it. And for me there is a difference between figuring things out and sticking to deadlines, or being self-determined and seeing things grow, as it always has been for me. This way of working is never really stressful for me.

Do you feel that you are taken seriously despite your young age?

I don’t notice any difference at all. It always depends on the input you give and how you work. Age is a problem, especially in Europe. In the US, people are much younger because they have a different study system and don’t necessarily need years of work experience and a master’s degree to get somewhere fast. For example, when I was 24 years old and attending Stanford for a semester, I talked to someone who said he was almost too old for the Valley startup scene. There, the founders drop out of college at the age of 21 and then build their companies.

- Advertisement -
Share
Facebook
Twitter
Pinterest
WhatsApp
Previous articleKevin Durant on Jazz talking trash during 37-point effort: ‘They bring out the best in you’
Next articleUAE calls on the Inter-Parliamentary Union to help resolve the Ukraine crisis