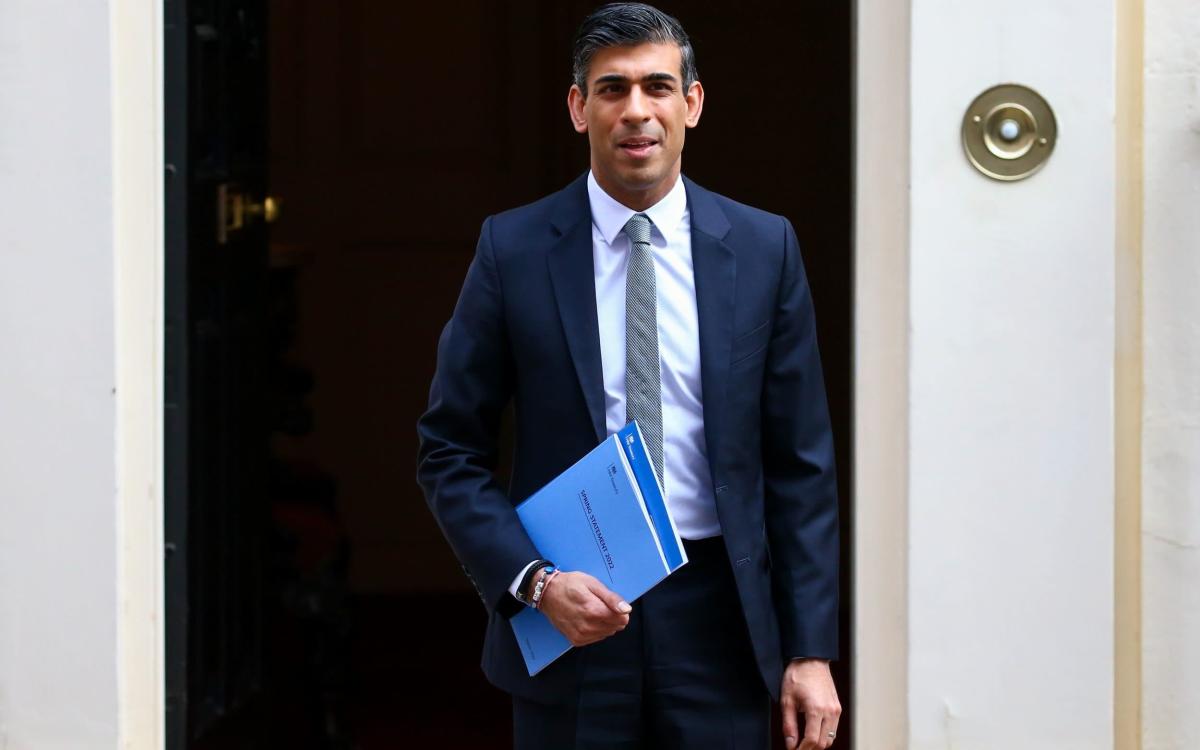 Defense spending will be cut in real terms for three consecutive years due to rising inflation as Rishi Sunak ruled out giving more money to the sector.

Prior to the Chancellor’s Spring Statement, Whitehall pundits had urged him to provide increased defense spending given the Russian invasion of Ukraine.

However, no cash injection was delivered to the department, which was justified by the £24 billion awarded to the Ministry of Defense (MoD) over a four-year period as part of the Integrated Review of Security, Defence, Development and Foreign Policy last year.

The Statement noted that in the review, Russia was identified as the “most serious threat to the security of the UK”.

Referring to last year’s funding increase, the statement said: “This deal ensures the UK continues to exceed NATO’s 2 per cent of GDP funding guideline and remains one of the largest defense spenders in NATO.” .

However, Professor Malcolm Chalmers, deputy director-general of the Royal United Services Institute, told The Telegraph: “I am surprised there has been no announcement on defense other than weapons being supplied to Ukraine.”

Professor Chalmers said the latest inflation figures suggested the MoD was set for a real term cut in 2022, as well as 2023 and 2024.

“It looks to me like we’re going to have defense cuts in real terms for three years in a row,” he said.

He added that as a result of the cuts, the Defense Ministry will have to “make some difficult decisions about salary levels”, which in turn will put a lot of pressure on the Armed Forces salary review body.

“Nothing was announced to compensate the Ministry of Defense for the anticipated additional inflation that is likely to occur in the next three years.”

Tobias Ellwood, chairman of the Defense Select Committee, questioned the decision not to increase defense spending in the budget, warning that “our economy does not work in isolation.”

Ellwood said: “The relative peace we have enjoyed since the Cold War has now abruptly ended. Rising food, energy and fuel prices are directly linked to the rapid demise of European security, which is likely to deteriorate further over the next decade.”

He added that the UK military was “increasingly overstretched” and that this government “should not ignore Ukraine’s awakening and miss the opportunity to improve our defense posture given the state threats that are now clearly visible on the horizon.” .

However, Dr. Liam Fox, a former defense secretary, said that while he “always wants more defense spending,” the biggest problem was that “too many NATO countries don’t provide what they should.”

“The biggest problem is persuading them not to ride the coattails of our taxpayers,” he said. “We have to stop looking at Britain, the problem is in Europe.”