No more heated chairs at work: is it good to work standing up in the office? 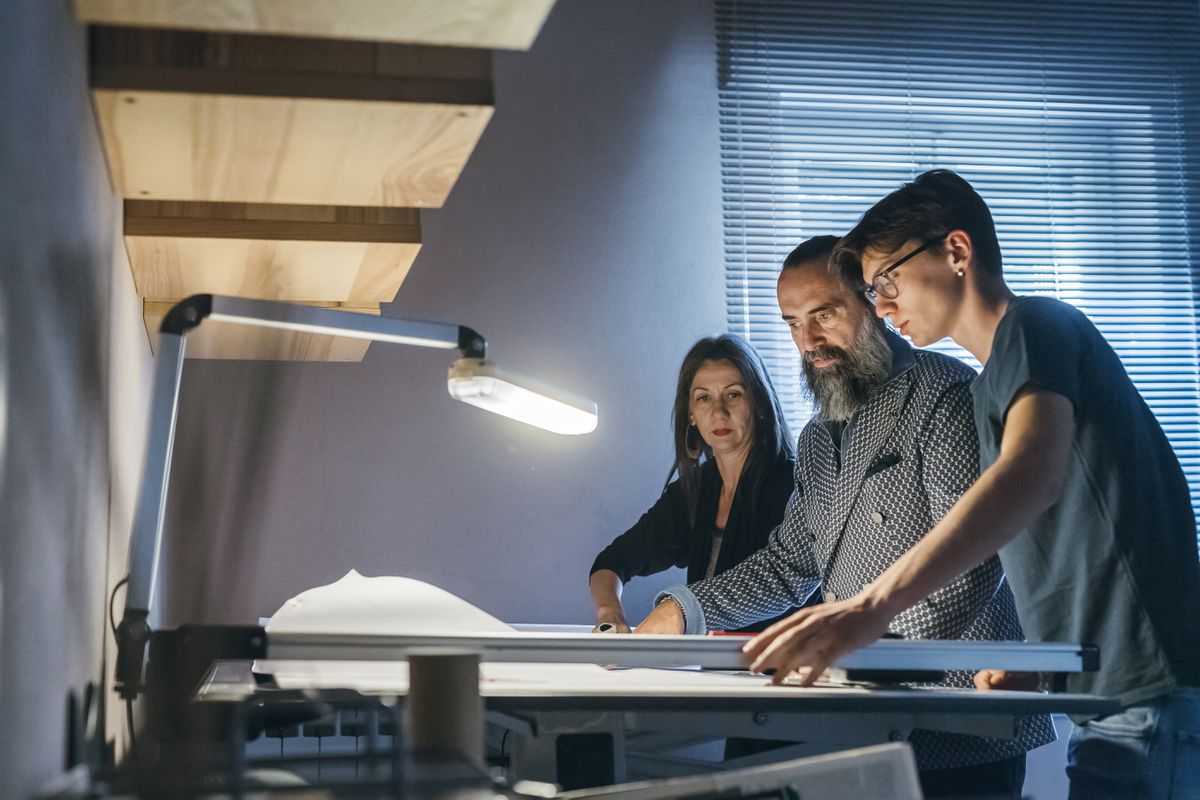 Many offices have an unwritten custom of “warming up the chair,” which refers to those employees who are able to sit at their desks anywhere in the world to show their boss how hard they work . Science refutes this habit with an unexpected twist: incorporating downtime would improve school and work performance.

Texas occupational physicians conducted an experiment in elementary and high schools change conventional desks B. by desks at which students stood during their school day (how long is not specified). At the end of the course, the results in the memory tests and in the reaction time improved significantly. The study’s authors attribute this to a likely improvement in frontal cortex function, possibly due to this position more oxygenated blood reaches the brain than when they’re lounging at their desks.

Subsequent studies in adults also support the hypothesis that the upright posture improves our wakefulness and prepares us to change activities more easily. While much remains to be explored, standing is known to short-circuit cerebral composure. While the brain can ignore posture to a certain extent when sitting, standing up constantly recalculates the position of the limbs to maintain balance. A little bit of stress that helps “get you into the state optimal vigilance and cognitive response,” says molecular neurobiologist Daniela Kaufer.

But how much time would you have to spend on your feet?

It seems that the brain is more alert when standing up and when engaging in activities that require an immediate response. However, there is also evidence that it leads to too much upright posture negative health effects, such as fatigue and venous return problems in the lower limbs. The million dollar question is how much time should be spent standing still, noticing benefits, and how to fit them into the workday. For Ignacio Vázquez, fitness trainer and specialist in mobility, strength, prevention and performance, co-founder of the Health and Sports Sciences website Short pill, “It is difficult to give a single answer that fits all people. Sitting all the time is just as bad as standing. The population with obesity, overweight, poor circulation or previous injuries to the knees, hips, ankles, back… should be careful if they spend a lot of time standing. Otherwise, the potential benefits will be diluted.”

If none of the above or other circumstances recommend sitting during the workday, including standing logs makes us more efficient. It’s not about being the nerd in the office who’s on your feet all day, but García Vázquez points to some ideas to get us out of the chair. “Like getting up 10 minutes every hour, even standing for 30 minutes and sitting for another 30 minutes,” he explains. For those who are fitter, he suggests standing for up to an hour.

Too much time away from the seat? “Not necessarily. Free Zoom video calls last a maximum of 40 minutes. We can take the opportunity to do them standing and the same with a quick consultation with a colleague. Even take notes,” emphasizes his colleague Ignacio Hernando Valle, Personal trainer and also a promoter at Píldora Breve.The question – he explains -is to build in standing sections to keep the brain alert at all times.An easy way is to use mobile calls to walk around the office, climb stairs or even after “On the contrary, when we read, we concentrate better sitting down because the letters move up and down when we read standing up,” explains the expert.

Short meetings standing or on planks

The methodology agile It has revolutionized the way work is structured in large companies, especially technology companies. This implies constant checking of the status of each task. Daily meetings called for this daily scrum meeting. They are very short, no longer than 15 minutes, just enough for each team leader to let the rest know how their part of the project is going. In fact, they are colloquially referred to as the daily standup meetings (daily sessions).

Jesús Elorza, Professor of Project Management at Edix, admits: “Because it’s very early in the morning when the team sits down, it’s easy for them to apply pressure. When standing, on the other hand, everything is more dynamic. To avoid whoever’s turn speaks forever, There are those who propose that the one who explains it does it with a plank. This way, each intervention lasts no longer than 30-40 seconds and those who ask to speak make sure they have something interesting to say,” says Elorza. This exercise applies to both face-to-face meetings and teleworkers connecting from home.

Incorporating some movement into the working day meets with mixed interest. While some see it as a way to encourage healthy habits in the work environment, others understand that it can lead to discriminatory situations between the sportiest and most sedentary colleagues. A few years ago, Jey Nagarajan, an IT developer at Oracle, opened up the possibility of having first-morning meetings on LinkedIn – the daily getting up – make boards. The answers were not long in coming. David BishopCEO of Cedowin, replied: “It’s an excellent idea, although you need to find a way to include it for people who can’t do certain activities.” JW Smithe, Linux developer and IT engineer, instead expressed his disappointment: “Are you looking for a violation of the Americans with Disabilities Act? Well, that’s how they talk. They could even be discriminated against by other groups or have a workplace harassment file opened.

It is not a substitute for physical activity

Since the advent of activity bracelets, many people have taken 10,000 steps as their only physical activity of the day. They even count the calories they could burn in each moment of their life one by one. Standing burns between 0.1 and 0.19 kilocalories more per minute. A 150 lb adult who substituted sitting for 6 hours a day would burn 54 more calories per day. It doesn’t sound like much, but 5 pounds could be lost in a year.

In a society obsessed with weight rather than health, it may seem like a good recipe for obesity. “It might be a first step, but to get real health benefits you need to include real physical activity, from light to vigorous. The movement recipe has to go far beyond walking, you have to work on your strength. And of course just being on your feet is not enough,” Vázquez concludes.