“No dollar, no Lebanese” 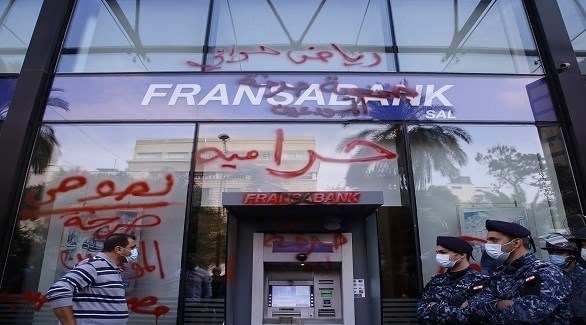 On Monday morning I went to my bank, my second home in the past, with the aim of withdrawing what was allowed according to Circular No. 158 issued on July 1, 2021, that is, $400 in cash and two million and 400 thousand pounds. in cash, and the same on the designated card for purchases.

I put my credit card in the slot designated for it in the ATM, and I understood from him that what I ordered was more than allowed. I lowered the ceiling on my ambitions to a million and a half pounds, and the ATM repeated its position. Here I asked for a million, the machine got angry, as if to say: What don’t you understand the first time? What’s in there? I switched to a second machine and didn’t respond to any requests.

On Tuesday morning, I had barely put my credit card in the cashier’s mouth, until the cashier came to me, apologizing that he had no trick, and I rudely threw the card away. I tried to enter the bank premises to ask about the possibility of withdrawing “two piastres” from the fund, from inside they told me that you have to make an appointment.

Yesterday morning, Wednesday, a security man appeared from the top of the stairs leading to a hallway where two ATMs were located. He smiled at me when he was looking to withdraw a small amount, and he explained to me in sign language that there is neither a dollar nor a Lebanese, and that we are the wrong human beings.

At that time, I thought of going to the Baabda Saray, and going directly to Judge Ghada Aoun to ask her to borrow a modest amount, on the condition that it would be paid back with interest after she had seized the entire Banking Association, the ruling and his assistants, the good loan board of directors, Hassan and Khalil, and about the political system, and about anyone who appears to be involved in corruption. So I left because with half a tank of gasoline I went straight to Verdun and knocked on Najib Mikati’s door with the titles reserved, filing my complaint.

At that time, as I contemplated my frustration at the appearance of Kfarhbab, I wanted to telegraph the State of President Nabih Berri, thanking him for his strong position on the issue of preserving depositors’ money. And if the magical trio protected Lebanon in the past, then the magical mix can develop… to become “an army, a people, a resistance, and depositors.”

At that time, I also wanted to congratulate the generosity of His Excellency President Gebran Bassil with promises, and for a speech suitable to its title and details, the speech of the day of sitting on the throne, or at least an updated version of Fakhreddine’s. days: . The ceiling on our ambition is much lower, Mr. Gibran.

Let’s start with the other one. Activate the credit card. Force the banks to pay what the ruler promised… and then, we have to electrify ourselves and dictate the dams. What’s in a hurry, Gibran?

Can Gibran trust me with two million 400 thousand and they don’t want to, or Bedouins and can’t?