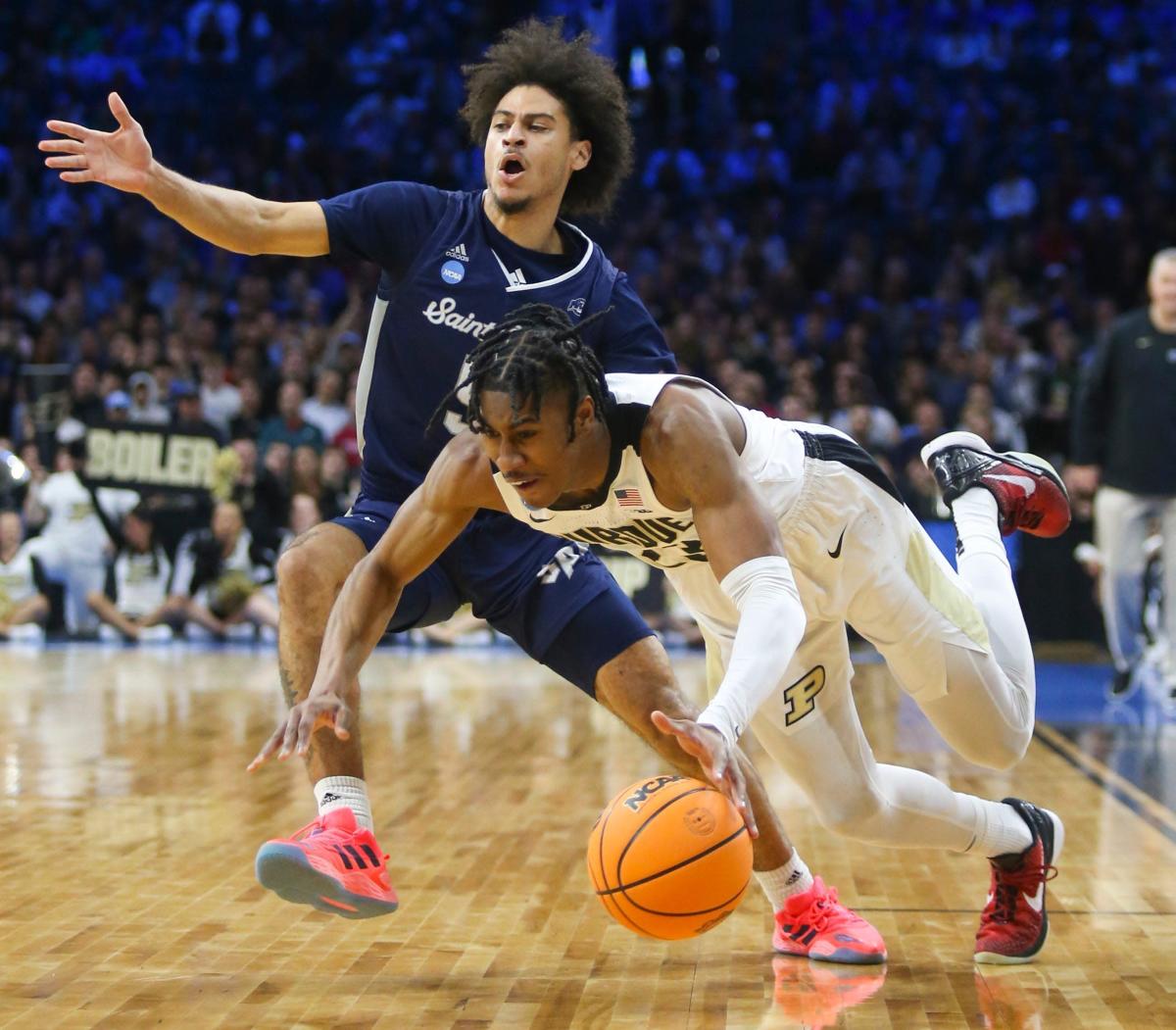 The dream lives on for San Pedro.

After defeating No. 2 Kentucky and No. 7 Murray State to become the third No. 15 seed to reach the Sweet 16, the Peacocks pulled off another upset by upsetting No. 3 Purdue 67-64.

That makes Saint Peter’s the first No. 15 seed to reach the Elite Eight and continues one of the most exciting and unforeseen postseason runs in NCAA Men’s Tournament history.

The Peacocks were led by shooting guard Daryl Banks III, who scored 14 points. Forward Clarence Rupert had 11 points and guard Doug Edert had 10 points off the bench.

For the third straight game, a higher-ranked favorite seemed unprepared for the Peacocks’ aggressiveness and physicality despite having a distinct size disadvantage: For one thing, Purdue was able to take out 7-foot-4 center Zach Edey, who finished with 11 points. , while Saint Peter’s did not have a starter taller than 6-foot-7.

But what the Peacocks lacked in size they made up for in late-game composure.

Down 33-29 at halftime, Saint Peter’s led 37-33 after five minutes when Purdue’s offense opened the second half with six straight misses. The Boilermakers rallied to retake the lead, 43-39, with more than 11 minutes remaining, but the Peacocks went ahead 50-49 with 6:42 remaining on a 3-pointer by forward Fousseyni Drame.

OPINION: Houston, Kelvin Sampson looking to the future, not the past

OPINION: Why No. 1 seeds Gonzaga, Arizona lost in the Sweet 16

One key moment: After missing a short shot at 61-59 with 41 seconds remaining, Saint Peter’s was able to corner the rebound and commit a foul. Guard Matthew Lee made both free throws to take the lead to 63-59. Overall, Saint Peter’s was 19-for-21 from the line, including eight touchdowns without a miss in the final two minutes.

Before Friday’s win, the lowest seed to make the Elite Eight was No. 12. That’s happened twice: Oregon State did it last season and Missouri in 2002.

The Peacocks will play the winner of No. 8 North Carolina and No. 4 UCLA.