No. 1 NC State overtakes No. 5 Notre Dame with a late steal to make the Elite Eight 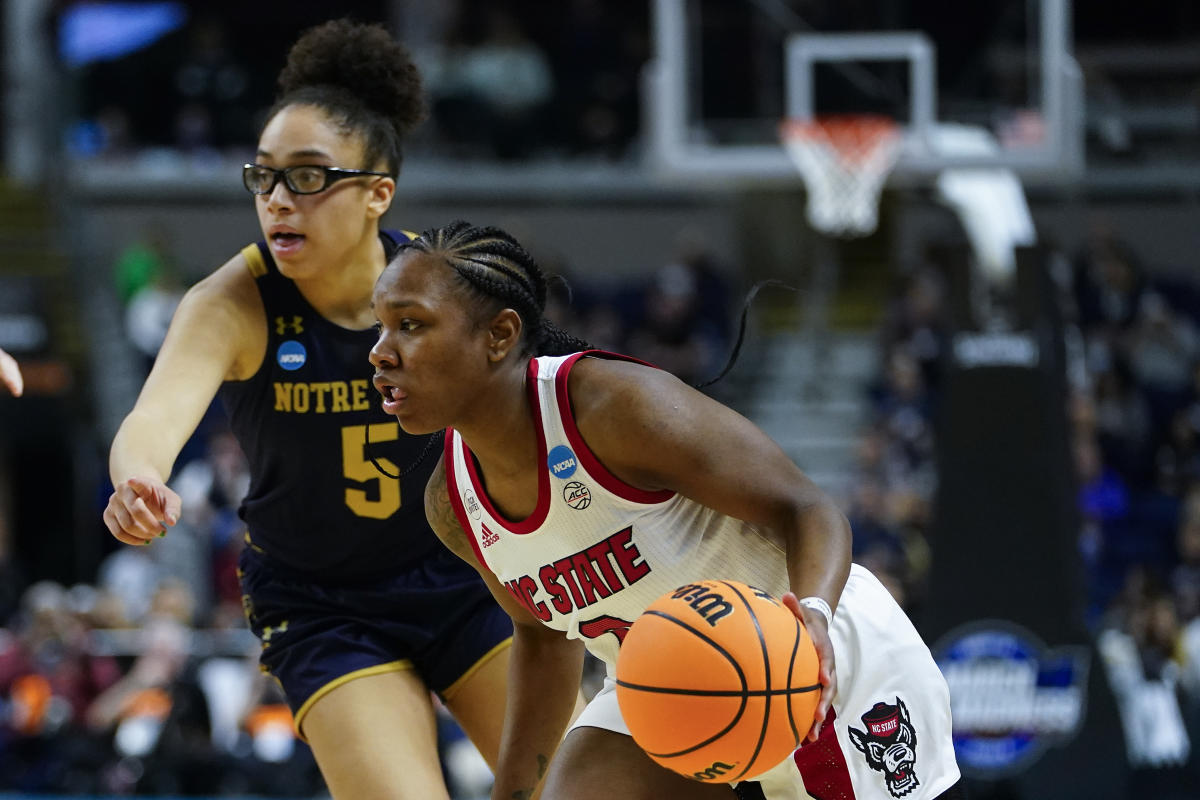 No. 1 seed NC State is in its first Elite Eight since 1998 with a solid defensive position in the final 20 seconds to take its first lead since the second quarter.

Raina Perez stole the ball in the backcourt and placed it with ease to move up one over No.5-seeded Notre Dame in the Bridgeport region. She sealed the 66-63 win with last-second free throws after Notre Dame’s 3-point attempt failed to fall.

The Wolfpack (32-3) hadn’t gotten past the Sweet 16 in the last five tries and was 1-13 in the all-time round. They will play the winner of No. 2 UConn and No. 3 Indiana in Bridgeport on Monday.

NC State had a chance to tie the game with 36 seconds left when Maya Dodson fouled Elissa Cunane. She made one of two free throws and Dodson secured the rebound. He set up a final Notre Dame possession that Perez stole near midcourt.

NC State increased the defensive pressure in the fourth quarter. Kai Crutchfield forced a steal in the backcourt and was fouled by Miles for an and-1 to get within two, 53-51. Notre Dame went on a 6-0 streak with layups from three different players. The Wolfpack responded with a basket by Crutchfield and four free throws by Cunane to close within two again, 59-57, and they went basket for basket in the final 3:22.

Notre Dame led for all but six minutes of play late in the first quarter. The Irish led, 38-30, at the half behind 15 points from Miles.