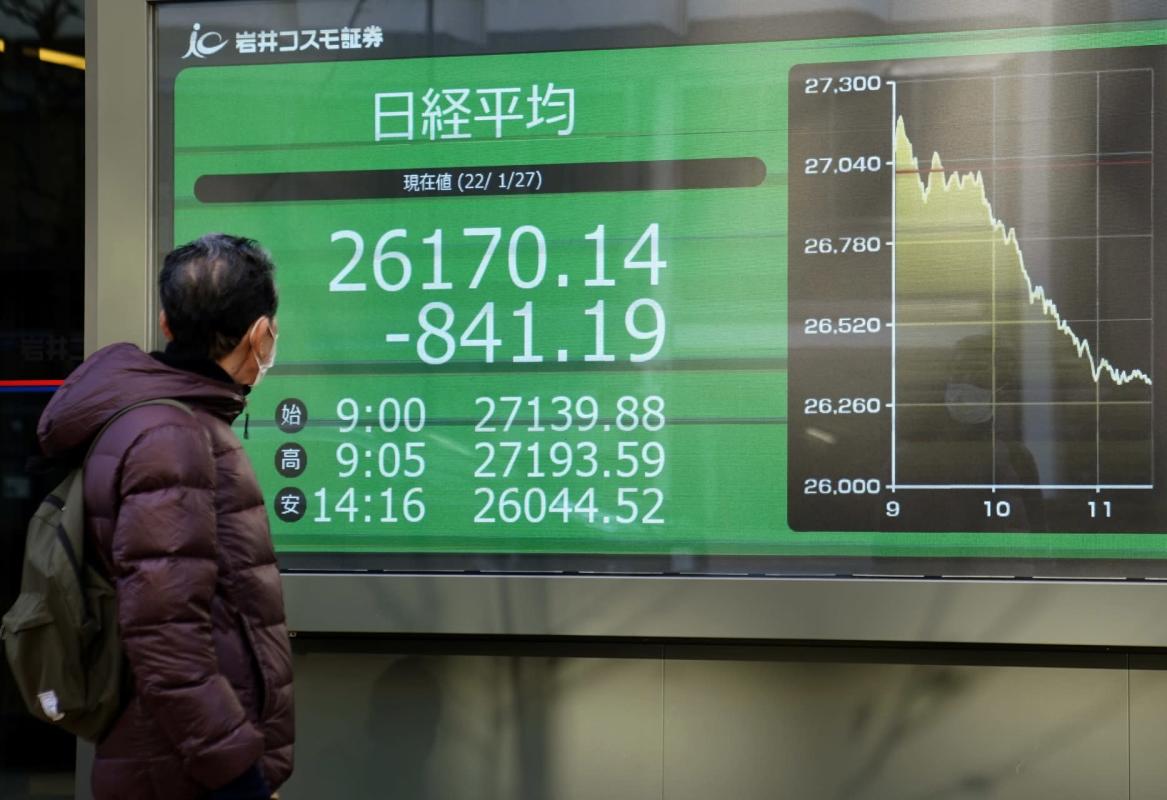 Tokyo, March 28 (EFE).- The main index of the Tokyo Stock Exchange, the Nikkei, fell 0.73% this Monday after investors opted for profit-taking, after a 9-day upward streak, and the concern about the confinement in Shanghai due to the increase in covid cases.

The Tokyo floor opened lower and broke the winning streak accumulated during the previous nine sessions, the longest since September 2019, due to the desire of investors to fix profit after the accumulated rise of 11.87% in the period and ahead of the end of the Japanese fiscal year on the 31st.

Concern about the impact on China’s economy of the confinement decreed since Monday in Shanghai, one of the country’s most important financial markets, was also influenced by the increase in covid-19 infections in the region.

These factors weighed more than the devaluation of the yen against the dollar, a favorable trend for Japanese exporters and at its best level in six years (the low band of 123 yen) after announcing the Bank of Japan (BoJ) a purchase operation of state bonds.

The sectors that registered the main setbacks were maritime transport, services and non-ferrous metals.

The Nippon Yusen browser (NYK Line) brought together the largest trading volume on the day and lost 1.89%. The competition between Mitsui OSK and Kawasaki Kisen (K-Line) fell by 1.35% and 3.33%, respectively.

On the other hand, the Japanese vehicle manufacturer Toyota advanced 0.59%, while the video game developer and distributor Nintendo rose 0.44%.