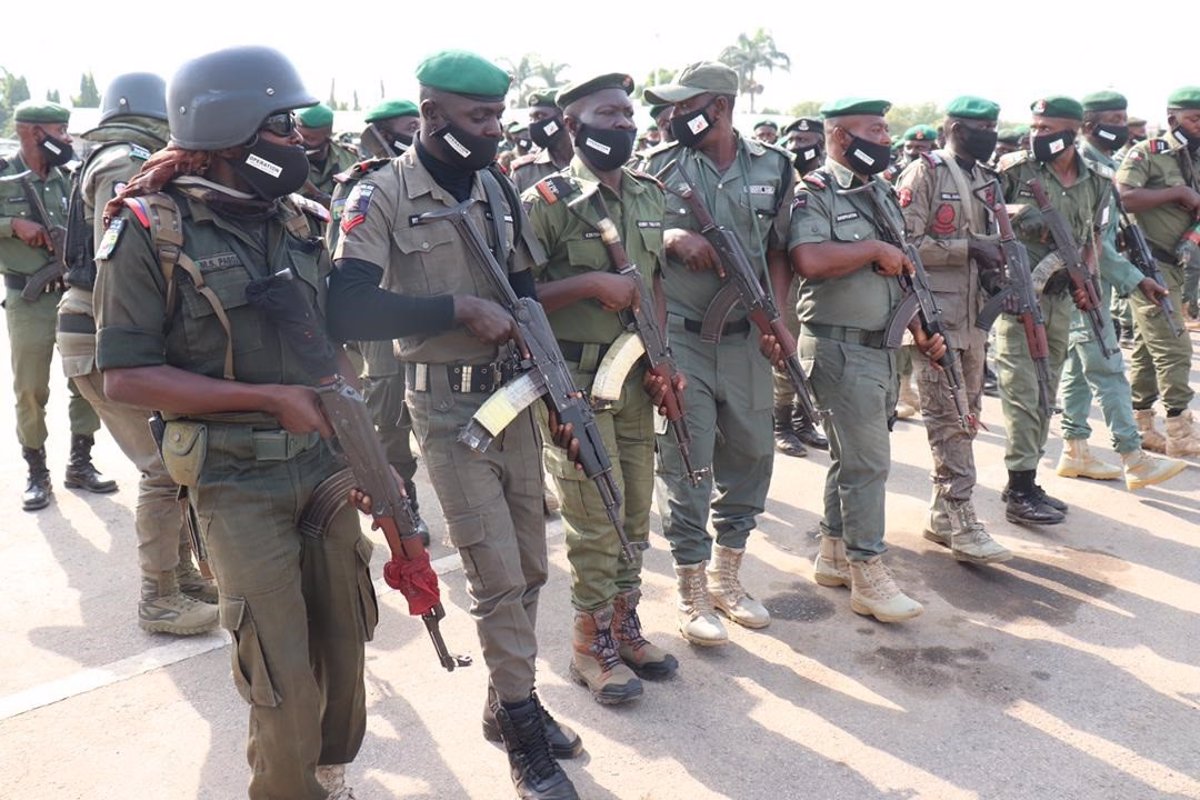 Nigeria’s armed forces reported Thursday that they killed 30 suspected terrorists in a “clean-up patrol” on Friday in response to the attack on the presidential guard in the capital of Africa’s most populous country, Abuja, that left eight dead and eight dead Three soldiers were injured.

“The troops successfully evacuated the villages of Kawu and Ido. As a result, about 30 terrorists were neutralized and their enclave and hideout were destroyed,” Major General and Defense Headquarters spokesman Benard Onyeuko said at a news conference on Thursday, as reported by the Premium Times newspaper ‘.

The Nigerian military has deployed ground forces and attack aircraft in its “clean-up operation”.

“Troops from the 7th Guards Battalion and 167th Special Forces Battalion, along with the Operation Whirl Punch air component, conducted a clearing patrol in the general area of ​​Bwari between July 24 and July 26, 2022,” Onyeuko added.

He specified that “among other things, the ground forces also recovered six motorcycles, two AK47 rifles and a fully loaded LMG charger”.

The governor of the state of Kogi, Yahaya Bello, confirmed on Tuesday an attack on the presidential guard in Abuja on Friday night, in which eight people were killed and three soldiers were injured.

The soldiers responsible for the security of the President and his family, as well as other senior officials, were ambushed while patrolling the area of ​​Bwari, a local governorate in the Federal Capital Territory (FCT).

In this area, Nigeria’s law school and Joint Admissions Board (JAMB) is the suspected target of the attackers, suspected of belonging to the jihadist group Boko Haram, as part of a possible expansion of terrorist and criminal networks in the country, many of whom make a living from it to kidnap students.

Attackers suspected of belonging to the Boko Haram jihadist group clashed with the military in an exchange of fire at a checkpoint in the Zuma Rock Madalla area on the Kaduna-Abuja highway on Thursday evening.

The attack happened at 8 p.m. (local time) and it is still unknown if there are any dead or injured, Nigerian TV station Channels Television reported.

This new incident comes amid growing insecurity in the region, which has forced the closure of all schools with “immediate effect” after a video circulated on social media in which the suspects threatened to threaten the country’s President, Muhammadu Buhari, and to kidnap the governor of Kaduna state, Nasir Ahmad al Rufai.

The train linking Abuja and Kaduna is considered a safer mode of transport than the roads leading into this state, which has been rocked for years by attacks from jihadist groups and criminal gangs, which have stepped up their operations in recent months.

Attacks in Nigeria, previously concentrated in the north-east of the country – where Boko Haram and its offshoot, the Islamic State in West Africa (ISWA), operate – have spread to other areas in the north and north-west in recent months.