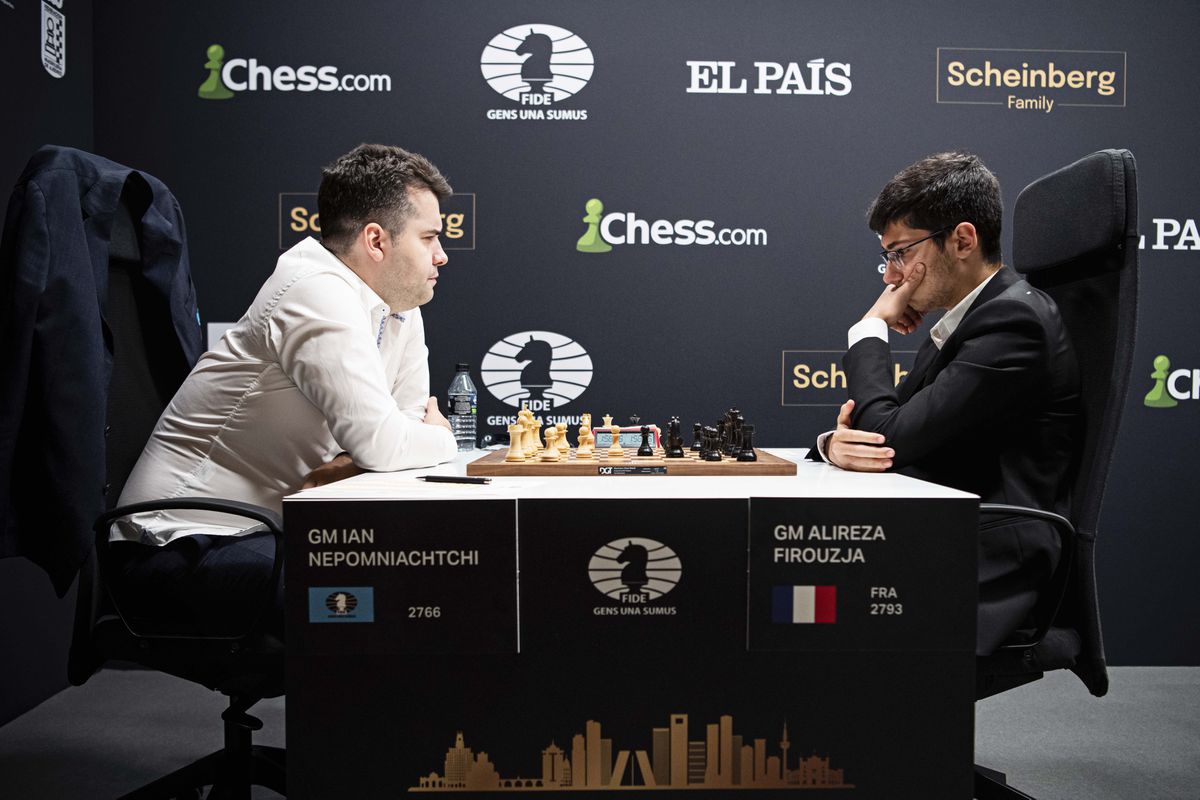 Alireza Firouzja’s confidence and creativity against chess heavyweights brings great freshness, but he must have the limit of common sense. The Franco-Iranian youth didn’t respect him in the 4th round of the Candidates Tournament against the current runner-up, the Russian Ian Niepómniashi. His loss in just three hours removes him from the Slav, who is the sole leader by half a point over American Fabiano Caruana. The other three games ended in a draw. The 5th of the 13 planned rounds will be played this Wednesday from 3:00 p.m. and can be followed live on elpais.com and its YouTube channels.

After the first series of fights, nothing suggested such a powerful result. In the 5th, Firouzja raised the sharp Najdorf Variation with Black, named after the legendary Argentinian Miguel Najdorf. The now Frenchman had never used it in his 32 games (including the rapids) against the Russian, who, after condemning the aggression against Ukraine, now plays with the International Federation (FIDE) flag. Niepomniashi’s reaction clearly showed his uneasiness: he stood up when it was his turn, took off his jacket to hang it over the back of the chair, took a few steps away from the table, turned around and made his 6th move. instantly.

The interpretation of all this is that Niepómniashi feared a dangerous laboratory preparation from his rival, who, after years of being almost self-taught, now has a large group of assistants. But something must have gone wrong with this preparation because we were left without knowing where the poison was. And then, on move 20, the worst happened: Obsessed with always attacking, Firouzja rejected a solid line that would probably have swapped queens and arrived at an even position with an extra pawn for him and more activity from your opponent .

Three moves later, Firouzja went from recklessness and moderate risk to recklessness, sacrificing a pawn for no reason. Niepómniashi admitted to journalists that from that moment on he was sure of his victory. The Russian bear smelled blood and was relentless in executing the young boy. The rest was a massacre that will no doubt boost the current world champion’s self-esteem. His weak point has always been emotional instability, but instead of exploiting it, his competitors give him gifts: Caruana, who had to take half a point from Ding, made the inexplicable decision on Saturday to accept the tie in a very favorable position with little risk; and Firouzja played against him as if he were playing with a childhood friend.

- Advertisement -
Share
Facebook
Twitter
Pinterest
WhatsApp
Previous articleThe COE will not submit a candidacy for the 2030 Games “because there is no agreement between Aragon and Catalonia”.
Next articleFeedly and Discord, among those impacted by Cloudflare’s fall