NGOs encourage companies to mark the solidarity X in corporate tax: “It costs nothing and contributes a lot” 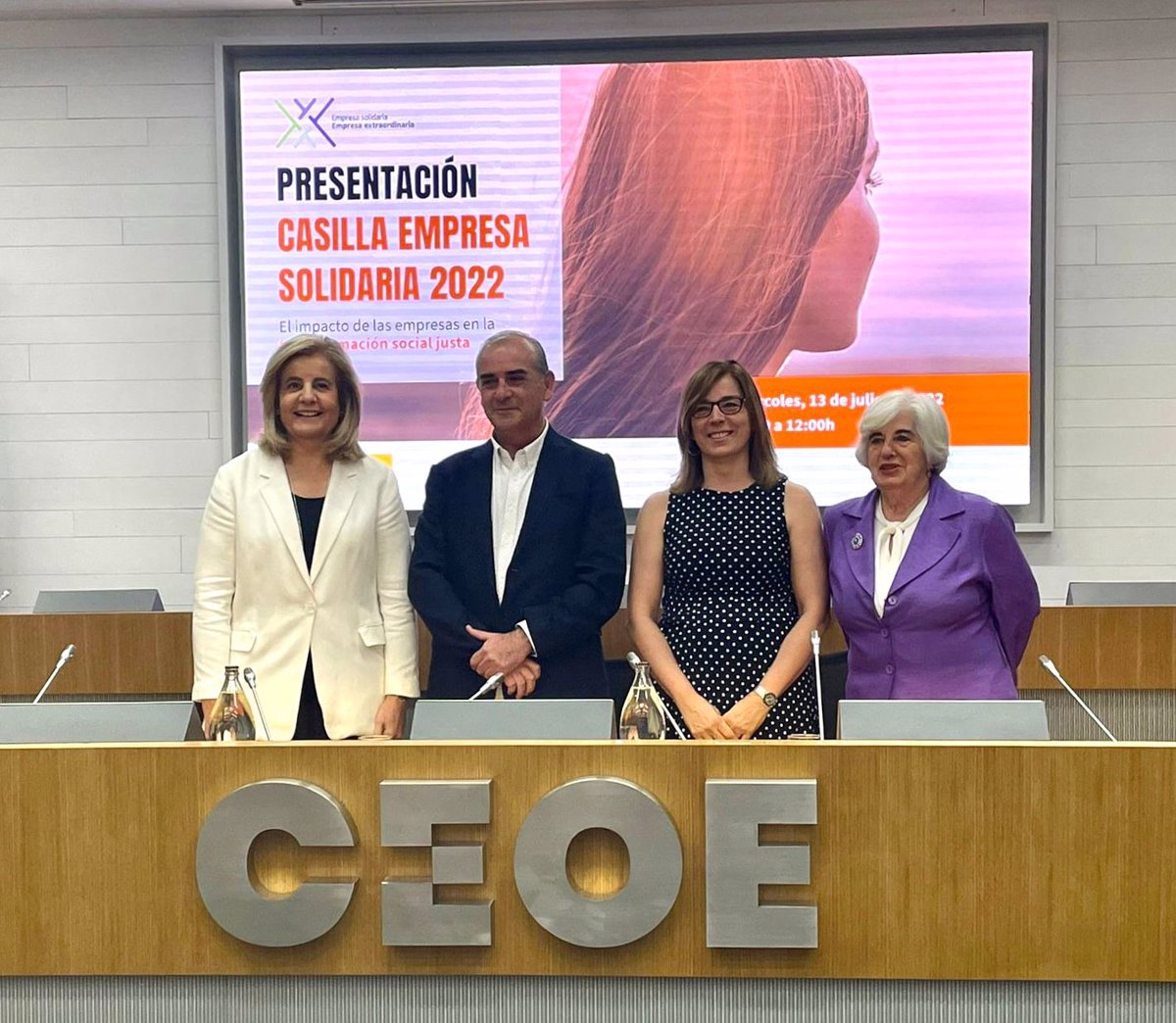 The Third Sector Platform and CEOE have encouraged marking the Solidarity X in the corporate tax, which allows companies to use 0.7% of revenue to fund social interest projects managed by the Third Sector because “ it costs nothing” for the companies and “contributes a lot” to the society.

This was revealed this Wednesday at the event “The Impact of Business on a Fair Social Transformation” held at the headquarters of the Spanish Confederation of Business Organizations (CEO).

During the meeting, the Corporate Tax Solidarity Box was presented, with which, if all companies tick it, it could be possible to collect 186 million euros that will be used to finance projects of social interest managed by the Third Sector and this one aim to end inequalities, poverty and exclusion.

As they recalled from the Third Sector Platform, ticking the Solidarity Company Box is a “free and altruistic” choice that has “zero cost” to companies.

“We are still little known, there are small business owners and freelancers who do not know it and there is no reason to be against it because it costs nothing and does a lot to support the most vulnerable through the third sector,” explained the member Third Sector Platform Communication and Solidarity Box Company Campaign Coordinator Paquita Sahuquillo.

For her part, the President of the CEOE Foundation, Fátima Báñez, added that the solidarity X of corporate income tax is “the X that multiplies social commitment”. “That all Spanish companies know that putting the X when filing corporate tax makes us all better as Spaniards,” he stressed.

Also present at the event was the Director-General for Family Diversity and Social Services, Patricia Bezunartea, who emphasized that society faces the challenge of “moving forward towards fair social change” and in this sense appreciates that “businesses , who choose to check the solidarity box, with a very simple gesture” contribute to the welfare of the most vulnerable.

In addition, the President of the Third Sector Platform, Luciano Poyato, said that this year they want to “go further” and specified that the social transformation must be fair because “social justice is the only thing that leads to it that a society creates equal conditions and opportunities for all people”.

The Solidarity Company box, in existence since the 2018 tax period, was promoted by the Third Sector Platform and since then represents a financial injection to help the 12.5 million people who are victims of poverty or social exclusion, 26.4% of the Spanish population , according to the platform.

In the 2018 financial year, the amount raised exceeded 24 million euros, an amount that has increased in subsequent years, reaching a total of 33 and 36.6 million euros respectively in 2019 and 2020. With a view to opening a new tax period, the Third Sector Platform estimates that 186 million euros could be raised if all companies ticked this box.