New refugee accommodation is being built here in Berlin. 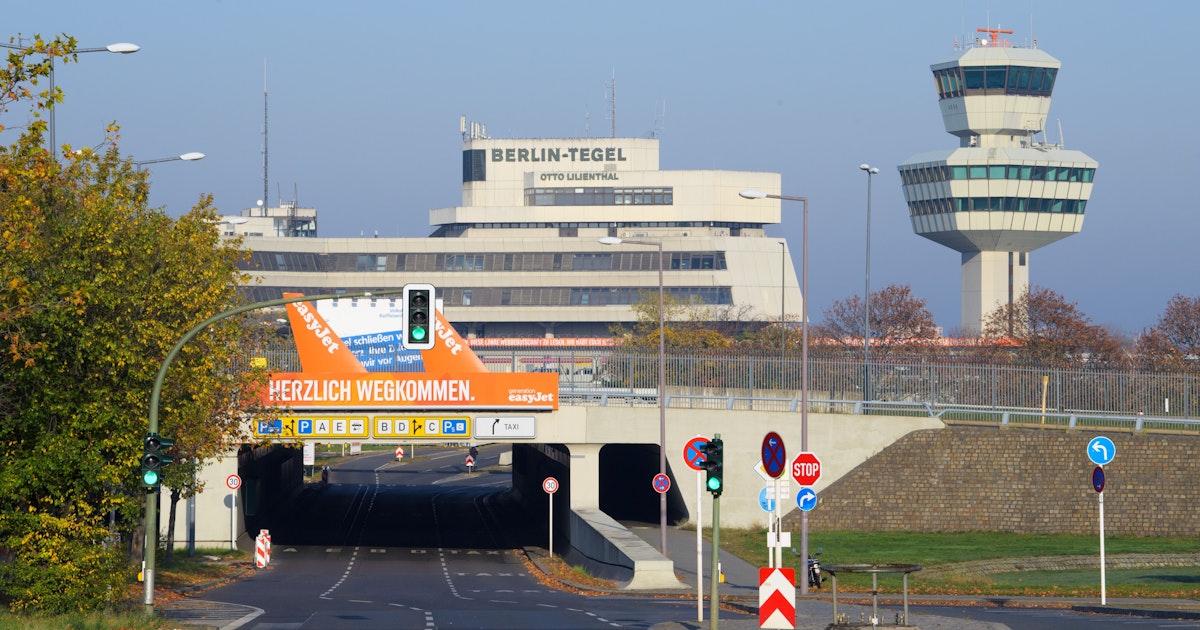 Berlin plans to provide more accommodation for people from Ukraine. This was agreed by the Senate in its extraordinary session on Wednesday night. More accommodation organized by the state of Berlin will be built soon, explained Senator for Social Affairs Katja Kipping (left). They must be in Salvador-Allende-Strasse (Köpenick), in Kurt-Schumacher-Damm (Tegel), in Zossener Strasse (Kreuzberg), in Rheinpfalzallee (Karlshorst) and in Rennbahnstrasse (Weißensee). Terminals A and B at Tegel Airport and a modular accommodation facility at Columbiadamm are also used for accommodation.

The German Red Cross (DRK) Berlin will take over the operation of the planned arrival and distribution center on the site of the former Tegel airport. “We want it to be built gradually, to be at the same time a place where the initial accommodation can be carried out with 2,500 to 3,000 places planned and a core team of full-time employees who carry out this work there professionally”, he pointed out. the government mayor. Franziska Giffey ( SPD) on Wednesday night after a special session of the Senate.

Giffey has not yet given an exact start date. According to the information, the arrivals center should be put into operation as soon as possible. There is still a lack of accommodation. In the past few days alone, the Senate has arranged for 8,000 war refugees to be housed, Giffey said. “We normally accommodate 1,000 people a month.”

It has also been shown that many of the refugees arriving in Berlin do not want to continue their journey elsewhere, but instead want to stay in Berlin. Buses to Lower Saxony or North Rhine-Westphalia are often not fully occupied, the ruling mayor said.

Therefore, sheltering refugees remains a major challenge, Giffey said. Only on Wednesday were there discussions again with the Dehoga hotel and restaurant association about accommodation options, for example hostels and youth hostels.

Social Senator Katja Kipping (left) also noted that more accommodation was urgently needed. “Every day, every night it’s a race between the number of new accommodations being purchased and the number of people arriving,” she said. “I have a feeling that the employees responsible for this have to run a little faster every day.”

Giffey announced that Berlin would also submit an official request for administrative assistance to the Federal Ministry of Defense for support from the Bundeswehr. That is scheduled for Thursday. “It remains the case that Berlin is the hardest hit,” Giffey said. This challenge will be bigger than small in the days to come. “This is why we need the support of the federal government, and we will also request the support of the Bundeswehr through an administrative assistance request.”

Even more people come to Warsaw than to Berlin

According to two FDP parliamentarians from Berlin, the Polish capital Warsaw is said to be in an even more difficult situation than the German capital. “Every day 30,000 people from Ukraine land in the Polish capital, many women, children and also pets,” explains parliamentarian Tobias Bauschke to the Berliner Zeitung. He was at the Central Station in Warsaw over the weekend with the leader of the FDP parliamentary group, Sebastian Czaja, to get an idea of ​​the situation. “It’s a strange and depressing atmosphere there. Lots of joy at the successful escape, but also sadness that family and friends had to part ways.”

Sebastian Czaja and Tobias Bauschke believe that Berlin can still learn a lot from Warsaw. The Poles are still preparing, they say. “There were vaccination booths set up at the train station. This is only now becoming a problem here in Berlin,” Bauschke said. His criticism of the Berlin Senate is current: the coordination of the helpers at the local main station must be improved. Helpers in Berlin are often left alone.(with dpa).