New protests in Sudan after the rape of a woman 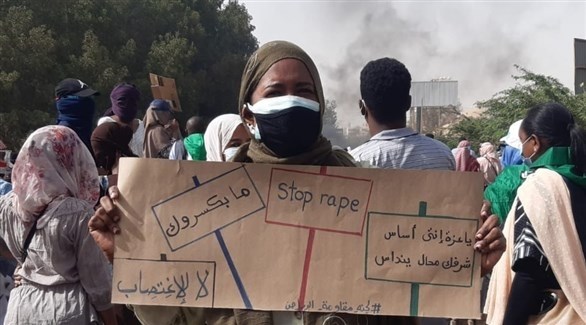 Protesters marched in the Sudanese capital Khartoum and other cities on Tuesday, a day after a government official said members of the security forces raped a young woman during protests against military rule.

The activists called for the demonstrations after reports of the attack emerged on Monday night. In one of them flyers were distributed, “Wars are not made in the body of women.”

For months, Sudan has witnessed protests against the October 25 military coup, organized by neighborhood committees.

A Reuters correspondent said protesters in the capital faced heavy tear gas and stun grenades on Tuesday as they headed towards the presidential palace.

A teacher named Amira Saleh, 38, said: “What happened yesterday of the rape of a girl represents a persecution, not only for women, but for all the Sudanese people, and we will remain on the streets until the demands freedom, justice and human dignity is achieved”.

Salima Ishaq, who heads the Unit Against Violence Against Women at the Ministry of Social Development, said the 19-year-old woman from South Sudan, who was not a protester, was on a public bus when security forces posted near the manifestation. her way fired tear gas, forcing passengers to disembark.

She told Reuters that two security personnel then raped the woman, while others attacked her. She said police were investigating the incident.

Witnesses told Reuters they saw forces from nearby buildings attacking the woman.
Police did not respond to a request for comment.

In December, the United Nations said it had received 13 complaints of rape and gang rape after breaking up a December 19 sit-in in downtown Khartoum.

The incident came after the United Nations and several countries criticized a crackdown by security forces that has killed at least 87 people since October. At least 133 people were injured in Monday’s protests, 35 of whom received pellets.

Elsewhere, student protests erupted for a second consecutive day in the cities of Atbara and Nyala, while protesters took to the streets of Port Sudan during a government delegation’s visit to the city, according to unverified photos on social media. .