New day of remembrance remembers the victims of assassination attempts 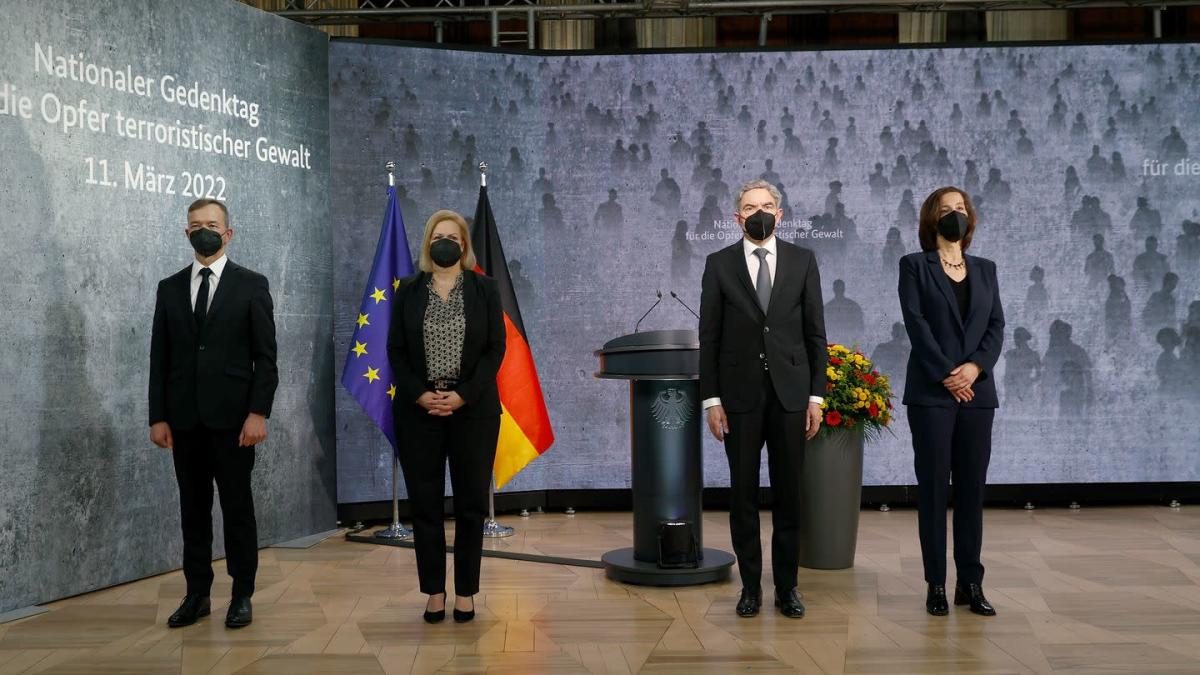 “Many of those affected have waited a long time for this commemoration,” said Pascal Kober, Federal Government Commissioner for the Concerns of Those Affected by Terrorist and Extremist Attacks in Germany. At the central celebration at the Kronprinzenpalais in Berlin, he thanked those affected who, despite their own suffering, had worked for improvements in the general interest. Terrorist attacks are attacks on free society, Kober emphasized. Those who suffer as a result of such attacks “are beaten in the name of all of us”.

“Many are struggling to come back to life with great force,” said Federal Interior Minister Nancy Faeser (SPD). “We can’t leave them alone.” The minister recalled the far-right terrorist attacks in Hanau and Halle, as well as several Islamist attacks, including the attack on the Berlin Christmas market in 2016. The president of the Federal Constitutional Court, Stephan Harbarth, said that the commemoration day was important because it did not reflect terror and its focus on the struggle, but on the victims and their families. You must be heard.

The newly introduced commemoration day is now scheduled for March 11 each year. It is linked to the European Day of Remembrance, which was launched after the Madrid attacks on March 11, 2004 and is celebrated throughout Europe.