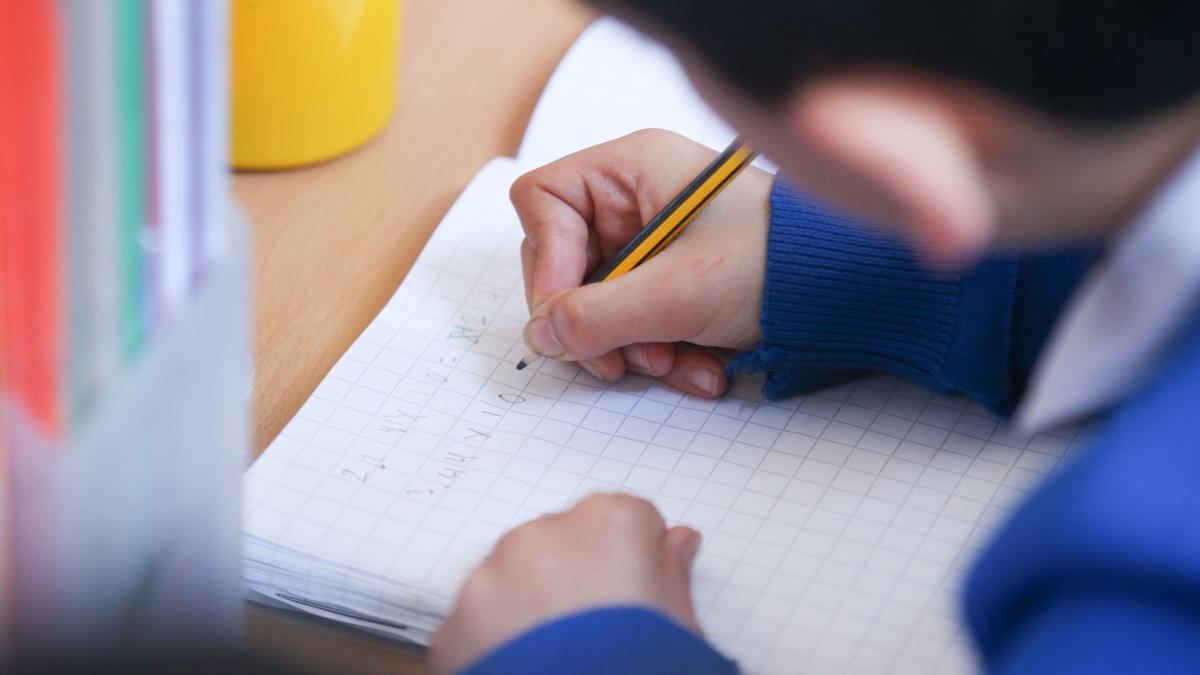 A new national registry will be introduced to prevent vulnerable students from falling through the cracks and disappearing from school rolls, the government announced.

The Schools White Paper announced that laws would be introduced to modernize the way attendance is recorded, with a “national data solution” used to track attendance and provide a “safety net” for vulnerable pupils at risk of disappear from school lists.

A national registry would be introduced to assess how many pupils were out of school across the country, he said.

On Monday, Zahawi told the BBC the department’s national children’s register in England would prevent students from “missing out on education”.

“Some parents do a brilliant job of homeschooling. I have them in my constituency, I have seen that work first hand,” she added.

“But of course some children don’t get an education. That can’t be right, that’s why the national registry is so important.”

Robert Halfon, chairman of the Commons Select Committee on Education, has frequently raised concerns about the number of “ghost children” in the aftermath of the pandemic: pupils who have fallen off school rosters over the past two years.

Some estimates suggest that up to 100,000 students are missing from school lists.

The Paper said it hoped schools and council support services would work closely together to help “severely absent” pupils who miss 50% of their schooling to return to the classroom, and that new legal expectations of teachers would be introduced. assistance services.

Parents will also be able to weigh in on their children’s behavior at school as part of a new national survey, the newspaper said.

In the Schools White Paper, Education Secretary Nadhim Zahawi said behavior and exclusions guidance for schools would be revised, while a new national behavior survey would be launched “to better understand what parents, children, teachers and leaders think about behavior and well-being in their families”. schools”.

The White Paper added that the forthcoming SEND review, published on Tuesday, would set out reforms to “shift the focus from alternative provision towards early intervention” so that pupils are supported in managing their behaviour, and avoidable exclusions can be avoided.

The Paper announced a “Parent Pledge” for students falling behind in math and English, with tutoring available for any student struggling with literacy or numeracy.

This is expected to support the goal of 90% of students completing elementary school meeting expected standards in English and mathematics.

“This could take the form of a phonics remedial program led by a trained teaching assistant, or after-school small-group math classes,” the document says.

Parents will also be kept informed of their children’s progress through the scheme, and schools must monitor student learning through “robust” tests.

The document laid out plans for all schools to join or plan to join a “strong” multi-academic trust by 2030, while academic trust standards would be introduced to regulate the system.

He committed to an additional 500,000 teacher training opportunities by the end of parliament, and also aims to introduce a new minimum 32.5-hour week for schools by September 2023.

Each school would have the opportunity to access funded training for a senior mental health leader, he said.

Natalie Perera, executive director of the Education Policy Institute (EPI), said: “The White Paper contains some bold goals and a number of welcome measures, such as additional support for mental health services at school and additional monitoring of children who are not they are at school

“But it seems unlikely that many of these bold promises will be delivered in practice. Since the pandemic began, children have fallen behind in their learning, and the data released so far shows there has been little catch-up for high school students and much larger losses for the disadvantaged and those in so-called deprived areas. north leveling. and the Middle Lands”.

Sir Peter Lampl, Chairman of the Education Endowment Foundation, which the newspaper has committed to long-term funding, and Chairman of the Sutton Trust, said: “Literacy and numeracy are the building blocks of a world-class education, so what the Government is right to make them the priority.The pandemic has had a devastating impact on young people, and it is right that everyone, but especially those with low and moderate incomes, receive the support they need to succeed.

“We are very excited about the parent engagement, but we must recognize that it is a difficult task. As we’ve seen in a number of research studies we’ve conducted, it’s extremely difficult for young people to catch up once they’ve fallen behind.”

Bridget Phillipson, the Labor Party’s shadow secretary for education, commented: “Is this really? The great idea of ​​the Ministry of Education is that schools should help students who fall behind”.

“Of course they should. That’s what teachers already do. After twelve years in government, it couldn’t be clearer that the Tories have run out of ideas.”

Paul Whiteman, general secretary of the NAHT school leaders union, said: “NAHT has long called for a register of children who are not in school, so this is a move we welcome.”

“Previously, there was no legal obligation for a parent to provide notice to a school of a child’s withdrawal for home schooling.”

“While it may be only a small subset of people who choose, for a variety of reasons, not to engage with authority, from a protection perspective this could obviously put a child at risk, with neither the school nor the authority local know. sure what happened to that child.

“Without an officially maintained registry, there is a potential risk of children being lost in the system. Our members have also raised concerns about the movement of children across local authority boundaries without warning – it is vital that the information can be shared to ensure that young people do not slip through the network.

“Having a national registry should ensure that the exchange of information can occur quickly and accurately, helping to better protect children and young people.”