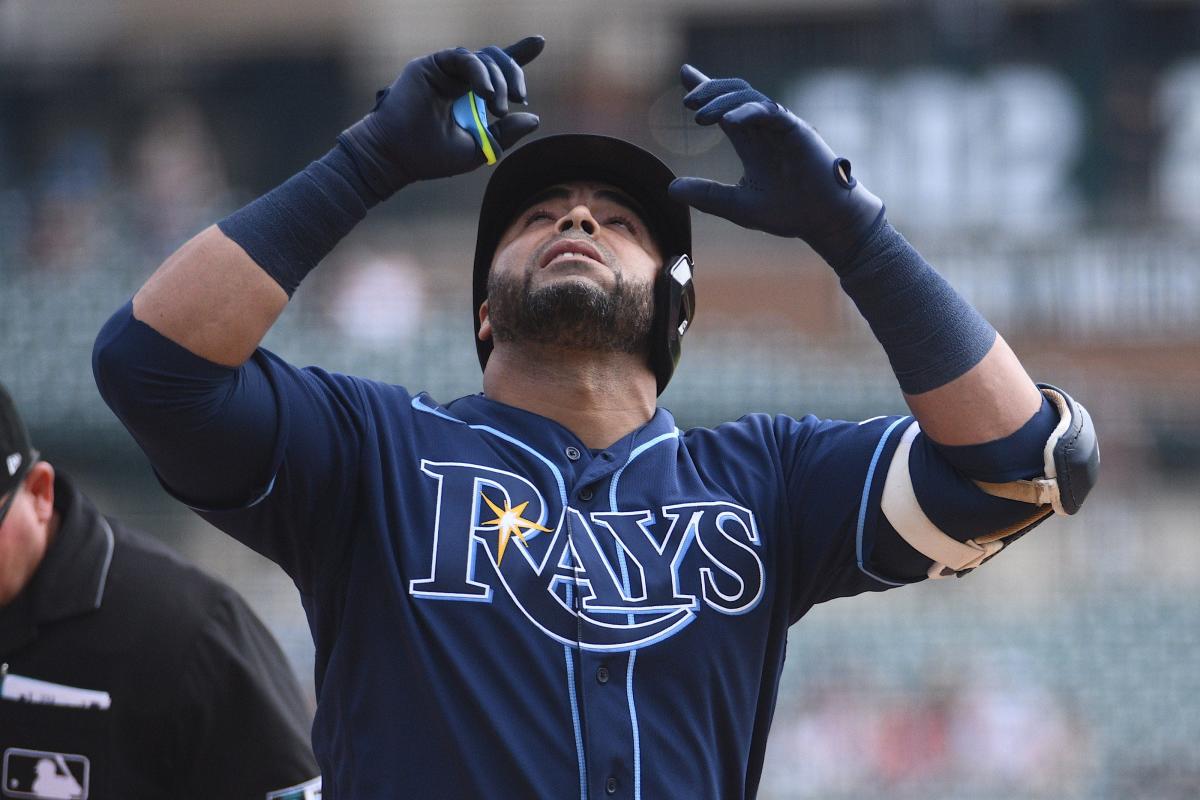 The hot stove was turned back on as Major League Baseball’s lockout ended Thursday, as teams scramble to make moves with Opening Day less than a month away.

Marquee free agents are still available and trade talks are underway across the league, with a number of moves expected in the coming weeks.

Catch up on some of the latest moves from the start of the day on Saturday:

The adoption of the designated hitter in the National League doubled the market for 40-year-old slugger Nelson Cruz, who agreed to sign a one-year, $13 million contract with the Washington Nationals.

Cruz, a seven-time All-Star, hit 32 home runs in 2021 and joined the Tampa Bay Rays in a midseason trade with the Minnesota Twins. Cruz has been one of the most consistent sluggers in baseball for more than a decade, averaging 33 home runs and 89 RBIs with an .889 OPS since 2009.

The Nationals will select Cruz as their full-time designated hitter and will have an imposing middle of the order with Cruz joining MVP runner-up Juan Soto and first baseman Josh Bell.

The New York Yankees and Minnesota Twins have made a five-player trade that will bring former AL MVP Josh Donaldson to the Bronx.

Donaldson, 36, is a three-time All-Star who hit 41 home runs and drove in 123 runs for the A’s in 2015, when he earned MVP honors. He battled injuries later in his career, but hit 26 home runs in 135 games last season for the Twins, splitting his time between third base and DH.

Sanchez, the runner-up for AL Rookie of the Year honors in 2016, is a two-time All-Star and could replace behind the plate for the Twins, who traded starting catcher Mitch Garver to Texas last week in a Kiner deal. . -Falefa.

The Reds traded right-hander Sonny Gray to the Minnesota Twins for a prospect on Sunday in Cincinnati’s first move after the lockout, signaling at least a short-term rebuild.

Gray was one of the Reds’ biggest trading chips this offseason as the club cut player payroll. He is in the final year of his contract (owes $11 million) with a $12 million club option for 2023.

The Reds received right-hander Chase Petty in exchange for Gray, the 26th pick in last summer’s MLB Draft. Petty, who turns 19 in April, was rated the No. 7 prospect in the Twins’ farm system by MLB.com.

The Mets reinforce the bullpen with Adam Ottavino

The Mets added veteran Adam Ottavino to their bullpen in a one-year contract and 4 million dollars, the right-hander returning to New York after spending 2019 and 2020 with the Yankees. Ottavino had a 4.21 ERA in 69 games for the Red Sox last year.

Alberto, a career .333 hitter against left-handed pitching, saw time at second, third and shortstop for the Royals in 2021

Mets get Chris Bassitt in trade with Oakland

The Mets bolstered their starting rotation on Saturday by agreeing to a deal with the Oakland Athletics for right-hander Chris Bassitt.

Bassitt, 33, returned to make two starts in late September, just over a month after taking a 100-mph line to the face Aug. 17 at Chicago. The shot came off Brian Goodwin’s bat in the second inning of a 9-0 loss to the White Sox.

Bassitt went 12-4 with a 3.15 ERA in 27 starts, including his first career complete game. He had been an American League Cy Young candidate when he was injured, going 12-3 with a 3.06 ERA before the injury.

Before the lockout, Toronto signed free agent Kevin Gausman to a five-year, $110 million deal and secured Jose Berrios to a seven-year, $131 million extension. On Saturday, they added southpaw Yusei Kikuchi to the rotation.

Philadelphia is ready to sign Familia, the Mets’ veteran right-hander to a one-year deal worth $6 million. Familia, who saved 51 games in 2016, had a 3.95 ETA in 65 games last season.

He joins Corey Knebel and Jose Alvarado in the back of Philadelphia’s bullpen.

The Texas Rangers traded Isiah Kiner-Falefa, their starting shortstop last season, who was replaced by the highly successful addition of Corey Seager, to the Minnesota Twins for catcher Mitch Garver.

Kiner-Falefa won a Gold Glove playing third base during the pandemic-shortened 2020 season for the Rangers. It looked like Kiner-Falefa would have a chance to be their starting third baseman again this season, especially after prospect Josh Jung had shoulder surgery last month. Now it looks like Kiner-Falefa, the Hawaiian native who turns 27 later this month, will be at his preferred position at shortstop in Minnesota.

Garver had a breakout season in 2019 with 31 home runs in 93 games while winning a Silver Slugger Award, but the 31-year-old catcher has struggled with injury the past two years. He struggled through the pandemic season in 2020, then missed most of the 2021 season after picking up a foul in the groin area and needing surgery.