Neither women nor blacks are among the favorites to govern Brazil 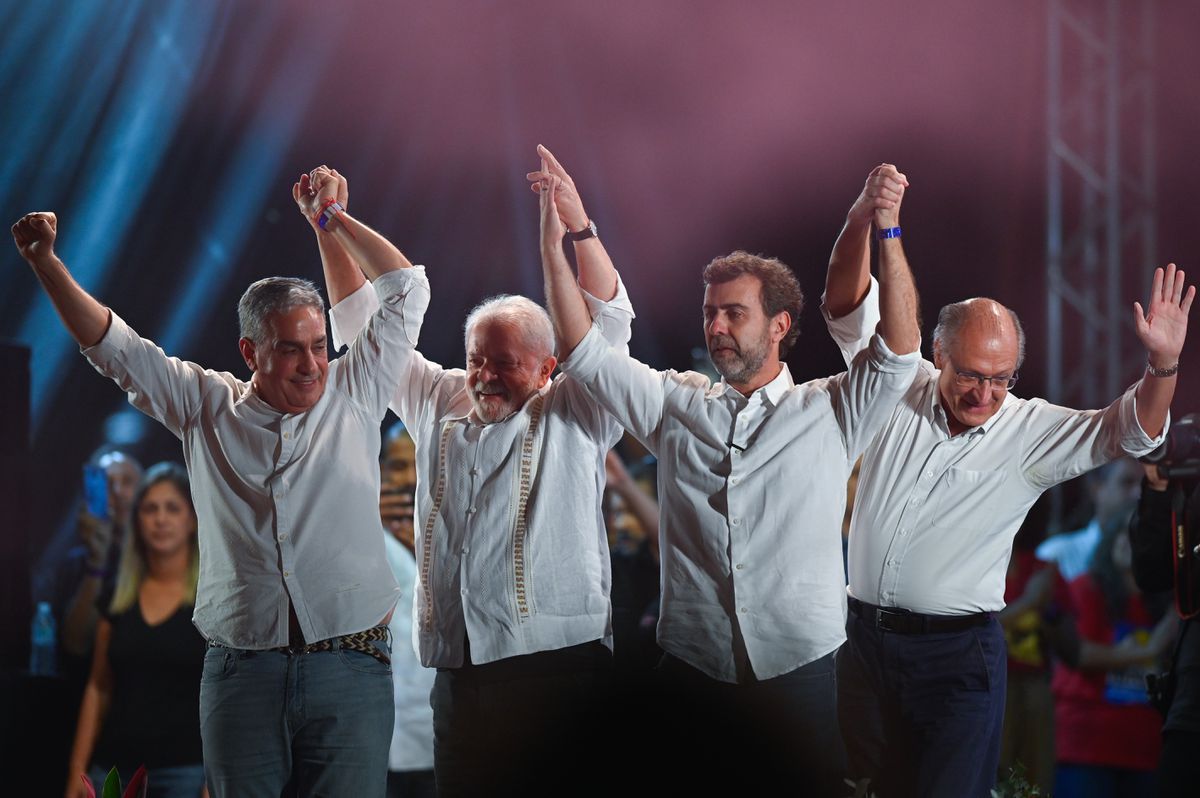 Former Brazilian President Luiz Inácio Lula da Silva is 76 years old. His number two on the list for the presidential election, Geraldo Alckmin, 70. President Jair Bolsonaro, 67, chose his former defense minister Walter Braga Netto, 65, as his vice presidential nominee after October Elections are male, white, heterosexual and gray-haired. You are in a predominantly female country where half the population is under the age of 30 and where 56% identify as black or mixed race.

Women are not at the top of the lists, contrary to a growing tendency in the rest of the region for candidates to reflect social diversity, be it gender, race or origin. And it’s a setback compared to the election four years ago, when all major parties except Bolsonaro put a woman in second place.

This year, the Brazilian President has received a lot of pressure to nominate former Agriculture Minister Tereza Cristina Dias as his candidate for Vice President, but in the end, like in 2018, he opted for a retired general who he will run for in Rio de Janeiro Presenting re-election, the far-right leader showered her with praise: “She’s a giant in the ministry, a great little woman who makes a difference.” But the only woman speaking at the rally was one who did not contest position: Michelle Bolsonaro , the first lady. His public display is considered key to attracting the female vote, which has 60% opposition to the President. The paradox is that especially in the elections, in which women’s votes will be decisive, the parties have not only backed men in the race for the federal government. There will only be two candidates for governor in Brazil’s 27 states.

When Lula da Silva’s Labor Party (PT) made the unusual alliance with former right-wing rival Alckmin official in April, a photo spread like wildfire on social media. Among the 15 participants at the meeting, all white, only two were women: Lula’s wife Janja and PT President Gleisi Hoffmann. On Twitter, the left itself cried out to heaven. “Zero black, zero trans people and so go zero. It looks like that will be the face of the government if it wins,” one netizen wrote.

Former President Lula himself, knowing the photo would create a queue, wanted to anticipate criticism by saying he would like more female representation at the next session, explaining with surprise that in Mexico the Chamber of Deputies is 52% women the Senate has 46% and there are 35% women mayors. In Brazil, these percentages are around 15%. “I don’t want to get too busy so quickly, but at least distribute the chairs a little more and place more women,” he said. But good intentions, even more so with that condescending patina and no sense of urgency, aren’t enough. Everyone is talking about “representativeness” in Brazil, but it does not reach the highest levels of power. What’s happening?

For the co-director of the Alziras Institute, Michelle Ferreti, the parties act as stoppers and do not channel the demands that exist on the street. “We live the resistance of the leaders of the traditional parties, because in the end it’s a zero-sum game. In order for someone to sit on the chair, someone has to stand up. And nobody wants to give up their privileges,” he criticizes. Ferreti’s organization, which campaigns for more women in Brazilian politics, is named after Luiza Alzira Teixeira Soriano, the first woman to win elections in Brazil and the first woman mayor in Latin America. He took power in the small town of Lajes in the state of Rio Grande do Norte in 1929. Many things have changed since then, but milestones such as the arrival of Dilma Rousseff in the presidency (2011-2016) with the workers’ party remain exceptions to the rule.

A few weeks ago, the Brazilian left celebrated that a woman, Afro-descendant and environmentalist, Francia Márquez, won Colombia’s vice presidency. The youth of the new Chilean head of state Gabriel Boric (he is 36 years old) and his government, in which the ministers form the majority, were also celebrated. In Brazil, the primary promises a very different future: among the presidential candidates, Senator Simone Tebet is the only woman to appear in the polls, which give her a 2% turnout. A section of his party, the MDB, is already urging him to throw in the towel and accept Lula’s candidacy, the clear favorite against the others.

With the battle for the executive lists apparently lost, those for the legislature remain. Mid-August is the deadline for submitting nominations to the House of Representatives, Senate and state legislatures. Then it will be seen whether the growing pressure from the Black, Indigenous and feminist movements translates into a greater diversity, one being the candidacies and the other the chances of success. In 2018, half of the candidates were black and only 4% were elected. In fact, black women are the most underrepresented: they make up 28% of the population but occupy only 2% of seats in the National Congress.

Statutory quotas to encourage women’s entry into politics have existed in Brazil for 25 years, but parties circumvented them in various ways until 2018, when a reform forced 30% of lists not only to be reserved for women, but also funded his campaign proportionally. More recently, Congresswoman Benedita da Silva, who was then the country’s first black woman senator, managed to split campaign resources equally between whites and blacks.

Ferreti believes that the tools created in recent years are “fundamental” and that they must be valued because the money is better distributed now, but he believes that more daring actions are needed to really transform the photo. “It’s not like Brazil is falling behind. It’s long gone. Brazil had the first Latin American mayor, but after 100 years we have made little progress. Our neighbors have made much more progress because they had the courage to reserve seats in the legislature for women,” she emphasizes, referring to the cases of Mexico, Chile or Bolivia. Putting quotas on the seats and not the lists would be the way to ensure there are women, yes or yes.