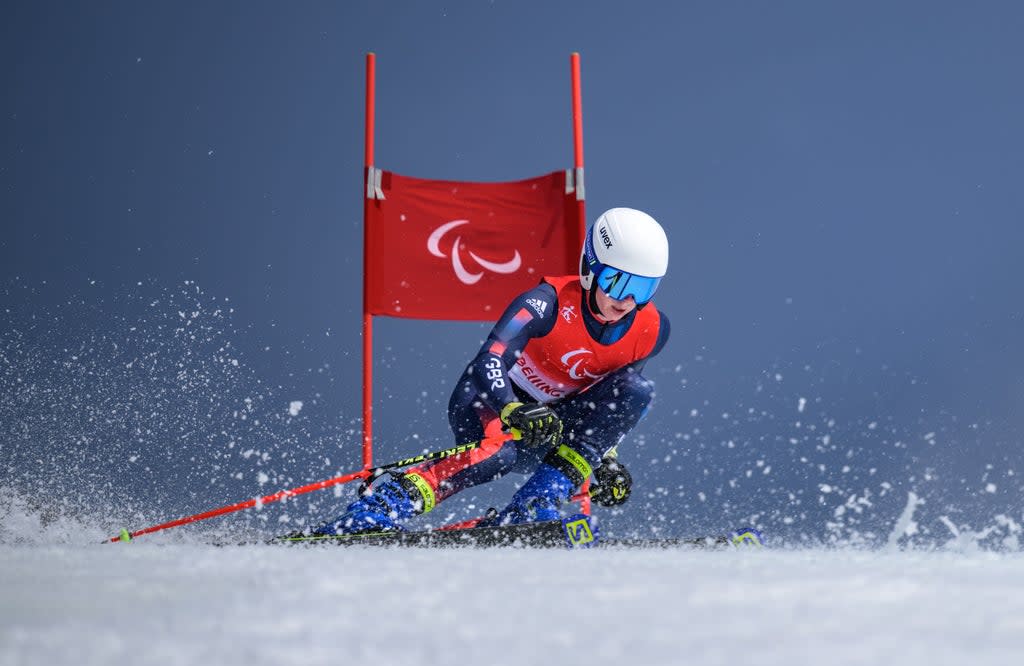 Golden boy Neil Simpson was the flag bearer for Great Britain alongside his brother Andrew at the closing ceremony of the Beijing 2022 Winter Paralympics.

The 19-year-old made history by claiming Britain’s first men’s Paralympic gold in the snow, triumphing in the visually impaired men’s Super-G class, with his 21-year-old brother Andrew as his guide.

He was the only Briton to stand on the podium in 2022, also winning bronze in the men’s super combined class and had the honor of wearing the Union Jack as the Games closed on Sunday.

“Being chosen as flag bearer at the closing ceremony is a great honor for me and my brother,” Neil Simpson told the ParalympicsGB website.

“When we were asked, it really made what has already been a special game for us even more amazing.

“It’s been really special, a really great experience. The atmosphere of the team has been very good, everything has been well organized.

“Coming out to the Games was something quite special anyway and then we wanted to try and enjoy it.

“What I have learned is that we have nothing to fear at this level of competition. You have the hype and the added pressure, but if you can put that aside, you can treat it like just another race.”

They failed to add to their tally on the final day of Sunday, although more history was made when Steve Arnold, Scott Meenagh, Steve Thomas and Callum Deboys became the first British team to complete the open cross-country relay.

The quartet finished 12th with a time of 35:27.3, which Meenagh cited as a historic achievement.

“It’s pretty significant in terms of a marker of progress for how the program has developed,” he said.

“Having a relay team at the start line today and a ream of relays that didn’t include every athlete we have on the field is testament to the progression we’ve made.

“We have reached eons in such a short period of time, every other nation in the world has also noticed and it is something we are really proud of. Just to feel like the team here is just a real marker maybe coming to Milan, we took part today and hopefully four years from now we’ll be on that starting line competing in a race like the relay.”

The Simpson brothers were in action on the final day, finishing ninth in the men’s slalom, while James Whitley finished eighth in the standing slalom.