Negotiators from kyiv and Moscow have met again, without result. – Politics 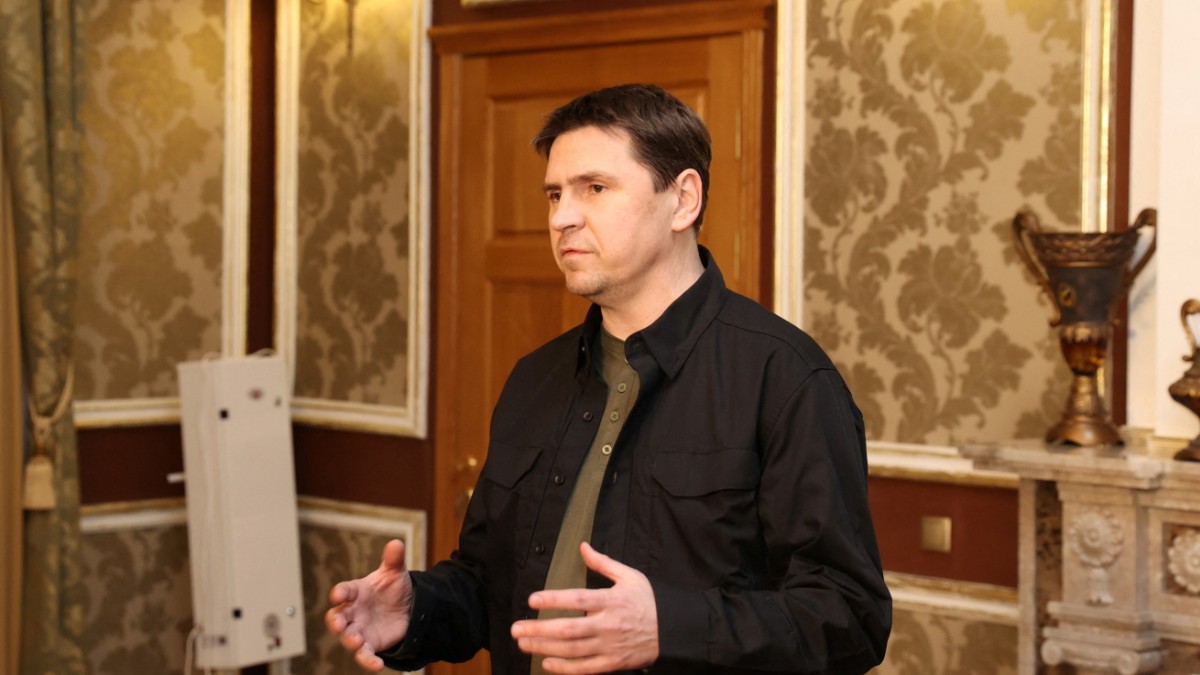 No one could or would say exactly where hope should come from. But for some it was there. Russian and Ukrainian negotiators met for the fourth time on Monday, though this time via video link, to discuss progress or even a settlement in the war. Before the talks began, Russian delegation member Leonid Slutsky said that both sides had made significant improvements since the start of the first round of negotiations. But that there could be fundamental progress towards a ceasefire, even towards a political solution, none of this was initially apparent on Monday. Not even the afternoon had passed when the negotiations were interrupted by “a technical break” and rescheduled for this Tuesday.

Ukraine’s presidential adviser and negotiator Mikhail Podoljak posted on Twitter on Monday morning a photo of himself in the cool conference room, dressed in olive green, split screens in front of him, the blue and yellow Ukrainian national flag behind him. In addition, the clear position: “Peace, immediate armistice, withdrawal of all Russian armed forces. And only then can we talk about neighborly relations and political agreements,” Podoliak wrote. It seemed as if self-confidence was completely on Ukraine’s side these days.

Podoljak even had a sense of mockery towards Russia. He tweeted that communication was quite difficult and the reason for the disagreement so far was the different political systems. “Ukraine: This is a free dialogue in society and the need for consensus.” Russia, on the other hand, means “the ultimate oppression of society itself.” Selensky’s adviser had been correspondingly cautious before the start of the negotiation talks. “Although Russia is aware of the futility of its aggressive actions, it is under the illusion that 19 days of violence against peaceful cities is the correct strategy,” Podoliak wrote.

Putin is likely to avoid meeting with Zelensky: it would be a loss of reputation

In a video address, President Zelensky had previously urged direct talks with Russian President Vladimir Putin. “Our delegation has a clear task: to do everything to make a meeting of presidents possible,” Zelensky said Sunday night. The Kremlin said it would not reject such a meeting if “specific issues” were at stake.

However, Putin is likely to avoid a direct meeting with Zelenskiy, because it would mean a loss of reputation for the Kremlin chief. Putin described the Ukrainian leadership in kyiv as a gang of neo-Nazis and drug addicts. Therefore, the first cautious signals from Moscow could be an indication that Russia is not currently in a position to negotiate to meet its top demands, despite the massive bombing in Ukraine. This could also be supported by the fact that former Russian Foreign Minister Igor Ivanov called on all parties to return to diplomacy on Monday. However, Ukraine was attacked.

Moscow has recently refrained from naming a new leadership in kyiv as a target for attacks. However, he insists that Ukraine accept the Crimean Peninsula, annexed by Russia in 2014, as part of Russia. And also the eastern Ukrainian regions of Donetsk and Luhansk as independent states. However, Ukrainian President Zelensky is not ready for this at the moment. He may be speculating that his country will be able to continue its military resistance despite the growing need. Until now, as a political concession, he has indicated above all that his country could renounce NATO membership on the condition that international security guarantees are granted.