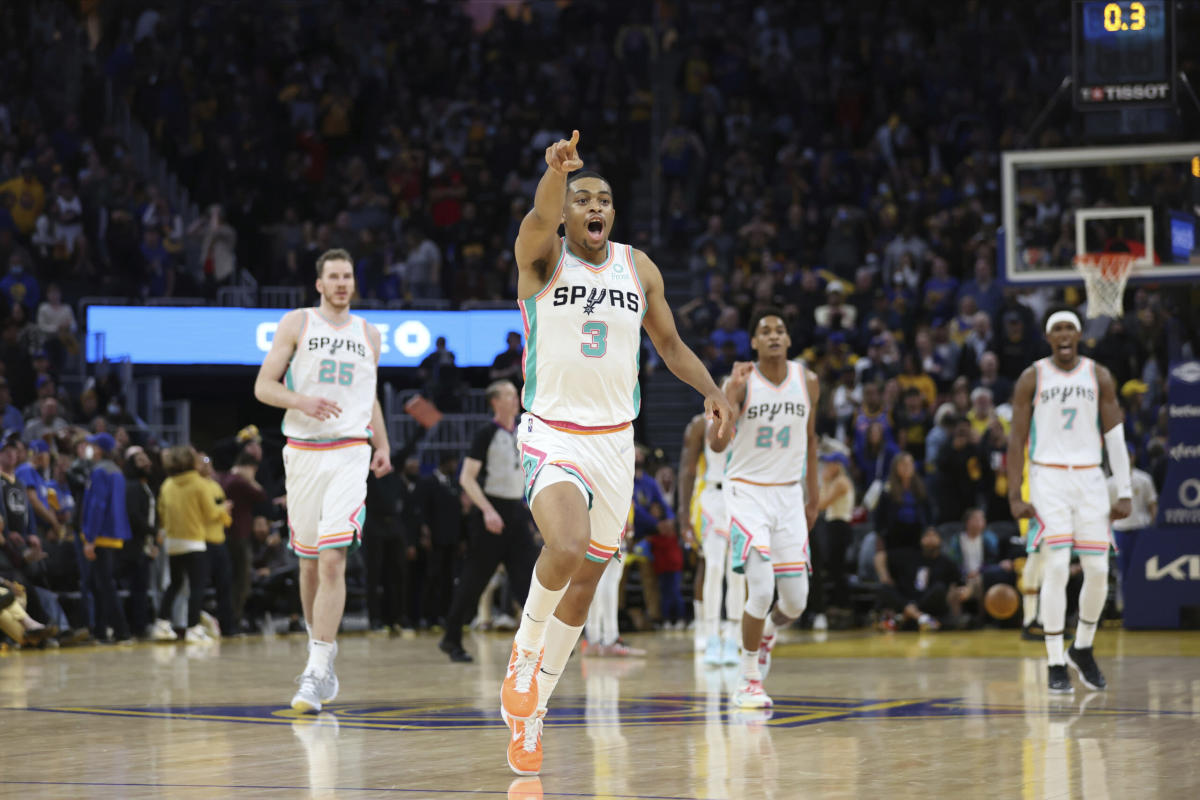 The Golden State Warriors entered Sunday night’s game against the Spurs facing a new reality without Stephen Curry in the lineup for an extended period, and Golden State awkwardly let a home win slip away in the final seconds.

In a game in which Draymond Green was controversially ejected in the third quarter, Andrew Wiggins had a chance to give the Warriors late insurance at the free throw line, but his struggles continued.

After Jonathan Kuminga made an acrobatic save to help the Warriors secure an offensive rebound, Wiggins was fouled and sent to the line with the game tied 107-107 with three seconds remaining. Wiggins, who is shooting a career-low 63 percent from the free throw line this season, made the first but missed the second, and Kevon Looney was called for what Steve Kerr called a “strange” foul struggling for the rebound.

Spurs big man Jakob Poeltl made the first, and after missing the second, Keldon Johnson was able to grab the offensive rebound and shoot the game-winner.

Here’s what fans and analysts were saying after Sunday’s crazy finish:

Jordan Poole ties the game with a driving layup