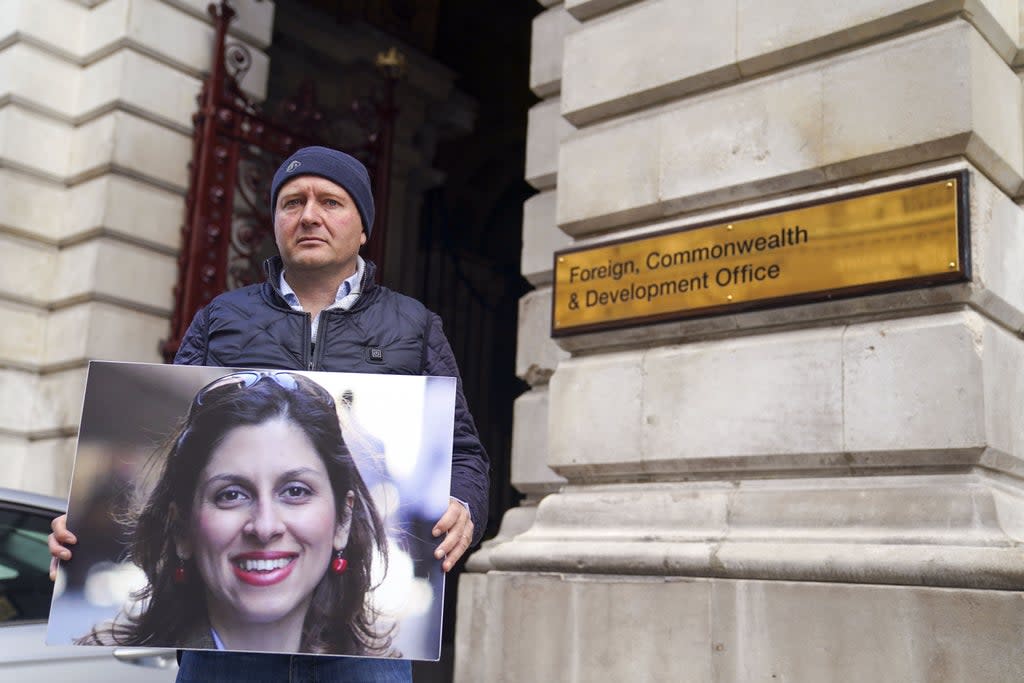 Nazanin Zaghari-Ratcliffe has been released and is “on her way home” to Britain along with British-Iranian businessman Anoosheh Ashoori, her lawyer Hojjat Kermani said.

The mother-of-one, from Hampstead, was arrested on charges of plotting against the regime while visiting family in Tehran in 2016.

She was sentenced to five years in prison and then received another year in prison last April after being charged with “spreading propaganda”.

She was told by Iranian authorities that she will be released, along with Anoosheh Ashoori and Morad Tahbaz, and the Iranian-American businessman who also has British citizenship, when the UK repays a £400m debt to Tehran.

The £400m debt relates to a dispute over the sale of defense equipment in the 1970s.

Before the Iranian revolution of 1979, the United Kingdom and Iran were considered allies.

Great Britain offered support to the country in exchange for concessions in sectors, such as oil, and the government was able to buy arms from the United Kingdom.

In the 1970s, when Shah Farah Diba was faced with the rise of Arab nationalists, he ordered some 1,500 Chieftain main battle tanks and 250 repair vehicles from Britain at a cost of around £600 million.

The UK state-owned International Military Services delivered 185 tanks before the 1979 uprising and the creation of the modern Islamic Republic of Iran.

The seizure of the US embassy and the hostage crisis sparked decades of tension between the West and the UK and the tank deal was rescinded.

When the new Iranian leader, Ayatollah Khomeini, asked for a refund of £400 million to compensate for the missing weapons, Britain refused.

What have the courts said?

Iran has now been chasing debt for more than four decades. In 2009, an international court in the Netherlands ordered Britain to return the money.

International Military Services Ltd and the Treasury agreed to deposit the balance with the high court. But the money never reached Tehran and is in a separate trust in the UK.

The case has now morphed into a dispute over interests. Last year, Iran lost its latest battle when three judges ruled in favor of the UK over £20m in interest payments.

Why hasn’t it been paid?

In June 2008, the EU imposed sanctions on Iran’s Defense Ministry, which meant that the payments could not be made legally. Iran asked a Treasury agency for the money to go to Iran’s central bank, as the bank was not a sanctioned entity.

But the request never received a formal response and Iranian lawyers have deferred appeals for a UK judge to hand over the money.

Initially, the UK government cited that the payment would violate UN sanctions and that any bank helping to transfer the cash would be vulnerable to secondary sanctions or fines from the US Treasury.

Some ministers are also believed to be opposed to giving the sum to a regime like Iran’s or appearing to pay a ransom to secure the prisoners’ release.

Former Foreign Secretary Jeremy Hunt has said practicalities are holding back the payment, but it should not be seen as the equivalent of a ransom payment but rather as the settlement of an outstanding debt.

“We are a country that pays its debts,” he said.

What does this have to do with Nazanin Zaghari-Ratcliffe and other imprisoned dual nationals in Iran?

Ms Zaghari-Ratcliffe’s family have said they were told repeatedly that her arrest was related to the debt the UK owes to Iran.

Foreign Minister Mohammad Javad Zarif also cited the debt in an interview at the United Nations General Assembly in New York in 2019.

The United States, France, Germany, and Canada have been more successful in securing the release of prisoners jailed on trumped-up security charges.

British-Australian citizen Jolie King and her boyfriend Mark Firkin were arrested in 2019. Iranian authorities accused the couple of spying by flying a drone, which they were using to take selfies.

Ms. King, who had been sharing a cell with Ms. Zaghari-Ratcliffe, was released after three months and all charges were dropped.

According to the Australian minister, his government had “very sensitive” negotiations with Iran, which ensured his return to Australia.