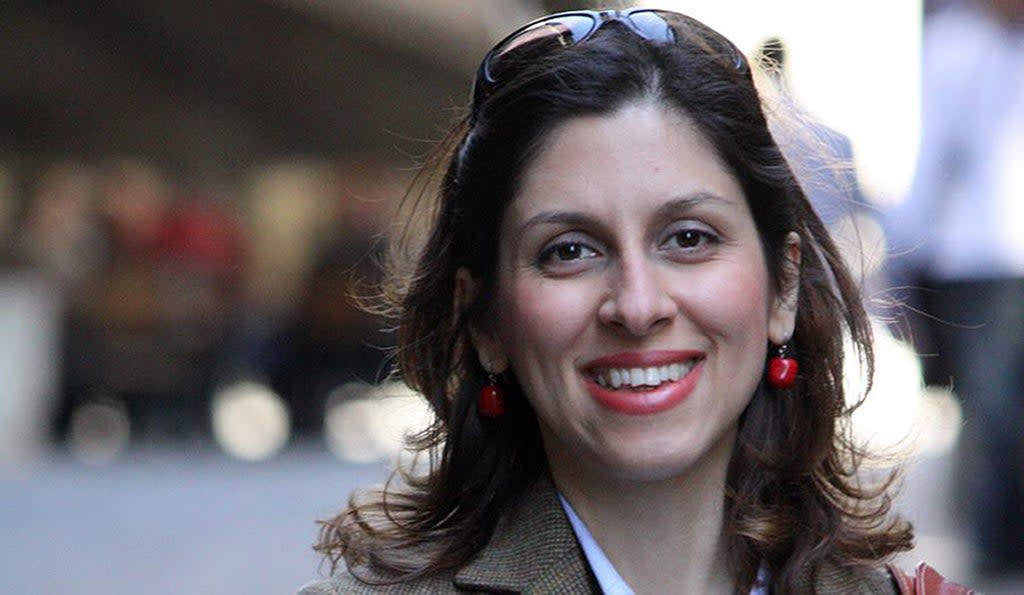 Talks over the Nazanin Zaghari-Ratcliffe case are at a “sensitive” stage, Boris Johnson said on Tuesday after Iranian authorities returned the detained British-Iranian mother’s passport.

The move had raised hopes that Ms Zaghari-Ratcliffe might eventually be released, but the prime minister declined to comment in detail, saying he did not want to “tempt fate”.

His lawyer, Hojjat Kermani, told Reuters: “I hope we will have some good news soon.”

Ms Zaghari-Ratcliffe has been detained in Iran since 2016, when she was arrested on charges of plotting to overthrow the government.

His ongoing imprisonment, and that of other dual nationals of the UK and Iran detained in the country, has been linked to a £400m debt related to a canceled order for 1,500 Chieftain tanks dating from the 1990s. 1970.

Ms Zaghari-Ratcliffe’s MP, Tulip Siddiq, said her constituent was still at her family’s home in Tehran and that she understood a British negotiating team was in the capital.

“I am very pleased to say that Nazanin Zaghari-Ratcliffe has had his British passport returned,” Siddiq said.

“I will continue to post updates as I receive them,” added the Labor MP for Hampstead and Kilburn.

Speaking to the BBC, Rebecca Ratcliffe, Ms Zaghari-Ratcliffe’s sister-in-law, said: “It seems like some kind of acknowledgment that the Iranians are preparing for her to come home at some point.

“I think she’s so tired of reading too much into things and until she’s on that flight home she just can’t believe the release is imminent so it’s a huge step forward we just don’t quite know how to interpret it at this moment. .”

In March, Ms. Zaghari-Ratcliffe was released from house arrest and had her ankle tag removed after serving a five-year prison sentence, but the Iranian regime re-arrested her in April on propaganda charges.

Johnson’s official spokesman said the debt to Iran has not been paid and reaffirmed Britain’s official position that there is no link between the money and the Zaghari-Ratcliffe case.

“There is no change in our position on this,” the spokesman said. “We are committed to paying the debt. We are exploring options to resolve it. It hasn’t been resolved.”

He added that discussions were “ongoing” in relation to other dual nationals being held by Iran, saying: “We have long called for the release of British citizens unjustly detained in Iran.”

Johnson was also reluctant to elaborate, telling reporters: “I think it’s very important when there are quite sensitive discussions, negotiations going on in Tehran about some of our most difficult consular cases, particularly Nazanin Zaghari-Ratcliffe, it should say as little as possible unless and until the thing is effectively concluded”.

In January, the daughter of another British-Iranian detained in Iran said her father was going on a hunger strike due to lack of progress in securing his release.

Retired civil engineer Anoosheh Ashoori has been held in Evin prison on charges of spying for Israel, which he denies, for more than four years.

In a video posted in connection with the hunger strike, Elika Ashoori said she was “extremely worried” about her father’s health at the time “as his 68th birthday approaches.”

In December, Foreign Secretary Liz Truss said the £400m Britain owes Iran is a “legitimate debt” that the government wants to pay.

Sacha Deshmukh, executive director of Amnesty International UK, warned that the latest reports should be treated with caution as there has been “false dawn after false dawn” in the long process.

He said: “We sincerely hope that these reports are correct.

“The detainees and their families have been suffering for years, and a resolution cannot come fast enough.

“It has long been clear that Iranian authorities have been targeting foreign nationals on trumped-up charges related to national security in order to exert diplomatic pressure.

“In the past we’ve had false dawn after false dawn on potential developments, so it’s right to be cautious at this point.”