Navalny takes advantage of his trial to criticize Putin 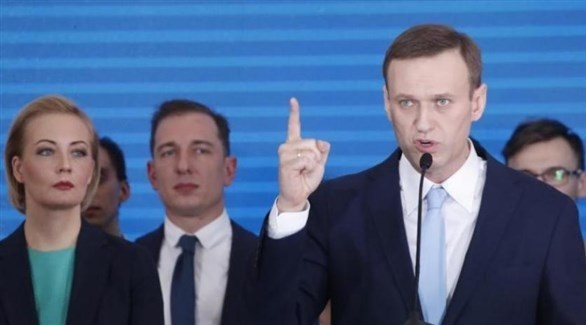 Russian dissident Alexei Navalny took advantage of his trial, on fraud charges that could carry an additional 13 years in prison, for expressing his opinion on the war in Ukraine.

Navalny used his closing remarks, some of which were not clearly audible on the radio due to a technical glitch, to criticize Russian President Vladimir Putin’s war against Ukraine.

“Now we realize that there are not only evil, greedy and stupid people in power, but also crazy people,” he added.

The verdict is scheduled for March 22.

In addition to the proposed prison sentence of 13 years, Prosecutor General Nadezhda Tikhonova demanded that Navalny be fined 1.2 million rubles ($10,800) for the alleged fraud.

Navalny, who is currently being held in a punishment camp in Pokrov, some 100 kilometers east of Moscow, is an outspoken critic of Putin.

His trial was criticized as being politically motivated.

Navalny’s team said “the prosecution’s demands are further proof of the illegal nature of the trial.”

“We have said before that Putin wants to keep Navalny in prison forever,” said his spokesman, Kira Yarmush.

According to Navalny’s team, he faces up to 15 years in prison for embezzling funds from his now-banned anti-corruption foundation and insulting a judge.

The court earlier rejected the request to transfer the trial to Moscow.

“The reason for this is that those who ordered the trial are afraid that everyone will know that the charges against them are false,” Navalny said in court.

However, several journalists have traveled to Pokrov, according to the Novaya Gazeta newspaper, which has criticized Putin in the past.

“Putin was trying to get revenge on Navalny after he failed to kill him,” Yarimsh said, referring to Navalny’s assassination attempt in August 2020, when he was poisoned with the chemical nerve agent Novichok.

The Kremlin denied any connection to the assassination attempt.

After recovering in Germany, where then-German Chancellor Angela Merkel visited him at Charité Hospital in Berlin, Navalny returned to Russia a year ago, only to be arrested on arrival for violating parole procedures from his previous conviction. to leave the country. while he is unconscious for medical treatment.