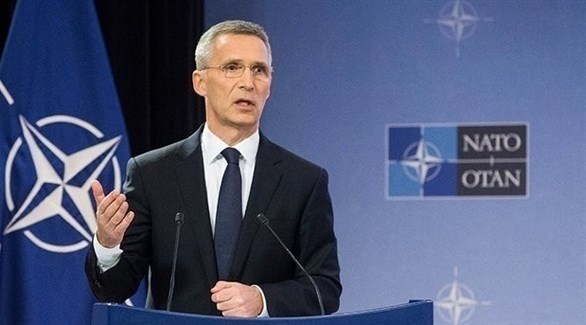 Such a move would constitute a violation of security agreements with Russia, according to diplomatic sources today, Wednesday.

The sources stressed, without disclosing details of the secret proposal, that Russia could not expect the alliance to abide by previous agreements, after the invasion of Ukraine brought about a complete change in the security situation in Europe.

The Constitutive Act of Joint Relations, Cooperation and Security between Russia and NATO obliges the alliance to refrain from sending “large combat forces” permanently to its eastern regions, among other things.

The deal also includes a NATO guarantee not to place nuclear weapons on the territories of new alliance members. Diplomats said that was not scheduled to change at the moment.

The defense ministers of the NATO countries held a meeting on Wednesday to discuss the military reinforcement of the member states of Eastern Europe. Stoltenberg presented his proposal during the meeting.

The Eastern European members of the alliance (Bulgaria, the Czech Republic, Estonia, Latvia, Lithuania, Poland, Romania and Slovakia) demand a strong response from NATO given their geographical proximity to Russia.

German Defense Minister Christine Lambrecht said after the meeting that “Stoltenberg’s proposals must be carefully studied to see if ‘this degree of magnitude is really necessary’.”

“Our commitment to Article 5 is strict and you can expect that … we will honor that commitment,” US Defense Secretary Lloyd Austin said at the start of talks in Brussels, referring to the collective defense commitment. in the founding treaty of NATO.

Demonstrators gathered in front of the NATO headquarters chanted slogans such as “Protect the Ukrainian sky” and “Air defense of Ukraine”.

The United States and several other NATO powers have repeatedly rejected calls for the alliance to impose a no-fly zone in Ukraine.

“I think (the Russian side) has not achieved its goals in Ukraine, it needs to create a bigger problem, it needs to go further,” Lanette said on the sidelines of the meeting.

He added that this Russian escalation “could come in the Baltic states” or elsewhere.

Lannett called on NATO to do more to protect Ukraine from Russian military attack, saying, “Today’s Ukraine is the front line to protect our democratic values.”

“There are now hundreds of thousands of troops on high alert across the alliance,” Stoltenberg said. He added that 100,000 US troops are in Europe and that 40,000 troops are now under the direct command of the alliance.

He explained that more land, sea and air reinforcements are possible to defend the eastern wing members “in the long term in all aspects” and that they will be on the agenda of the meeting.