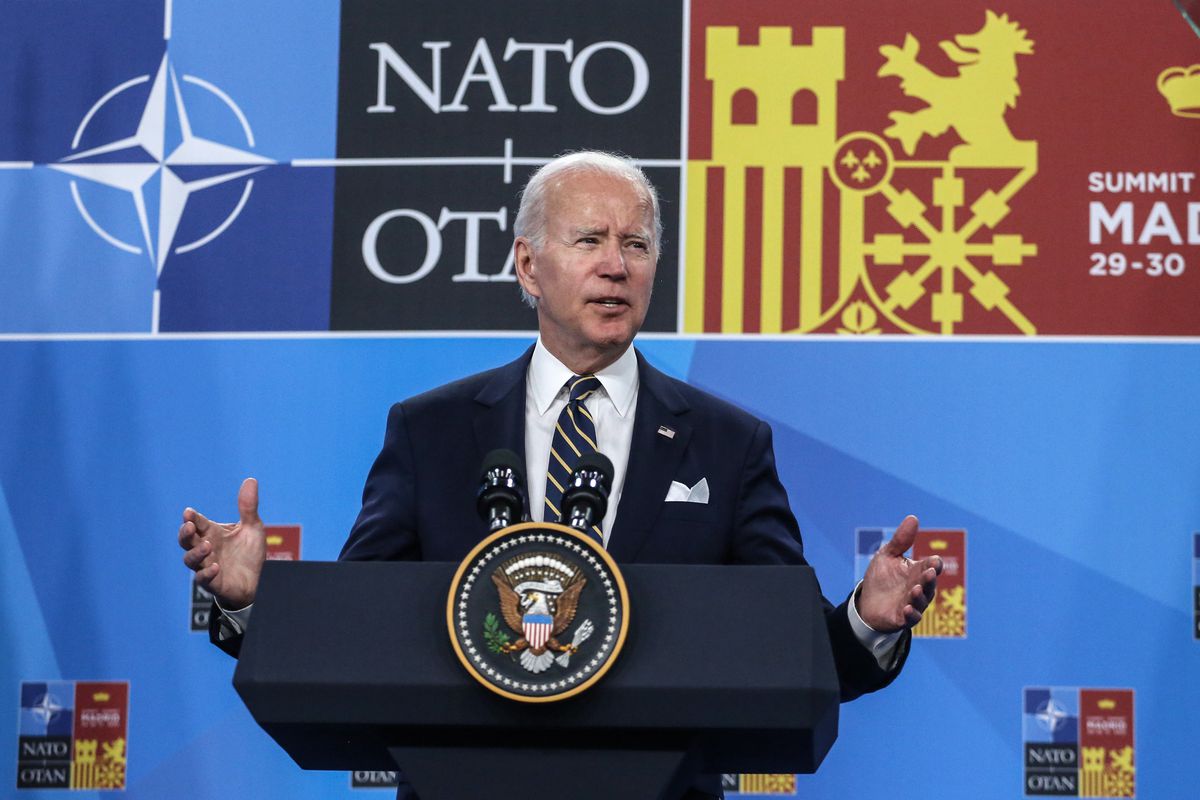 NATO allies used the final day of the alliance’s annual summit to convey a message of unwavering support for Ukraine as the Russian invasion entered its fifth month, making weeks of gains in eastern Donbass and causing serious global turmoil, most notably in terms of escalating energy and food prices. Amid military difficulties on the ground and unrest brewing in many societies, several countries announced increased support for Kyiv with new military aid – including the United States, the United Kingdom and France.

“This war will not end with a Russian victory over Ukraine,” US President Joe Biden said at a press conference, announcing his country was preparing to provide around 770 million euros in additional military aid. “It will include advanced Western air defenses, new munitions for the Himars multiple rocket launcher system and artillery-piece detection radars,” said Biden, who said his Secretary of Defense Lloyd Austin met in mid-June as part of the meeting The Ukrainian Defense Group Contacts Representatives fifty countries ready to support Ukraine. Since Biden took office, the US has provided Kyiv with around 6.7 billion euros in military aid.

The UK also used the summit to announce on Wednesday the delivery of €1,160 million in additional aid, including air defence, drones and electronic warfare equipment. French President Emmanuel Macron said at his press conference that Paris would send six Caesar artillery systems in addition to the 12 already delivered. The Caesars have a range of up to 50 kilometers.

Announcements overlap, and deliveries often encounter difficulties and go much less smoothly than communication. But the summit has crystallized a political determination to provide Ukraine with heavier and more sophisticated weapons than when it started. In this spirit, the Alliance has expressed its commitment to train the Ukrainian armed forces in the use of weapons to NATO standards. The Ukrainian army uses Soviet weapons, but the meager stocks of such material in the arsenals of some eastern NATO partners are running out.

The other relevant aspect is the possible build-up of war-weariness in Western societies due to the side effects of the conflict, as reflected in inflation data released in Spain on Wednesday. It cannot be ruled out that this will increase the pressure on the governments of some Western countries to use their influence in favor of a negotiated solution.

But leaders at both the NATO and G-7 summits have firmly reaffirmed concepts that are far from that perspective. “Giving in is giving in to our principles,” Macron said. “That’s why we will insist on supporting Ukraine and on sanctions.” Asked how long US citizens would have to pay high gas prices, Biden replied: “As long as it takes before Russia doesn’t beat Ukraine.”

And “while it lasts” was the G-7’s message of their willingness to help Ukraine. The leaders made it clear that Kyiv must decide whether and how to start negotiations that will end hostilities.

Another thing is that Vladimir Putin is ready for her. US intelligence chief Avril Haines said in a parliamentary hearing on Wednesday that the US intelligence community assumes the Kremlin is sticking to its goal of territorially conquering a large part of Ukraine. Due to the weakening of its military strength, it is unlikely that it will be able to achieve this goal any time soon, and all these factors make a very protracted war likely.