NASCAR at Atlanta: How to watch the Cup race, odds, starting lineup 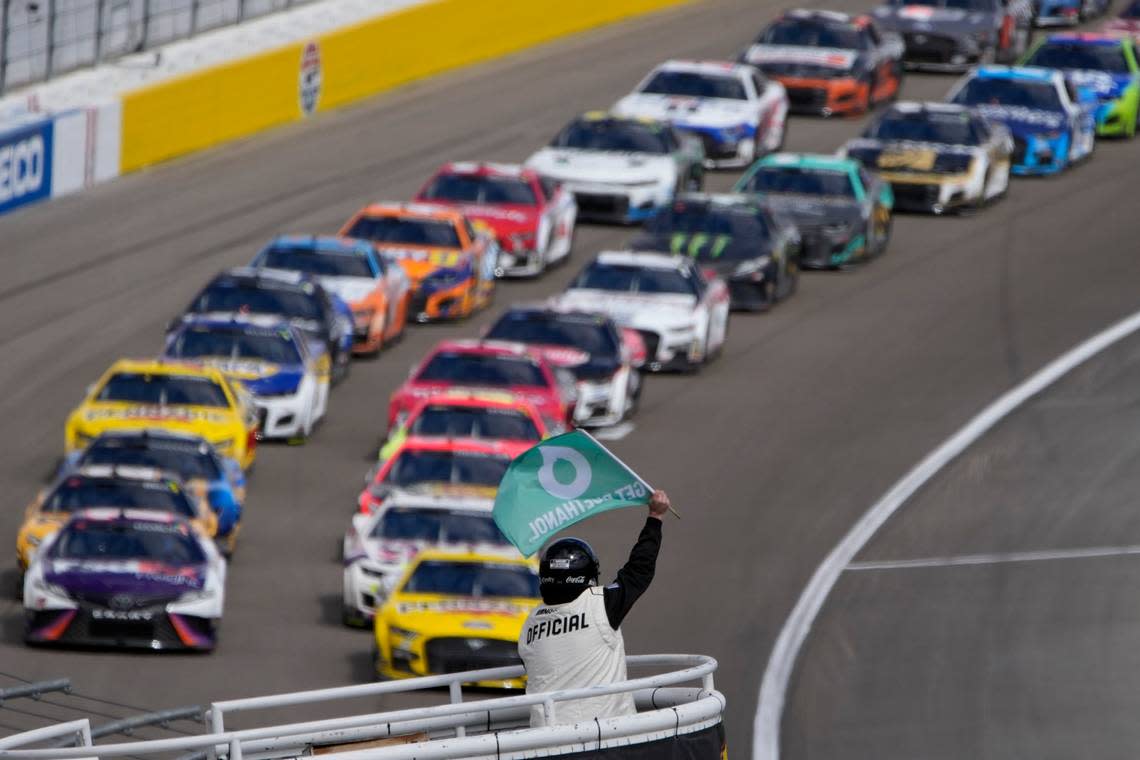 NASCAR Cup Series stars return to Atlanta Motor Speedway for the first time since the 1.54-mile track was resurfaced and reconfigured. The Folds of Honor QuikTrip 500 is Sunday at 3 pm on FOX, PRN and SiriusXM.

Phoenix winner Chase Briscoe will start from the pole under NASCAR’s qualifying formula. Saturday’s qualifying session was canceled due to inclement weather which disrupted the weekend’s schedule of track activities. Ryan Blaney is scheduled to start on the front row with Briscoe.

Blaney won the QuikTrip 500 last year. He is tied with Kyle Larson for the best odds to win this year’s race at +1000, according to BetMGM. The sportsbook lists Chase Elliott, Denny Hamlin and Joey Logano as the next favorites to win tied at +1200, followed by Alex Bowman, Kyle Busch and William Byron tied at +1400.

The track will feel dramatically different to drivers due to the reconfiguration project, which upgraded the 24-degree corners to 28-degree banking, making Atlanta the steepest intermediate track on the NASCAR schedule.

Officials said they hope the racing product will more closely resemble that of a race track. The teams will use the same aerodynamic package used at Daytona and Talladega. Other changes to the track include the widening of the front straight and a reduction in the width of the back straight with tighter corners.

How to watch NASCAR in Atlanta