NASA depicts the extreme drought in Mexico from space 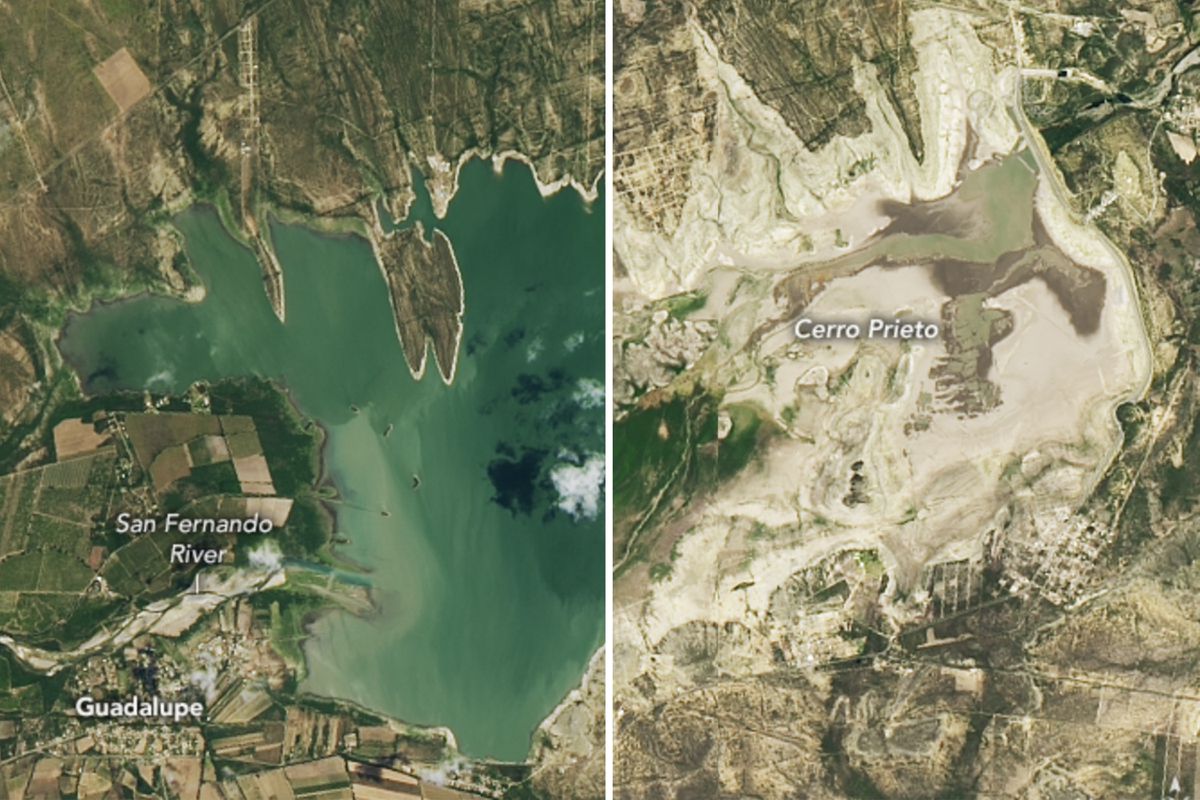 A NASA satellite aimed at Mexico, showing conditions at the Cerro Prieto dam in northern Nuevo León state. The result is impressive and shows the severity of the drought that the entire north of Mexico has been suffering from in recent weeks. The photos show the reservoir virtually empty: data obtained from the Landsat 8 satellite image estimates that the dam is down to 0.5% of its capacity. The water level has never dropped so low since it was built in 1980.

Cerro Prieto is one of two dams serving the metropolitan area of ​​Monterrey – the second largest in Mexico after the capital – and its deterioration has left residents of the region with little or no water supply. At the beginning of July, the crisis worsened with temperatures rising to up to 40 degrees Celsius. “The water level at Cerro Prieto has dropped so much that the water could no longer be pumped,” NASA said in a statement.

Despite warnings, the water crisis in Nuevo León has reached its critical point. The local government noted the dam’s capacity at 12% last October, up from 2.7% in early June. The situation has started to create tensions among the residents of the region and has opened the debate on the use of water for industry and agriculture in a region highly productive for these sectors.

Though some sporadic rains have prompted Neolonese officials to say water extraction from the dam could resume in August, satellite images taken on July 7 suggest Cerro Prieto is at its most critical moment. At the end of June 2022, the NASA report said two-thirds of Mexico was affected by the historic drought, which affected 21 million people.

Satellite research has allowed experts to measure the effects of the drought in the border region between Mexico and the United States. According to their data, 45% of the state of Texas is experiencing extreme drought; New Mexico suffers from it in 60% of its territory; Chihuahua was 25% affected; and Coahuila by 33%.

Previous articleThanks to its role as an export guarantor, Turkey will buy Ukrainian grain cheaper
Next articleIván Velásquez, the whip against corruption in Guatemala, returns to Colombia