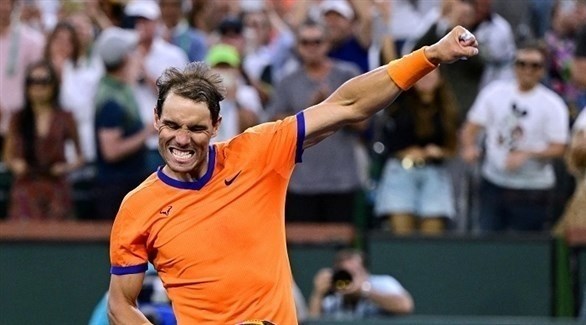 Veteran Spanish tennis star Rafael Nadal has renewed his injury concerns, after his winning streak in 2022 was ended at the hands of American Florian Fritz.

Also read:
Nadal: “I feel like a needle prick when I breathe”

Nadal’s career was cut short in the middle of last year by a foot injury, after he suffered back problems early last year.

After the match, Nadal said: “Honestly, it hurt me, I had trouble breathing, I don’t know if it was a rib injury, I don’t know yet, when I breathe and when I move it seems like there is a needle inside me that pricks me. … I felt a little dizzy because it hurts.”

“It’s a type of pain that weighs heavily on me, it’s not just the pain, I’m not in good shape because it affects my breathing,” added the veteran Spanish star.

Nadal expressed sadness at the end of his winning streak before the start of the clay-court season, a march that saw him crowned with the Australian Open and Acapulco titles.

“Honestly, I wanted to do my perfect run before the clay court season, which was really nice,” Nadal said.

He continued: “Frankly I feel sad about my inability to compete, it is difficult to live that feeling, but in the end it is very difficult, but in sport it is not about talking about the past, you have to talk about today, and today is difficult for me. “.

Fritz managed to win his first title in the 1,000-point Masters class, despite playing the match with an ankle problem.

Nadal, who won 21 titles in the four Grand Slam tournaments, praised American Fritz, who defeated him after eliminating Russian Andrei Rublev from the semifinals.

“Winning like this helps, he (Fritz) played very well, he had some great matches during the week, especially yesterday,” Nadal said.

He added, “All praise goes to him for yesterday’s victory. In my opinion, his victory yesterday is greater than his victory today because yesterday he faced a more powerful opponent.”

“He (Fritz) has already had great matches in Australia this year, including the match against Stefanos Tsitsipas,” Nadal said.

Nadal concluded by saying: “It is clear that he is developing, and with this victory it is a great start to the season for him, it will be the opportunity for him to get closer to the list of the top ten players in the world, and maybe join him.” .