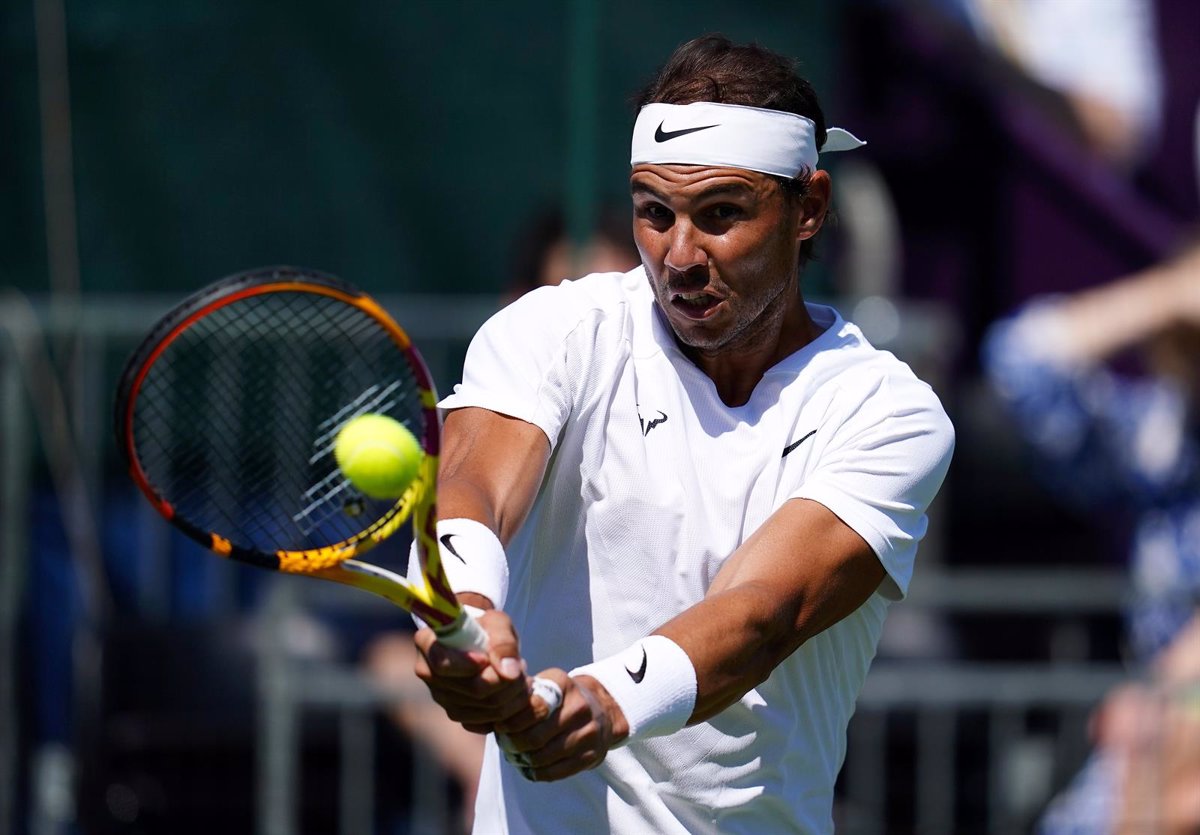 Spanish tennis player Rafa Nadal made his first contact with the competition this Wednesday in view of his last participation in Wimbledon, the third ‘Grand Slam’ of the season, with a match against the Swiss Stanislas Wawrinka at the exhibition in Hurlingham.

The Spaniard decided last Friday that he wanted to play for the ‘big’ Londoner and last Monday he already completed his first training session in London to test the sensations in his left foot, which at the moment don’t seem to give him excessive’ War’.

Shortly before the end of the lawn tour, the two-time Wimbledon winner registered for this show tournament, in which other players such as Serbian Novak Djokovic, Murcian Carlos Alcaraz or Canadian Felix Auger-Aliassime are exactly the rival against the one next Friday play in its last constellation.

Currently, the world number four, who has not played at Wimbledon since 2019, is speeding up the pace on this surface with a duel against the Swiss Stanislas Wawrinka, three-time “Grand Slam” champion, who is also trying to regain his best after a long time injury absence.

Nadal left seemingly good feelings in his solid straight-set win over Lausanne 6-2, 6-3 in just an hour and that helped him get used to playing on this surface and whether the treatment he had chosen with one higher claim works.

The Manacor native started very firmly on both serve and return, creating a comfortable 5-1 with two breaks that allowed him to close the first set despite missing a serve in the process. In the second set there were more alternatives and more problems for the Spaniard with his serve.

After building a 0-40 lead early in the set, the winner of 22 grand slams saw Wawrinka break him in the fifth to give him a previous break back, although he didn’t collapse and broke again to achieve that an advantage that is no longer wasted.

Apple Watch 6 in the offer check: the best smartwatch for only 255 euros on eBay