Nadal achieves his 400th victory in the Masters Championship 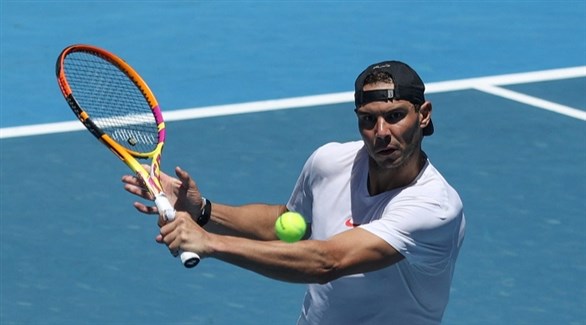 Spanish tennis player Rafael Nadal notched his 400th win at the Indian Wells Championships, matching Roger Federer and Pete Sampras’ best start to the season by posting 17 straight wins since the start of 2022.

Nadal qualified for the Indian Wells final after beating Britain’s Daniel Evans 7-5, 6-3 in a match that lasted one hour and 43 minutes.

Nadal, 35, is looking forward to winning the Indian Wells title for the fourth time in his career, after winning it three times before in 2007, 2009 and 2013, a tournament that is considered the “fifth Grand Slam tournament” due to its importance. in the stadiums.

Serbian Novak Djokovic tops the trio, having posted 41 consecutive wins since the start of the season in 2011.

Novak, who regained first place in the world tennis ranking, announced his absence from the Indian Wells and Miami tournaments for not getting a vaccine against Covid-19.

American John McEnroe holds the record for the most consecutive wins since the start of the year in the open era, with 42 wins in 1984.

While Nadal’s 400th victory in the Masters enhances his superiority in this category of championships with a thousand points, since he is unique in the historical record for the greatest number of victories in it, surpassing Roger Federer’s duo (381 wins) and Djokovic (374 wins).

Nadal started the year in style despite missing several months through injury, winning titles in Melbourne, the Australian Open and Acapulco.

Nadal capped him in Australia with the record for Grand Slam titles, taking his tally to 21 titles, surpassing Djokovic and Federer, each with 20 titles.

Nadal is also the second player with the most matches in history with 36 Masters titles, and if he manages to be crowned in Indian Wells, he will equal the record held by Djokovic (37 titles).