Mysterious accident in China: they find a second black box 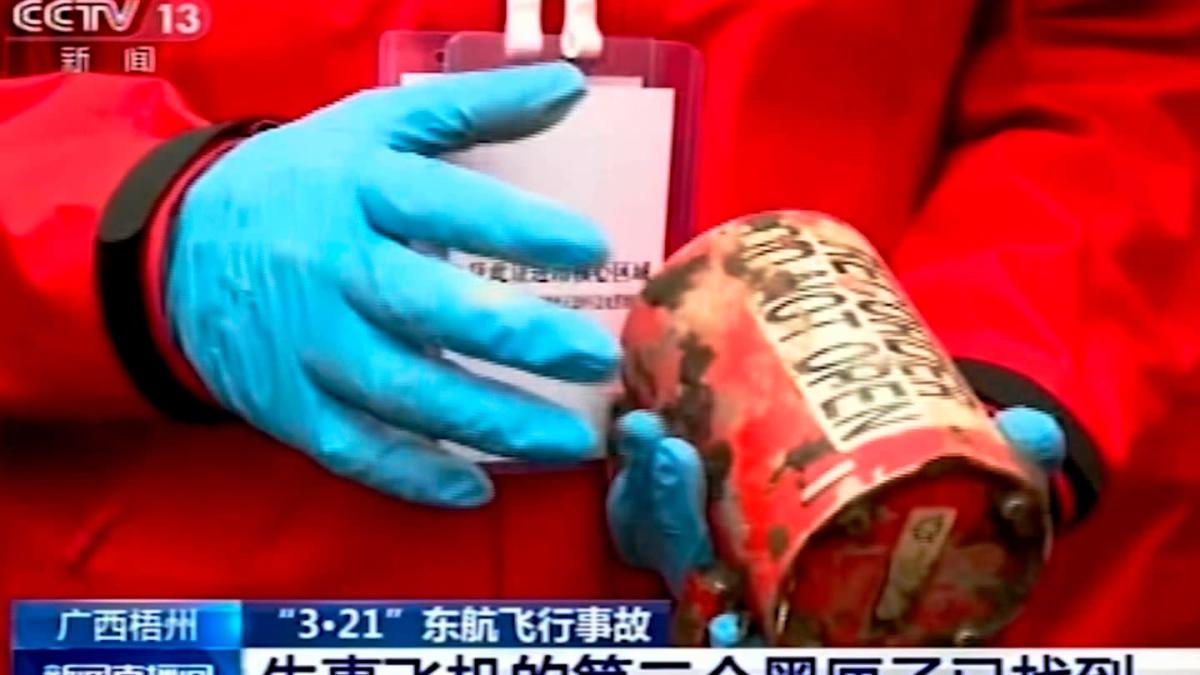 None of the 132 occupants of the Boeing 737 survived the crash in China. After six days of searching, the flight data recorder is finally found. Can the investigators clarify the cause with him?

Wuzhou – After finding the second black box, investigators hope to gain important information about the cause of the mysterious crash of a Chinese plane with 132 people on board.

None of the 123 passengers and 9 crew members survived the accident in southern China on Monday, the deputy head of China’s aviation authority, Hu Zhenjiang, said on Saturday. At the press conference, all participants observed a minute of silence in memory of the victims.

After six days of arduous searches at the crash site in Teng county, near the city of Wuzhou in south China’s Guangxi region, the flight data recorder was also found on Sunday. The orange container was discovered 1.5 meters below ground on a slope. The voice recorder had already been recovered on Wednesday. Investigators are awaiting technical information and other data about the cause of the accident from both recording devices.

the plane was intact

A large number of small pieces of debris from the Boeing 737-800 were scattered in the mountainous forest area. Laboratory tests revealed no traces of explosives. Video footage of the crash also showed that the plane crashed intact and without smoke. Genetic analysis identified 120 dead, including 114 passengers and 6 crew members, authorities said Saturday.

“It is with great sadness that we announce that all 123 passengers and nine crew members on board China Eastern Airlines flight MU5735 passed away on March 21,” the deputy chief of the aviation authority said. The American manufacturer Boeing expressed its deepest condolences to the families and all those affected. A technical team from Boeing supports the investigations of the Chinese aviation authorities and the American traffic authority NTSB.

The accident remains a mystery

Experts described the accident as highly unusual. The machine of the Chinese airline China Eastern Airlines suddenly plunged from a height of more than 8,000 meters on Monday, briefly recovered, but then crashed further and hit almost vertically in the forest area. Pieces of rubble dug deep into the ground.

According to authorities, several unsuccessful attempts were made to contact the machine that was headed from Kunming to Guangzhou. The signal from the MU5735 disappeared about three minutes after the start of the dive. At 2:00 p.m. local time on Sunday, rescuers stopped at the accident site for three minutes to commemorate the victims.