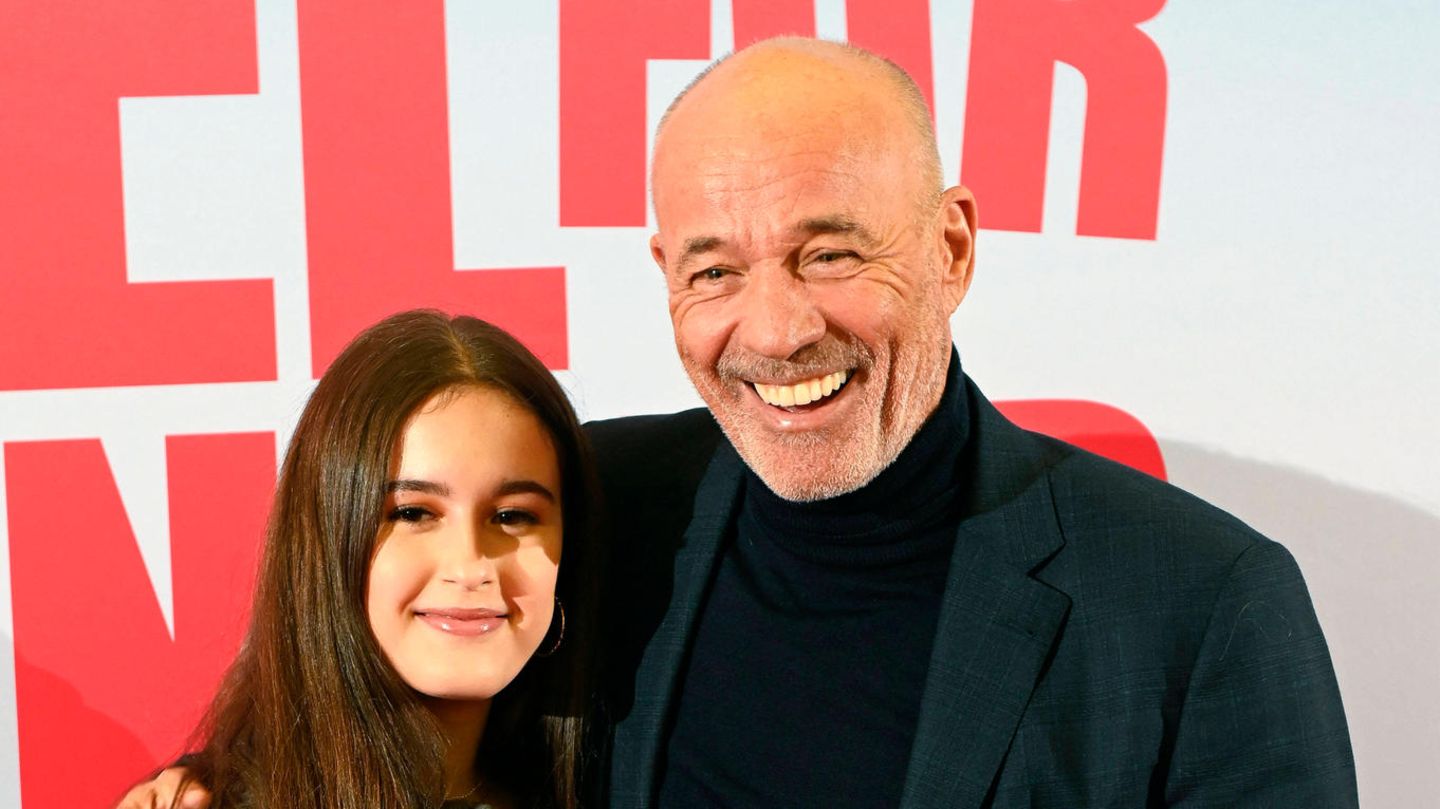 Heiner Lauterbach: “As of today, I will no longer have a teenage girl in the family”

This is what fatherhood looks like! Heiner Lauterbach, 69, congratulates his daughter Maya Lauterbach on her 20th birthday with a touching Instagram post. “So as of today I no longer have a teenage girl in the family, but my baby girl is turning 20. Happy birthday my child,” the actor wrote of a series of photos .

Among the recordings are three photos from Maya’s childhood. One of the photos appears to be a vacation snapshot. We see little Maya and her proud dad beaming with joy in front of two big milkshakes. A moment that will surely make Heiner Lauterbach sentimental. Her young daughter has grown into a grown woman on her own path.

New photo of Liliana Nova’s daughter proves it: Gigi had a growth spurt

Liliana Nova, 34, fans had to wait six weeks. At the end of May, the model showed her daughter Gigi, 5 months, last on Instagram. Now there’s a new photo of the celebrity’s offspring. An astonishing image. Liliana’s daughter has grown well and of course her mother’s pride and joy.

“GIGI – my star”, writes Liliana about the recording. Your daughter is standing on her own two feet. Although the little one still needs to be held, the image clearly embodies how quickly the offspring are growing. What is also striking are Gigi’s bright blue eyes, which are already exploring the world with great attention. It certainly won’t be long before Liliana Nova’s daughter is pulling herself up on objects and literally standing on her own two feet.

“A beautiful family !” – The family photo of Susan Sideropoulos provokes the euphoria of her fans

Susan Sideropoulos, 41, keeps her children out of public view. The ex-GZSZ actress’ social media community is all the more thrilled about a new family photo on Instagram. Although the actress’ two sons aren’t entirely recognizable, the recording gives some insight into the 41-year-old’s private life.

The family photo shows Susan Sideropoulos alongside her husband Jakob Shtizberg and their sons Liam, 10, and Joel, 12. According to the post’s hashtags, the foursome was at a bar mitzvah. Susan beams at the camera in a yellow lace dress. Their men wear casual jackets and t-shirts. What catches the eye: Liam and Joel have grown well and now reach mum and dad up to their shoulders. “You look great – one big family,” wrote one fan of the recording. Another comment read: “So big already […]. A beautiful family that I hope will last.”

- Advertisement -
Share
Facebook
Twitter
Pinterest
WhatsApp
Previous articleIturgaiz: “Sánchez has a unique opportunity to break with Bildu in Ermua and if not, his presence would not be understandable”
Next article“Your action is required”: Fake verification in Volksbank phishing mail