“My heart is calm” continues the journey of giving in 4 Arab countries. Emirati “Ghaith” with a new image 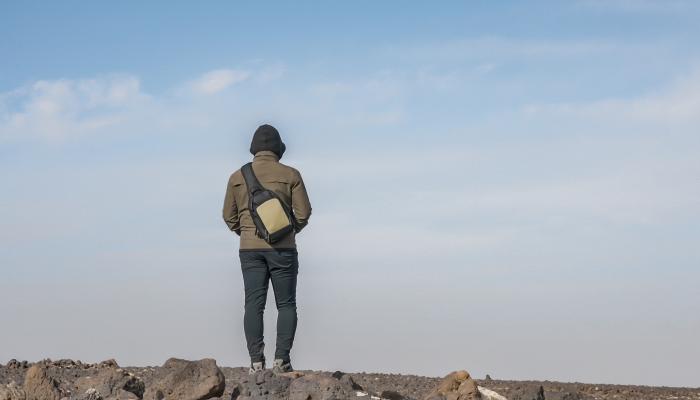 My Heart Reassured, the humanitarian charitable program, continues the journey of generosity and benevolence for the fifth year in a row.

The program is preparing to continue its successful journey around the world, since this year it chose 4 Arab countries to implement a new package of charitable works, which contributes to strengthening the motto proposed by the program, which is (reduce poverty in the world) .

And about the Arab countries in which Ghaith Al Emirati will land during the fifth year of (My Heart is Reassured), he revealed that they include four countries: Iraq, Egypt, Jordan, Sudan, and during his visit he will receive a lot of support. in the form of grants, initiatives, projects, etc.

On the reasons for his move to the Arab environment, Ghaith Al Emirati stated that he always strives to be close to people in need regardless of gender, color or identity, and that his main goal is humanity wherever it is, but The Arab region has been hit hard by the Corona crisis and its complications, and has paid many workers and wage earners. Furthermore, he witnessed many crises, such as displaced persons and refugees, which increased poverty rates and exacerbated human suffering.

During the month of Ramadan 2022, viewers of my heart will be assured, through television screens and various social media platforms, of developments related to Ghaith’s appearance, which he distinguished during previous seasons, which he reduced to a distinctive backpack. which became a sign of the distribution of happiness, in addition to his clothes helping him hide, as Ghaith changed his clothes. This season is also to continue on their path of cultivating happiness, and to reinforce the show’s idea and goal that kindness is not limited to a specific person, but is an idea that can be realized by anyone everywhere. .

The reason to change the appearance.

And about the reasons why he changed his appearance, Ghaith Al-Emirati indicates that during the last four years there were many who knew him, so he decided to take this step, since he kept the general appearance known by Ghaith, but wore him down. . the clothing of many other professions such as: bricklayer, carpenter, blacksmith, maintenance and car wash, farmer, among others.

And he adds: “This was an opportunity to also review the concerns faced by the owners of different professions, and they are a very large segment in any society, and they have their needs and circumstances, and that having a specific profession does not mean that its owners are safe from loss due to different circumstances, but they are like others, it is possible that some problems will lead to their loss and poverty, and the greatest proof of this is the Corona pandemic.”

It is worth mentioning that my heart has reaffirmed the stamp of the past four years providing support to hundreds of thousands of beneficiaries in 20 countries of the world, during the mentioned period it attracted much praise and inspired many young people to carry out various programs to support the poor and needy and alleviate their pain and needs. The views of the program reached through social networks have exceeded 19 billion by showing it in different languages ​​​​such as Chinese, Urdu, Russian, French and Spanish, in addition to Arabic and English.