My father refused to let me perform for this reason (video) 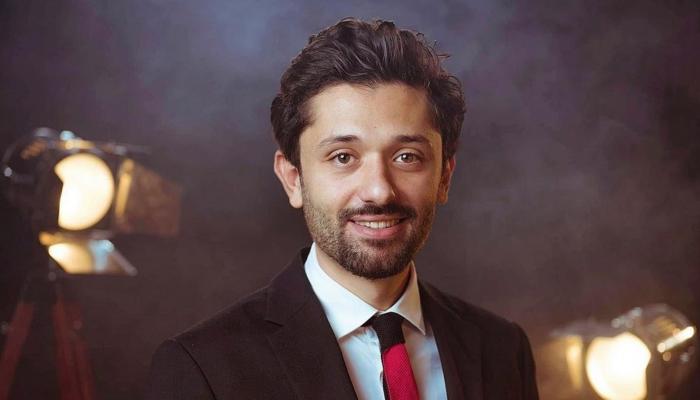 Karim Mahmoud Abdel Aziz continued, in his interview with the “Your Excellency” program on the “DMC” channel, presented by the Egyptian outlet, Esaad Younes: “My father, while in front of the camera, was different from the truth, and I always told myself standing in his place, and when I saw my brother acting with my father in the movie The Mongoose, I said I am in my place, not behind the cameras.

He explained, “The second job for me was with artist Salah Al-Saadani, but my father at the time said there was no representation because of high school and studies,” continuing, “My father told me, you will apologize.” for the series, and I went to the director.

And about his father’s reaction after the start of his career in the show, Karim said: “When my father saw the work, he said Bravo and well, and I don’t think so, and said at that time, your beginning is better than my beginning. , and he took advantage of a very good opportunity.”

And about the study period, Karim Mahmoud Abdel Aziz said: “I was a diligent student until I reached the fifth grade, and after that I started, and there was a weekly certificate that my father had to sign, but I had to visit his signature and then revealed to me”.

Karim Mahmoud Abdel Aziz indicated that he participated with his father in 3 series before, explaining that the late Mahmoud Abdel Aziz refused to participate in the series “Mahmoud Al-Masry” in the role of his son due to the death scene of his child. performed by the artist Mohamed Nagati.

He continued, “I worked on the Bab Al-Khalq series with my father, and it was a small part, and I died in the last scene for me in the series, and I cried a lot when my father hugged me.” God and yes agent.