Mussolini Syndrome Reveals the Flaws of the Russian Army 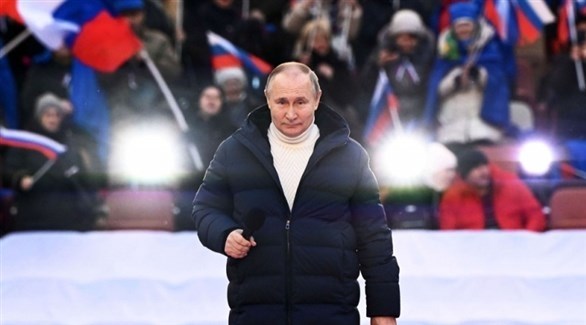 In his distinguished 1991 book The Italians, the author, Luigi Barzini, presents a picture of amusement, followed by wonder, of the way the Duce (Benito Mussolini) lived amidst the beautiful illusion of his closest associates who feared his wrath. and awaiting your approval. .

The penchant of the dictator who ruled Italy with iron and fire to see a prosperous and inhabited Italy led his aides to frantic efforts to take care of the cities and places that Mussolini planned to visit, and people who send the same satisfaction and satisfaction. satisfaction.

This smooth and beautiful deception culminated in the visit of the Führer (Adolf Hitler) in 1938 when Italy showed a new and updated face that had nothing to do with the 19th century, where the streets were redesigned, building facades like movie decorations, and interest for painting and decorating houses along the railway from Brenner to Rome, and perhaps this fluid technique, the results of which impressed the German Führer, made Mussolini the victim of the delusion and the belief that he was protected from everything negative that surrounded him.

This delirium that persecutes some leaders, not only did Mussolini live in its shadow, but many leaders have passed through the record of history who are fascinated by the image they see, and in fact it is created by their aides, and we do not believe that Russian President Vladimir Putin is an exception to this rule, but fell under the sway of this syndrome, albeit partially.

Perhaps what this deception that I believed in revealed, the unexpected results of the Russian war against Ukraine, these results certainly lead us to believe that the picture drawn by the Russian leadership about the war and the expected reaction from the Ukrainian side was full of mistakes. and almost like movie decorations that Mussolini’s aides had mastered in construction, but it is only a thin appearance, contains a lot of emptiness behind, and is easy to knock down.

Let us assume, for the sake of argument, that the international position in this war did not surprise Russia, but was within the limits of the expectations drawn, however, what constituted a great surprise for her was this stumble in the military operation . and the passage of weeks without achieving the goal that was expected to be met in 72 hours, according to estimates by Western officials.

The Russians did not make any strategic progress consistent with the level of forces and the types of weapons that were thrown into battle, especially in regards to control of major cities. On the contrary, we find that the numerous failures suffered by the Russian ground forces and the scenes of tanks and vehicles burned and abandoned on outer roads present a clear picture of the fact that they did not engage in major fighting, but rather were ambushed. and flexible counterattacks by the Ukrainian forces, which gives the impression of the flaws that began to develop in an army that Russia was exaggerating by showing its strength at the time when it was underestimating its Ukrainian opponent, and we do not want to say here that the Russian army is a paper tiger or a hollow drum, as much as we want to draw attention to the fact that accounts of the battle differ from the perceptions of the generals who preceded it.

According to the study of the French Foundation for Strategic Research, which evaluated the performance of the Russian army in this war, the army generally suffers from difficulties in practicing joint combat with different types of weapons and lack of tactical maneuvers with deficiencies that cannot be hidden. . in combat reconnaissance or air fire support, as well as on the problems that accompanied the management of logistical support operations.

According to these shortcomings, the loss of the army at the level of its combat elements is close to 10% of its total forces that entered the battlefield, and these unexpected human losses were the reason why Moscow decided to look for alternative options, not currently including declaring general mobilization and calling up reserve forces, rather, it is recruiting volunteers from abroad to reduce the Russian human cost to prevent any explosion of domestic public opinion.

If we compare the Soviet occupation of Afghanistan during the 1980s with the Russian invasion of Ukraine, we will find staggering differences between the two events, the Soviets were in Afghanistan for approximately 3,340 days, from December 25, 1979 until the last soldier retired on the 15th of the last century. In February 1989, during this period the Soviets lost an estimated 14,453 soldiers. According to the Pentagon death toll, the losses in this case are 49 times higher than in Afghanistan.

Perhaps what confirms President Putin’s delusion that his aides drowned him are the facts published by the magazine “New Lines” that Putin was told that he had about 10,000 missiles, and in fact he only had a thousand missiles, and it is strange that Putin himself forgot how he was lying to his superiors as a young officer in the KGB, this lie apparently common in Soviet culture, and Andrei Soldatov and Irina Borogan, two Russian investigative journalists who specialize in Russian intelligence affairs, noted that Putin, after spending more than 10 days in the war, became so frustrated with the foreign intelligence arm of the Russian Federal Security Agency that he put the agency’s head, Sergei Beseda, and his deputy under house arrest because to his anger at the weak intelligence activities that preceded the war, and that he felt cheated, completely uninformed.

We believe that the Russian Federal Security Agency, as in authoritarian regimes, was passing him false or exaggerated information about the opponent’s forces and capabilities, because they knew exactly what he wanted to hear and what made him angry, so they told the president what i wanted. They wanted to listen because they feared his reaction.