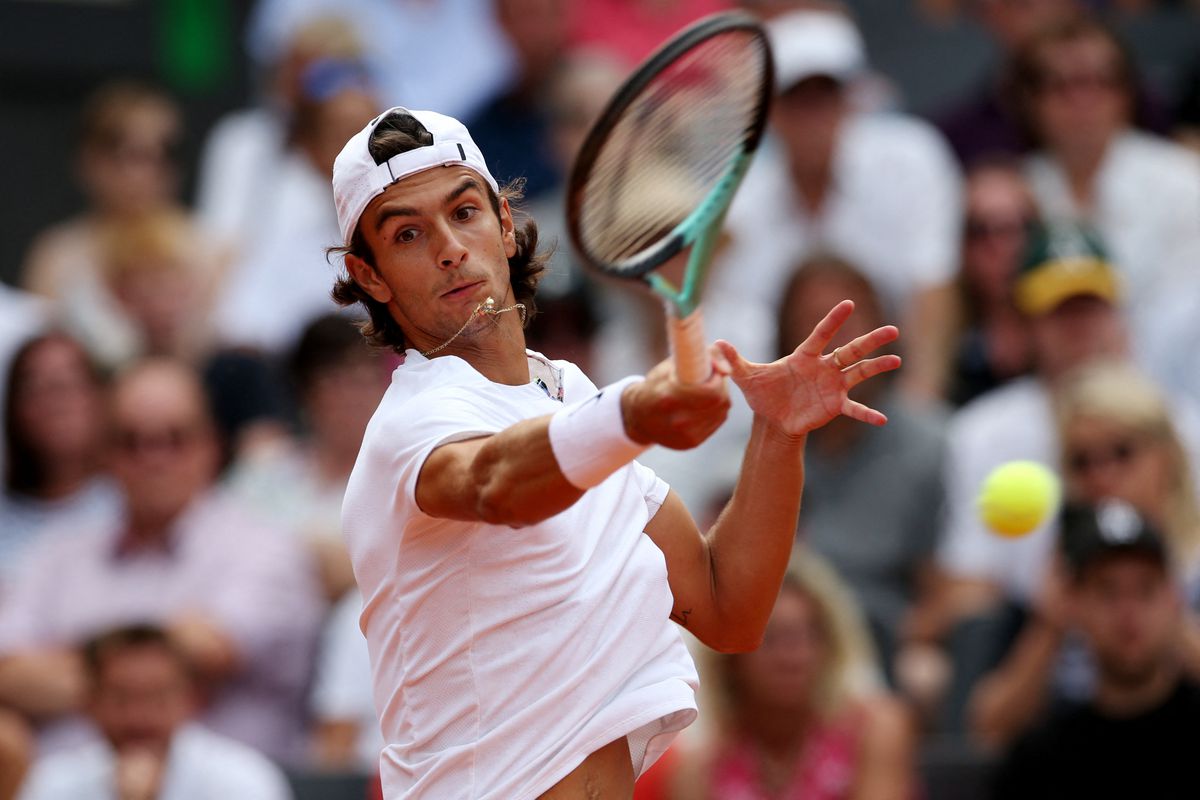 It couldn’t be contained. Carlos Alcaraz raised his arms, put his hand to his ear and begged the fans for more, applause and push, a bit of poetic justice for what had just happened. It turns out that Lorenzo Musetti served to win the match, the Hamburg ATP 500 final. And at 15-0, he responded to a dropshot from the Spaniard after the second pot to then nudge the point from the net to fetch. Carlitos – as he likes to be called – protested vigorously to the chair umpire, who did not uphold the complaint while the Italian played the Swede, a very unsportsmanlike gesture knowing full well that he had not arrived on time. Trick that seemed to drive the Spaniard crazy. But it only seemed so because he saved two match points in that game – a mistake by the Italian and a phenomenal one pass shot– and already in the tie breaker, another three (they were 6-3 for the Italian) to win the second round. But Musetti didn’t get upset or lose the North, but he pushed his tennis a little harder, enough to win the match 6-4, 6-7 (6), 6-4. The Italian’s first laurels and a minor mistake for Alcaraz, who lost his first final of the six he’s contested at the circuit so far, but that won’t stop him starting fifth next week ranking ATP. “You deserve the tournament, you are an incredible worker,” confirmed Alcaraz at the end of the game.

Alcaraz choked on Musetti’s tennis in the beginning and in a bad way. The high and spin balls coming at him from the other side of the net that prevented him from generating speed on his electric shots, plus the Italian’s tremendous reliability on first serve and ability to backhand or attack him attack the balls in the middle of the track, they came to denature the Spaniards. Musetti didn’t care that this was his first final as he quickly realized the nervousness and hesitation had lingered in the dressing room. “light up!” he let loose after breaking his serve in the first game. Brilliance that he would later repeat to make it 4-3 – Alcaraz had returned the break immediately – not to miss the lack of consistency from the Spaniard, who made a face and raised his arms helplessly because he couldn’t find a good version of his tennis.

His shots, always on the limit and risky, went long or into the net like there was no middle ground. Musetti, more reserved and solid, defended on serve, speed and spin serves, with angles or powerful, with almost no errors. That and the deep remnants, also his ease of blurring the rival’s tennis by imposing his rhythm and the exchange of different shots, gave him the initiative, also the first set.

Juan Carlos Ferrero, his coach, encouraged him from the stands, worried his performances weren’t taking off and he was making more forced errors than he should have because Musetti made him feel like he had a few more shots to play, to win the game point. Also because he backhanded him and they didn’t go in too much, determined to finish the points in the fast lane. Piggy bank tension that earned him the loss of service again in the first game of the second set. And Musetti didn’t give his arm to twist, exceptional on the first serve, phenomenal in defensive strategy and as explosive as it was decisive when he needed to attack. Until the controversial move came, the double jackpot, and Alcaraz declared that the game does not end until the last point. Second sentence for him.

Already with the wind in his favour, the Spaniard, comforted by his bravery and skill in moments of panic and disorder in Musetti’s game and even his head due to missed opportunities, Alcaraz regained his tennis. The one with flat backhands and right hands that open up angles, the aggressive one with deep shots, the one with small drops to win in first or second instance. Up front though was Musetti, going from less to more in the third set who forgot what had happened and raised his tennis too, fine-tuned with the one-handed backhand, corner serve and right hand looking for the lines. tennis art. Battle in the superlative. And with 5-4 against Alcaraz, a new match point was won. It was the sixth. And finally the final.

Exactly one year ago, Carlos Alcaraz was 73rd in the world rankings ranking ATP, a posh tennis player who began showing his head among the elite racquets Musetti pointed out because he’d been the junior’s number one for a reason. Two of the best representatives of the new generation arriving – Félix Auger-Aliassime, Jannik Sinner, Sebastian Korda, even Juan Manuel Cerundolo or Brandon Nakashima – already squeezing the vaunted Next Generation -Daniil Medevedez, Alexander Zverev, Stefanos Tsitsipas, Andrey Rublev, Matteo Berrettini, Karen Kachanov-.

A year ago, Carlitos was still unknown to those unfamiliar with the sport, a player to uncork. A year ago, the tennis player from El Palmar played and won the final of the ATP 250 in Umag (Croatia), his first major title. Laurel, who catapulted him to a glittering rise as Alcaraz declared this Sunday that a year is away, already world number five after winning five titles – from six finals he has played (Rio Janeiro, Barcelona, ​​Madrid and Miami). . This week he returns to Umag as number one. Where it all began and where it all continues. Despite Musetti sneaking into the top 40.