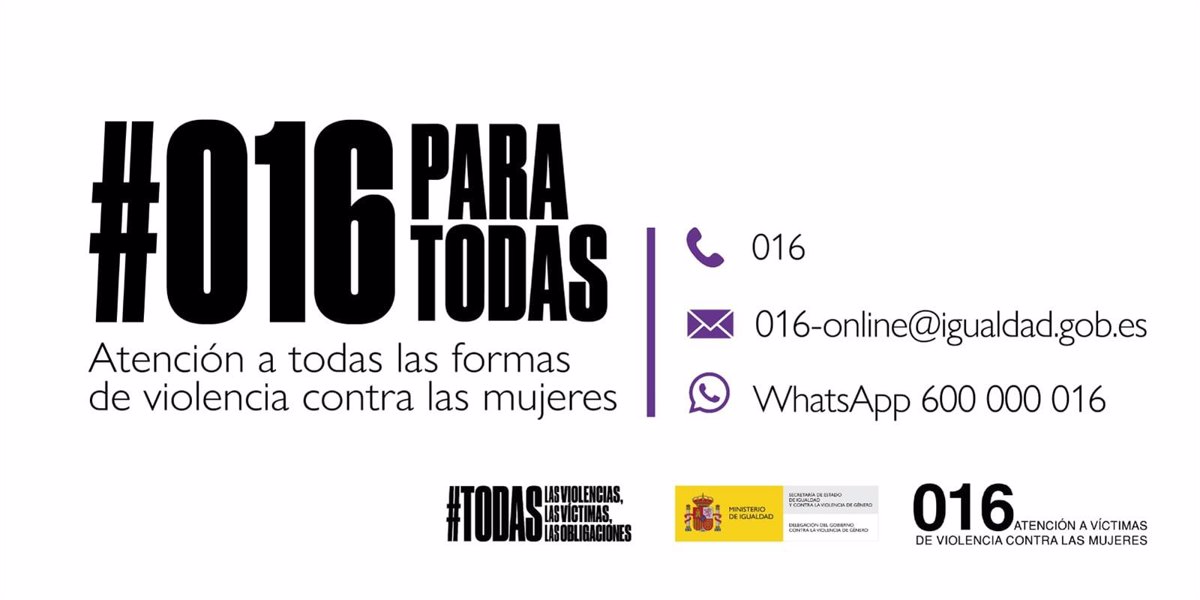 The Ministry of Equality has confirmed that the murder of a woman on April 25 in Seville was a case of sexist violence. The 50-year-old victim, who had no minor children, had previously denounced her ex-partner.

With the confirmation of this case, the number of women murdered by gender-based violence in Spain rises to 21 in 2022 and 1,151 since 2003, when data collection began, the Ministry of Equality states in a press release.

The Minister for Equality, Irene Montero, and the Government’s delegate against gender-based violence, Victoria Rosell, have expressed their condemnation and opposition to this sexist murder and pledged their support to the family and friends of the victim. Both the minister and the delegate call on all efforts by the institutions, administrations and society at large to arrive on time and avoid further deaths.

This is the fifth fatality of sexist violence in Andalucia. The latest cases in Andalusia were a 50-year-old woman in Tíjola (Almería) on May 27 and another of a similar age two days later in Benajarafe (Málaga). Regarding the Almeria incident, the victim had two adult children and there were no previous complaints of gender-based violence against the alleged attacker.

Likewise, and as regards the case in the province of Malaga, the murdered woman had three children and a minor son. In this case, if there were previous reports of gender-based violence against the alleged aggressor.

In addition, on May 22, a woman of about 26 years died in the Reina Sofía Hospital in Córdoba after being stabbed to death with a knife the day before in the municipality of Montemayor (Córdoba) at dawn, and after a woman of about 50 years dead found next to her husband’s body in a building in Fuentes de Cesna, a district of Algarinejo (Granada).

The Ministry of Equality, through the government delegation against gender-based violence, has recalled that the 016 telephone number, online requests by email [email protected] and the WhatsApp channel at number 600 000 016 continue to be around the clock will work normally one day, every day of the week.

In 016 you can request advice on available resources and the rights of victims of gender-based violence and legal advice every day of the week from 8:00 a.m. to 10:00 p.m., with attention in 52 languages ​​and a service adapted to possible disability situations.

On the other hand, remember that in an emergency situation you can call 112 or the emergency numbers of the National Police (091) and the Guardia Civil (062). In the event that a call is not possible and in a dangerous situation, the Alertcops application can be used, from which an alarm signal with geolocation is sent to the police.

This support can be activated by the victim, but also by anyone who knows or suspects a case of gender-based violence. It is a duty of the whole society.

- Advertisement -
Share
Facebook
Twitter
Pinterest
WhatsApp
Previous articleAccenture earned $1,700 million in the fiscal third quarter, up 15.3%
Next articleValencia CF presents a Nou Mestalla project that would open with 49,000 seats that could gradually expand to 70,000