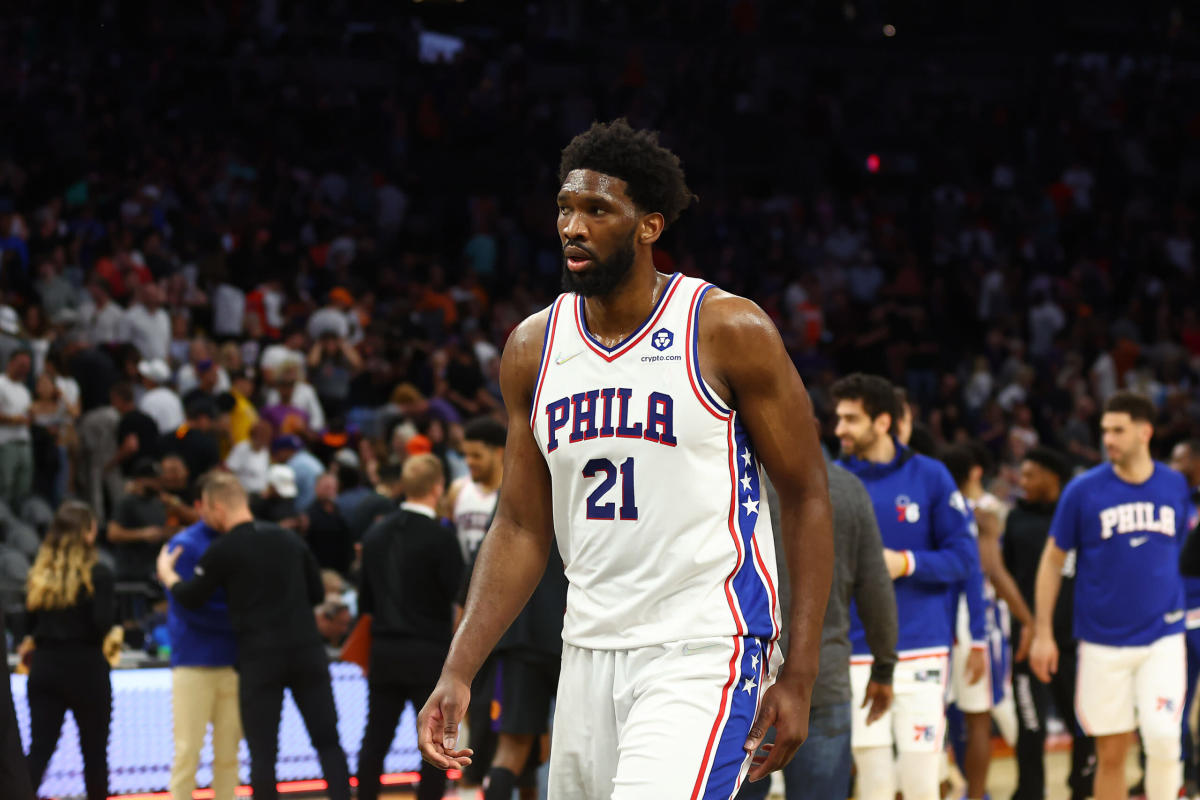 The Philadelphia 76ers got off to a terrific start Sunday on the road against the defending Western Conference champion Phoenix Suns. The Sixers jumped out by scoring 39 points in the first quarter and stretched their lead to 15 in the second quarter, but then the offense stalled.

Philly shot just 31.9% after halftime after shooting 52.4% from the ground in the first half and came back to bite them in a 114-104 loss to the Suns on the road despite 37 points. and 15 rebounds from Joel Embiid.

It was an effort that irked the Sixers after the loss, starting with coach Doc Rivers, who lamented how many possessions the team wasted, either by taking bad shots or turning the ball over.

“We came out in slow motion in the first four minutes of the third quarter. There is no explanation for that, we just did it. He dumped the ball, I think the first two possessions. It’s like I told them at the beginning of the game, they are a great team and you can beat that team, but you have to hang in there during the game. You can’t have wasted possessions. We had 17 wasted possessions tonight. Against any good team, you’re not going to win that game. On the other hand, we probably had so many bugs in our switches and such good stuff, obviously we know we can play with anyone, but playing with anyone doesn’t satisfy me. These are winnable games and we didn’t win tonight.”

When asked if he and his staff track down wasted possessions, Rivers responded by saying:

“Yeah, you didn’t have to watch tonight. She was right in front of you. You could have had a number tonight. You probably could have been 25, 30. Tonight, they were so wild on wasted possessions and that was hard to take. It was really.”

“The main cause was that we played too slowly. We have to find a way to get easy baskets. We can walk with the ball on the ground. We have to try to get into transition early, get some of it out and we don’t have anything, get it out again, whether it’s a post-up or a pick n’ roll and play with it, but I’ve been feeling that for the last two games. . We are playing too slow. Without rhythm.

“I think we had a pretty solid game. We just didn’t finish the game the way we needed to. Mental breakdowns, defensive failures, being stuck offensively and not really getting good possessions and capitalizing. Difficult but definitely a learning experience. It’s time to go home.

“We definitely do. When you talk about those possessions, just the ones where we did turnovers, no ATOs, after timeout plays, just every single possession, we should be able to get the shot we want. A good look we want and a shot we can live with. Tonight we didn’t. We had too many of those where we didn’t get the look we wanted or we miss the ball or just take a shot at the end of the shot clock. We have to be a lot sharper with that as we wrap up these last few games and get ready for the playoffs for sure. We are going to need it to win in the playoffs.”