Much has changed since 1938, but not the very British way of dealing with the crisis. 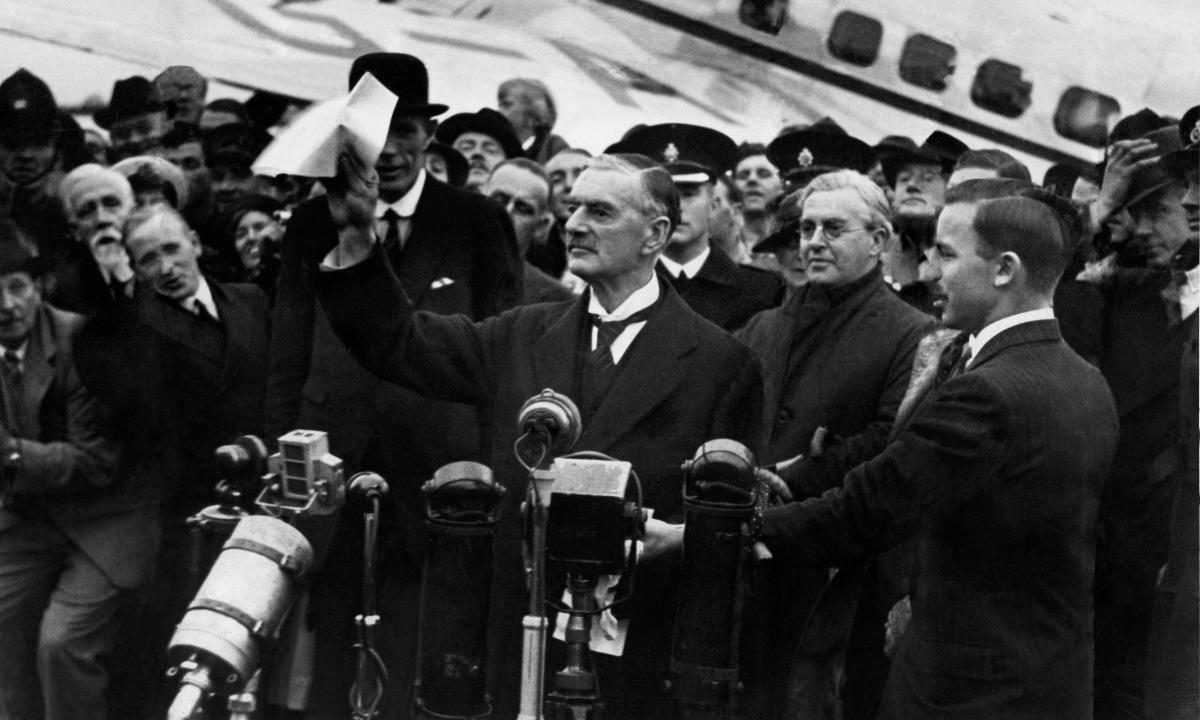 People knew how serious the news was before the second world. They feel that now. In both eras, we have developed strategies to get ahead

Armed conflict, especially when fighting a more powerful enemy, produces the highest national rhetoric. It keeps our spirits up and we tend to remember the best parts. In his speech to Parliament in Westminster last week, Volodymyr Zelenskiy echoed Churchill’s passage “We will fight on the beaches” from his post-Dunkirk speech, but the Ukrainian president could have been referencing one of Ukraine’s most hostile critics. Britain.

“These are the times that try the souls of men,” wrote the English radical and American patriot Thomas Paine in 1776, when the American revolutionary was only a year old and his outcome was far from certain. “The summer soldier and the sun patriot will, in this crisis, turn from the service of their country,” Paine continued, “but he who stands by his side now deserves the love and thanks of man and woman. . Tyranny, like hell, is not easily overcome: yet we have this comfort with us, that the harsher the conflict, the more glorious the triumph.”

The words of Paine’s essay began in a pamphlet, the first of 16, which he hoped would inspire and sustain colonists’ opposition to the London government. Like much rhetoric, it includes more blatant nonsense today than when it was first heard or read. King George III is now nobody’s idea of ​​a tyrant, and when Paine compares London’s oppressive regulation to slavery – if it isn’t slavery, he says, then “there is no such thing as slavery on Earth” – he reveals a remarkable blindness to the real, not metaphorical, slaves who underpinned much of the American economy. Still, “the summer soldier and the sun patriot” is a memorable catchphrase, the prose has an engaging rhythm, and, no less engaging, the booklet titles place them firmly in the modern age. Some were called The American Crisis and others simply The Crisis. A more urgent era had begun.

The word itself is ancient, from the Greek crisis means decision, used by Hippocrates to describe the turning point in the progress of an illness that leads to recovery or death. By the 17th century, its use had begun to spread beyond medicine. In 1627, Sir Benjamin Rudyerd MP, trying to mediate between Charles I and parliament, spoke of the “crisis of parliaments; by this we will know if the parliaments will live or die”. Astrologers soon used the word to describe a conjunction of planets that was central to human affairs. Gradually, it came to mean something longer than a do-or-die moment. Factory owner and social reformer Robert Owen edited a short-lived newspaper, The Crisis, which promoted “the change from error and misery to truth and happiness,” while Marx and Engels in the Communist Manifesto describe “crisis who by their periodic return put the existence of the entire bourgeois society in their judgment, more and more threatening”.

In the 20th century, anxiety and feelings of helplessness became central to the experience. Charles Madge and Tom Harrisson, founders of the Mass Observation movement in the crisis-ridden 1930s, decided that the word did not have a very exact meaning, but had become one of those things, like epidemics and earthquakes, “who suddenly arrive to threaten.” the security of our ordinary life. National or international, a crisis was “a kind of melting pot of borders, institutions, opinions”.

It was the latter that intrigued Madge and Harrisson the most: how opinions were formed, how they changed, what they were supposed to be, and what they really were. The Munich crisis of September 1938 and the events leading up to it gave Mass Observation a wonderful opportunity to find out, and its 1,500 volunteer observers – interviewers and spies in the cause of a primitive anthropology – were deployed to record moods. both public and private.

The results appeared in a Penguin Special published the following year, priced at sixpence. I bought a second hand copy 50 years ago and it is still a favorite book. There is so much life and variety and ingenuity in it. (Observer to waitress in Bolton: “What do you think of the Austrian crisis?” Waitress: “Oh, I’m not picky.”) Britain was a different country then: patriarchal, monocultural, with newspapers, BBC radio and unique rumors sources of information outside of the personal experience of family and friends. However, attitudes that were common then persist. The bad news of 1938 produced reactions that have become familiar in recent years. One is that there is simply too much stuff: too much news, too much bad stuff. Mass Observation found that public interest in crises was declining. After all, what could people do to change things?

An employee in 1938: “I’m getting tired of people talking about wars in Spain and China… if people start talking about another war I feel like saying: ‘For God’s sake, shut up’”.

My neighbor in 2022: “I buy the week and read it once a week. That’s it. I never read, watch or listen to any other news for the sake of my psychic health.”

Wife (to me) in 2022: “Should we switch from the Hoy program to Radio 3 in the morning like we did during Covid?”

Newspapers were by far the main opinion formers in 1938, although they were often not trusted by the people whose opinions they formed. Madge and Harrisson noted the irony: “It’s like being led through [a] strange country by a guide who may turn out to be a gangster. Hence most opinion, except the most fanatical, is tinged with uncertainty…”

Today, the main news sources are as much questioned as they are mistrusted. Walking to the subway to get to the Russian embassy the other day, and carrying a sign (STOP PUTIN, STOP WAR), my wife had two encounters. A man in an ice cream van yelled at him, “You have to be careful about your sources…CNN is putting out poison…You have to keep your radar turning.” Then, at the station, a woman who turned out to be Russian walked up, trembling and hyperventilating. “No, no, they are lies, they are American lies,” she said. “The Ukrainians have been killing people for years… in the war they shot children.”

My wife said that in Russia they couldn’t have this conversation and the woman frankly said that it was true. “But the Americans will soon do it that way here, too.”

Russia had better things to do than invade Ukraine, morally and practically. Permafrost is melting across Siberia, swelling the land like it has boils and releasing huge amounts of methane. A force of nature, it may well be unstoppable, impossible, unlike the burning of fossil fuels and the cutting down of tropical forests, to temper by changing human behavior. This is a crisis to end crises, and a rhetoric to match it has yet to be found.