MSF’s ship rescued more than 3,000 people in the Mediterranean Sea 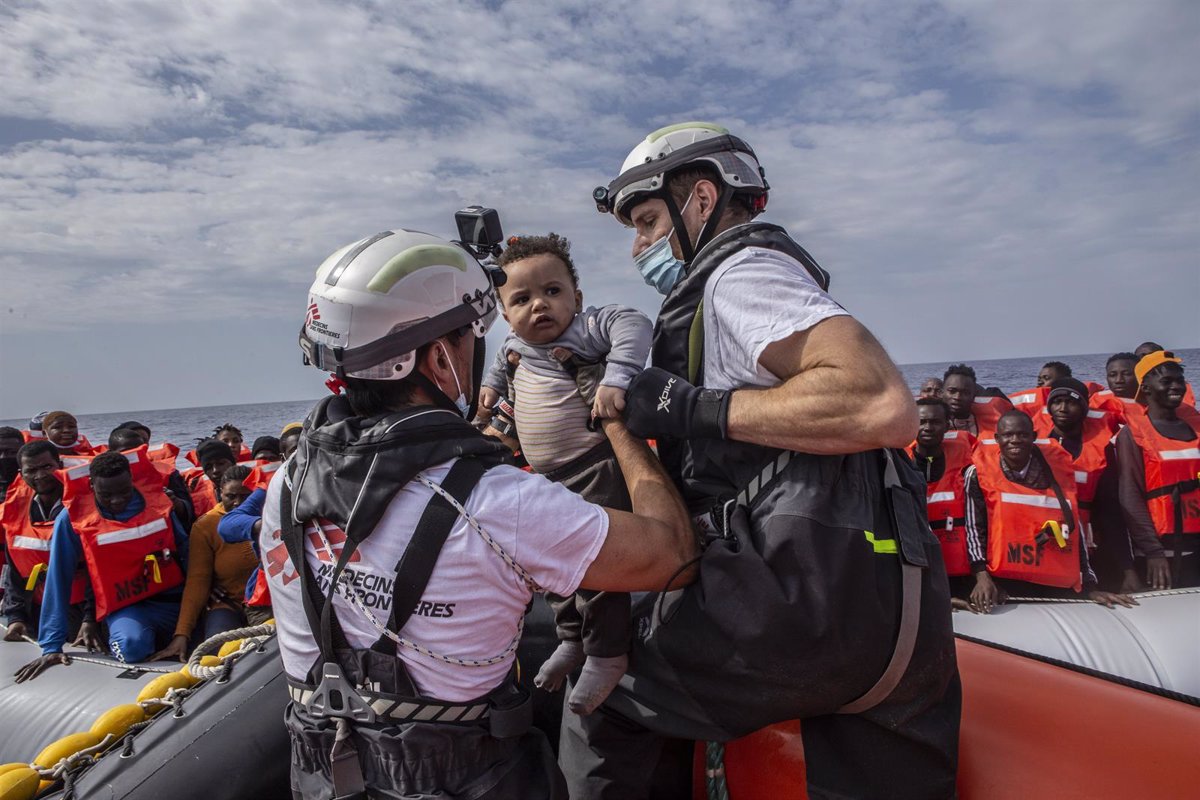 The current search and rescue vessel chartered by Médecins Sans Frontières in the central Mediterranean, the Geo Barents, has rescued 3,138 people and recovered the bodies of a further 10 people who had died at sea since it entered service a year ago.

The ship sailed eleven times between June 2021 and May 2022 and carried out 47 missions. In addition, MSF teams on board conducted 6,536 medical consultations in the areas of primary health care, sexual and reproductive health and mental health.

According to the NGO in a statement collected by Europa Press, 34% of the survivors rescued were children, 89% of whom were unaccompanied or had been separated from their families. In addition, 265 people told MSF teams that they had suffered some form of violence, torture or ill-treatment, and 63 people said they had suffered sexual violence and other forms of gender-based violence.

In addition, MSF’s medical and humanitarian teams recorded 620 acts of violence committed or witnessed by rescued people, including physical attacks, torture, enforced disappearances, kidnappings, arbitrary arrests and detentions, mainly in Libya but also during their often repeated interceptions and forced returns by the Libyan Coast Guard.

According to Doctors Without Borders, the numbers are “scandalous”: Between 2017 and 2021, at least 8,500 people died or disappeared and 95,000 were deported to Libya. In 2021, the year with the most recorded forced returns to date, 32,425 people were intercepted and returned to Libya. In addition, the NGO denounces that people there are subjected to degrading treatment such as extortion, torture and, all too often, death.

“European states are not providing proactive and adequate search and rescue capabilities, instead strengthening the capacity of the Libyan Coast Guard, which certainly supports forced returns to Libya, where detention and ill-treatment are the norm. MSF’s presence in the central Mediterranean is the direct result of the gradual and shameful withdrawal of proactive naval search and rescue capabilities in the Mediterranean, led by European states,” said MSF Search and Rescue Operations Director Juan Matias Gil.

Based on testimonies from rescued people who have chosen to share their stories, MSF has documented the impact of this violence. She collects testimonies such as that of a 25-year-old from Nigeria

“The police, the coast guard, the army never bother about us. They hit me a lot, they hit everyone. Until you passed out. Until you collapsed. So many severe penalties in this country [*] Why is the European Union supporting these people? I said ‘God, please help me’. If Nigeria were safe I wouldn’t be on this earth. As I prepared for this third time, I said, ‘God, I would rather die at sea than go back to the prisons in Libya.’ I cried, I cried So I got on another boat for the third time,” he says.

According to survivor testimonies collected on board, 84% of the 620 reported acts of violence occurred in Libya. 68% of them in the year before the rescue. A significant number of these acts occurred after being intercepted by the Libyan Coast Guard and subsequently held in detention centers.

Survivors reported that the perpetrators were detention center guards (34%), Libyan Coast Guards (15%), military or non-governmental police officers (11%) and smugglers/traffickers (10%). MSF teams also documented significant levels of violence against women and children: 29% of them were minors, the youngest was 8 years old and 18% of the victims were women.

In addition, MSF warns that since Geo Barents search and rescue operations began in June 2021, they have witnessed the “normalization of blockades at sea.” Therefore, he points out that MSF’s requests for a safe harbor to disembark survivors have been systematically denied or ignored by the Maltese authorities; while requests to the Italian authorities were increasingly delayed.

- Advertisement -
Share
Facebook
Twitter
Pinterest
WhatsApp
Previous article“I was in mortal danger”: today, Peer Kusmagk “no longer describes himself as an alcoholic”
Next article“The mask should not have ceased to be compulsory”: an intensivist doctor speaks about the sixth wave of infections in Ecuador