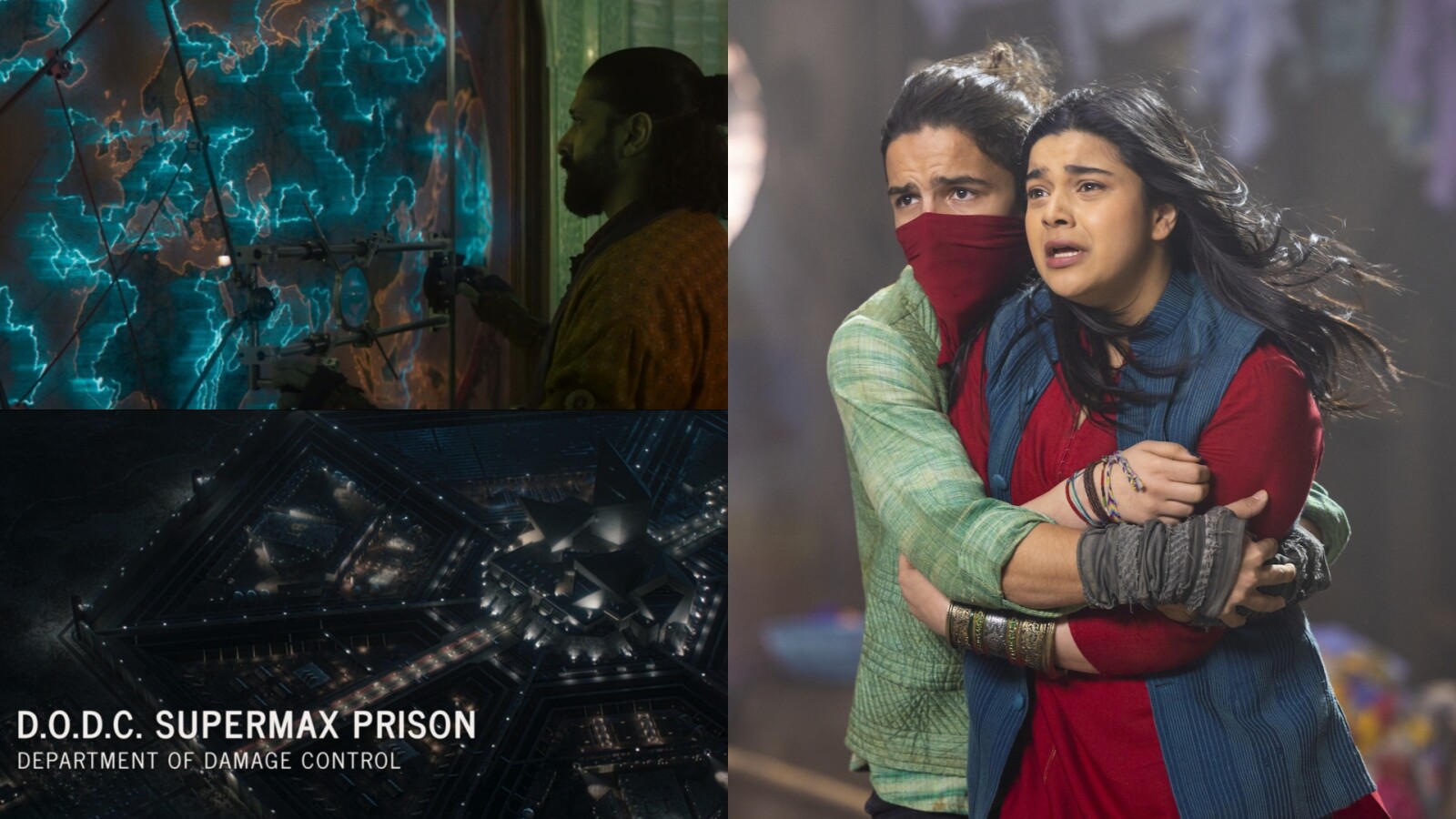 The new Disney+ Ms. Marvel series tells a new story and introduces new heroes to the Marvel Cinematic Universe (MCU). The series also establishes elements that will be important in the upcoming Marvel Phase 4 and 5 movies and series. Especially for “She-Hulk” and “Shang-Chi 2,” “Ms. Marvel” holds significant significance.

2 scenes from the Disney+ series prepare for the future. Including the Supermax prison and the map of other dimensions of Waleed (Farhan Akhtar, who we interviewed about “Ms. Marvel”).

In a brief scene from the fourth episode, we see the supermax prison where the illegals are held. Jail is used by damage control for humans and super powerful beings. The prison also appeared in the “She-Hulk” trailer.

It is likely that Emil Blonsky (Tim Roth) is being held in Supermax prison. Blonsky was last seen in Shang-Chi and the Legends of the Ten Rings. She-Hulk herself, Jennifer Walters, is a superhero lawyer, so she’s required to represent certain inmates in court.

The short scene also builds on the advertised movie “Thunderbolts,” in which a team of anti-heroes are assembled. Suitable candidates would be Emil Blonsky, Yelena Belova (Florence Pugh), US Agent (Wyatt Russell) and Baron Zemo (Daniel Brühl).

In the Marvel Comics, the team is named after Thaddeus “Thunderbolt” Ross. The character was introduced in The Incredible Hulk and last appeared in Black Widow. Sadly, actor William Hurt has since passed away, so Thunderbolt himself won’t be part of the MCU team.

When Kamala (Iman Vellani) arrives in Karachi, Pakistan, she encounters Waleed and the Red Daggers. In the comics Red Dagger is a superhero, in the show an entire organization of non-superpowered humans defending the world of the Noor Dimension. Waleed is the leader (at least until his death) and shows Kamala a map.

On its map we can see what other parallel dimensions coexist with the earth. Like continents or islands, our own little worlds hide on our land. Ta-Lo was previously introduced in “Shang-Chi and the Legend of the Ten Rings”. Waleed’s map hints that there are many other dimensions that we will explore and discover in future Marvel productions.

Next week, the “Ms. Marvel” finale arrives on the Disney+ New Releases program. Season 1 of “She-Hulk” will debut in August 2022, with more Marvel releases to follow. ‘Thor: Love and Thunder’ started in German cinemas today.

- Advertisement -
Share
Facebook
Twitter
Pinterest
WhatsApp
Previous articleVictoria Beckham: This is why her daughter Harper has a strict social media ban
Next articleTrans actress Daniela Vega: “For you and me to sit here, there were people who fought and died”