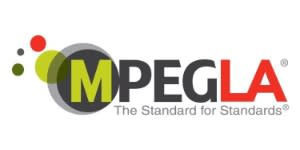 Although coverage has been expanded, the fees and annual limits for AVC licenses remain the same.

MPEG LA is the world’s leading provider of comprehensive licenses for standards and other technology platforms. Since the 1990s, the company has pioneered today’s patent pool that helps produce the most widely adopted standards in consumer electronics history and expands access to other innovative technologies. MPEG LA operates licensing programs for a variety of technologies, covering more than 25,000 patents in 94 countries with approximately 280 patent holders and more than 7,300 licensees. More than 2,000 licensees receive comprehensive global coverage from MPEG LA’s AVC Patent Pool license under essential patents owned by 41 patent holders. MPEG LA helps users implement the technologies of their choice and offers licensing solutions that provide access to essential intellectual property, operational freedom, reduced risk of litigation, and more predictability in the business planning process. Visit www.mpegla.com for more information.