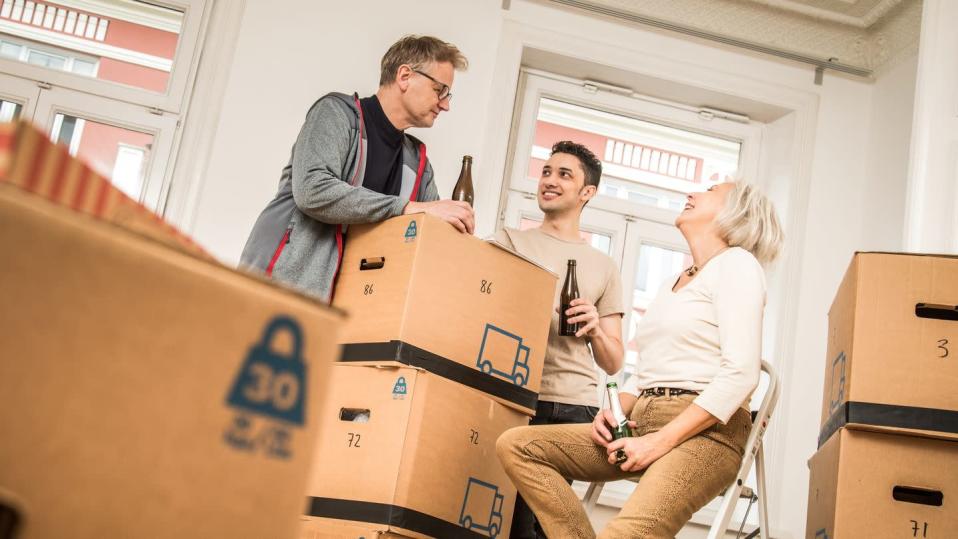 Berlin (dpa/tmn) – A move is usually expensive. But if you change your place of residence for professional reasons, you can at least claim the expenses as income-related expenses on your tax return. This reduces the tax base and can lead to a tax refund.

This regulation applies, for example, to taxpayers who change their place of residence by changing their employer, says Daniela Karbe-Gessler of the Taxpayers Association. However, it also applies when you start a job for the first time or when you are transferred by the employer. According to Jana Bauer of the Federal Association of Income Tax Assistance Associations, a reduction in commute time of at least one hour per day may also justify a work-related change of residence.

Not all costs incurred have to be documented

Deductible expenses include, for example, transportation expenses, travel to inspect the new apartment, real estate agents, double rent payments, and repairs for damage caused in transit. These cost items would have to be proven on the basis of receipts, says Bauer.

According to Bauer, in addition to these general moving costs, lump sums can also be applied toward other moving costs. These included, for example, the costs of renovating the old apartment, changing the telephone connection, professional installation of curtains, catering for the move, as well as registration and transfer costs. Bauer says no proof is required to claim these so-called flat-rate relocation costs.

If the other relocation costs exceed the amount of the lump sums, the actual costs can be used alternatively. Then, however, the corresponding evidence would have to be provided, says Bauer. As a general rule, however, flat rates are high enough.

Furthermore, according to Daniela Karbe-Geßler, the lump sums are adjusted annually. They will increase again on April 1. Eligible persons can then estimate 886 euros for other relocation costs. Until now they were 870 euros. Anyone else in the household moving in with them can also claim a flat rate of €590 for tax purposes, says Karbe-Gessler. In addition, relocation-related tuition costs of EUR 1,181 per child are deductible.

These lump sums do not apply to people who previously did not have their own home. You can only declare €177 instead of the previous €174 on your tax return as a flat moving fee.

The day before the moving merchandise is loaded is decisive

“The day before the goods to be moved are loaded is decisive in determining the flat rate for moving costs,” says Jana Bauer. So if you’re sitting on packed moving boxes in his old apartment on March 31 and loading the moving truck to his new home on April 1, you should apply the flat rates valid until March 31. Increased flat rates apply if the day before the large load of moving goods is after March 31.

Flat-rate relocation expenses are shown in Annex N of the personal income tax return as additional expenses related to income. These can be found on lines 47 to 49.

By the way: Even if the move is not professionally related, some costs incurred during a move can be claimed for tax purposes. Jana Bauer mentions the expenses of a freight forwarding company. They must be declared on the tax return as services related to the home. 20 percent of the expenses incurred are deductible, up to a maximum of 4,000 euros.

However, the costs of renovation work in the old apartment in connection with the move, as well as the costs of craftsmen for installing new furniture or installing the kitchen can also be included in the tax return. Here, too, 20 percent of the costs incurred can be declared. However, the maximum amount is a little lower up to 1200 euros.