Move Iran’s militias into Syria… in preparation for war 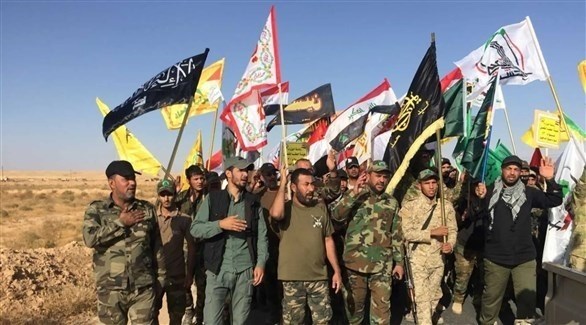 Iran-affiliated militias in Syria pushed their affiliated groups into new areas and changed position fearing Israeli raids similar to those that took place last week that led to the deaths of two Iranian Revolutionary Guards officers, moves that come in light of the tension in the Iranian negotiations with the international community on the Iranian nuclear file.

Syrian security sources confirm that in the area west of the Euphrates known as the “Iranian Protectorate” within Syrian territory, Afghan “Fatimiyoun” militias moved weapons and ammunition to their locations and dispersal points in the Raqqa Governorate countryside , and the transfer took place from warehouses located in the Al-Shibli archaeological zone in the rural area of ​​Deir ez-Zor Al-Sharqi, which included short- and medium-range missiles, as well as medium and light weapons and ammunition, much of it of which he was transferred to the Badia of Ma’adan, which is the second process of transfer that occurs this year, since the first was in January, when the militias themselves transferred weapons to a site in Raqqa.

Weapons were also transferred to the Damascus camp on the Lebanese-Syrian border in the town of Zabadani, where new sites were established near sites and warehouses belonging to Lebanese Hezbollah, which oversaw the transfer, an area that witnessed Israeli strikes multiple times. against ballistic missile stores and drones.

In rural eastern Homs, militias seized several civilian homes in the “Al-Amriya” neighborhood and “Al-Gomhoriat” street in the city of Palmyra, east of Homs, with the aim of turning them into military headquarters for their groups were moved from the border with Iraq.

The new expansion of the militias caused hundreds of families to flee the city of Palmyra after the Iranian militia expanded its control over the city, and the process of displacement occurred due to fear of attacking the area with raids during the next period, while the militias prepare. for a long war of attrition. Iran deploys several affiliated militias in the city of Palmyra, east of Homs, including “Fatimiyoun”, “Zaynabiyoun” and the “Iraqi Al-Nujaba Movement”, in addition to major Hezbollah sites.

The tension in the central region of Syria led the militias of the “Palestinian Quds Brigade” to withdraw from the city of Palmyra, towards the governorate of Damascus, which are areas closer to the control of the Syrian army, since the leadership of this brigade fears that their positions will be exposed in light of the tension and preparations in this region.