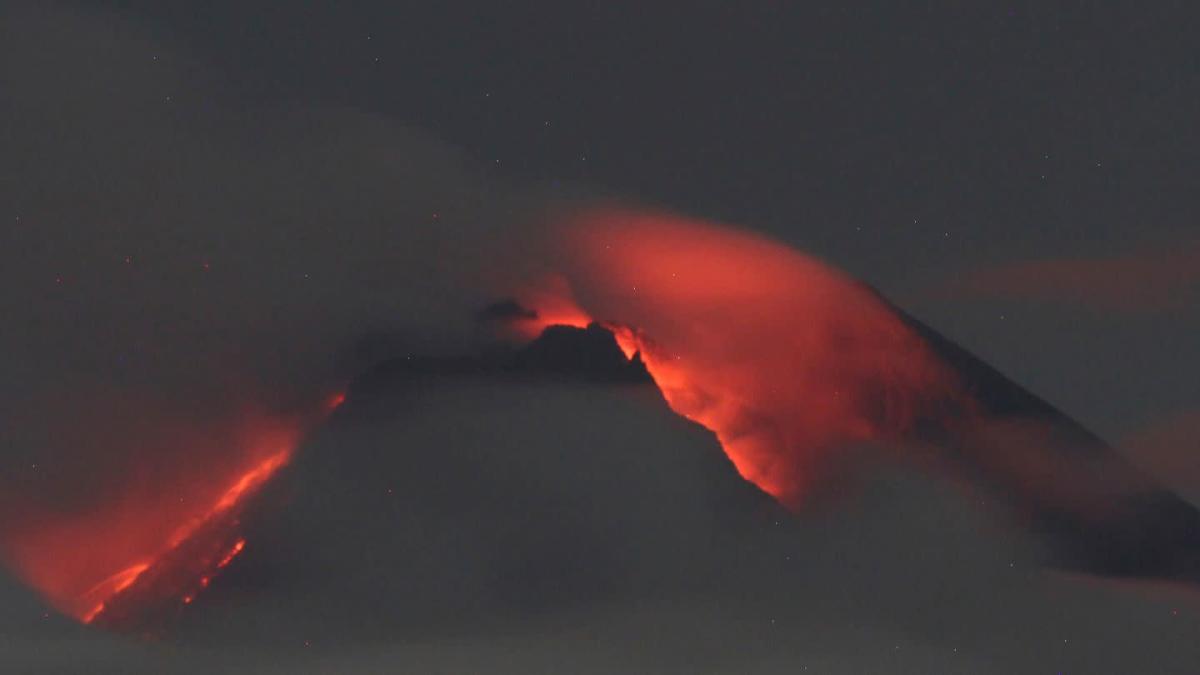 Jakarta (AP) – The Merapi volcano on the Indonesian island of Java erupted overnight, forcing hundreds of people to flee.

A mixture of hot lava, ash and gases was pouring down the southeastern slope of the mountain, said Abdul Muhari, a spokesman for the national disaster relief agency. In addition, a rain of ash fell on several villages. More than 250 residents had to get to safety. An exclusion zone has been established around the volcano within a radius of five kilometers.

The Merapi over 2900 meters high is a so-called stratovolcano. When an eruption occurs, a mixture of dust, rock, lava, and hot gas often flows down the valleys. The chances of escaping these rapidly flowing clouds of embers are slim. Deadly currents can travel miles down the valley before stopping.

Mount Merapi is the most active volcano in Indonesia. It is about 35 kilometers north of the city of Yogyakarta. A serious eruption in 2010 killed more than 340 people and tens of thousands fled. There are about 130 active volcanoes throughout the country. The island nation of Indonesia sits on the Pacific Ring of Fire, an area known for seismic tremors.