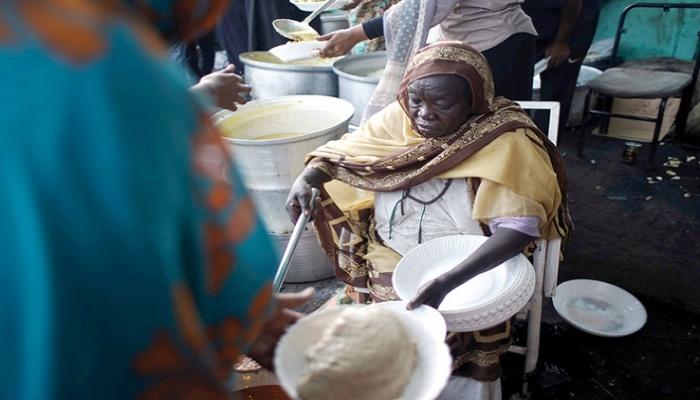 As Mother’s Day approaches, inspiring stories are emerging of struggle led by mothers in Sudan, a country that has long struggled against odds.

Fighting for life and raising children with halal income, a path taken by thousands of Sudanese mothers through marginal occupations such as selling tea, farming, herding and other businesses.

Awadia Koko, one of the Sudanese mothers who braved the harshness of life and the hardships of living in this country by choosing a corner of the capital, Khartoum, as a place to sell tea, where she managed to raise her three children, in a success story witnessed by many in the world.

This woman’s struggle did not stop when she incurred the hardships of marginal work, but extended to stand firm against the persecution of tea vendors by the municipal authorities, and formed a union that formed a strong union to defend the rights of this category. , which qualified her for a valuable award in America years ago.

Awadiya’s story is renewed, on Mother’s Day, which the Arab world celebrates on March 21 every year, as she is the most prominent example of the courage of Sudanese mothers and their fight for a halal livelihood.

The story of the struggle of the mother, Awadiya, began selling tea in the markets and roads 30 years ago, after the fires of the war in her state, South Kordofan, forced her to flee to Khartoum in search of safety, before facing the obstacles of life. and she found nothing more than this simple profession as the only source of support for her three children and other members of the family, her family, who survived.

With the previous regime’s increase in persecuting tea sellers, imposing huge fines and humiliating them, Coco deliberately established the “Khartoum Tea Sellers Union”, which serves as a trade union front to defend this segment, and thousands of women who working in the field joined him, and he assumed his presidency for his pioneering role in its establishment.

Awadiya recounts his victorious journey to Al-Ain Al-Akhbar, saying: “I came early from the Abbasiya area in South Kordofan state to the capital Khartoum due to the wars, seeking safety, and started working as a profession selling tea in the popular market south of the capital, despite the negative view of Sudanese society. For women working in this profession, I would leave my children at dawn and not return with them until after sunset” .

“Awadhya” led a long struggle to educate women about their rights and resisted “Kasha” campaigns launched by local authorities in Khartoum state in the previous era. In the previous era, her family fought to win the “Brave Woman in the World” award from the US Department of State in 2016, and was honored by the Minister of Foreign Affairs. The American at the time, John Kerry.

She and her companions resisted the harsh measures to which they were subjected by the police, and she was imprisoned on more than one occasion after malicious complaints from the authorities.

Noting that she had provided support to several women victims of the war, she added: “I helped thousands of displaced women who arrived in Khartoum in harsh conditions as a result of the war, and the American Relief Organization contributed with us to support their productive projects.” .

This year’s “Mother’s Day” coincides with serious political turmoil in Sudan, which led to a further deterioration of the economic situation, creating additional challenges for mothers in this country.

The reality for Sudanese mothers this year was mixed between those who were grieving and lost their children in the recent protest movement and others who face the difficulties of living and working hard to help their husbands.