Mosimane fined half a million dollars 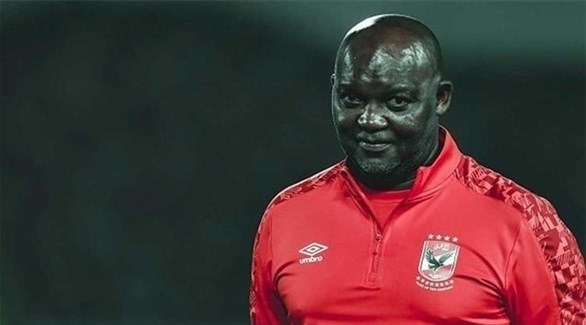 Al-Ahly manager Pitso Mosimane lost the case against his former club Sun Downs following his departure to coach the “Red Genie” in October 2020, after the club filed a lawsuit against him for his sudden march to Al-Ahly.

The South African Sunday World newspaper said: “Mosimane was fined 8 million South African rand, or more than $500,000, because the manager had renewed his contract a few months before leaving for the African Champions League champions.”

He added: “This is what caused permanent tension between Mosimane and Sun Downs in recent months, and led to the manager accusing his former club of deliberately harassing Al-Ahly when he last faced him at National Bank Stadium in Johannesburg”.

He continued: “Mosimane accused Sun Downs of causing the Al-Ahly bus to stop entering the stadium, putting up iron barriers to prevent it, and got off and moved it off the road.”

And before, Betso expressed his discomfort with some Sundowns fans in the last edition of the tournament, after they insulted him through banners.

Sun Downs beat Al-Ahly back and forth in the group stage 2-0, as Sun Downs leads the first group standings with 13 points from 5 matches, Al-Ahly is second with 7 points, Al- Hilal is third with 4 points, and finally Al-Marikh with 4 points.

Al-Ahly fell just one point away from qualifying for the quarter-finals before their final group game against Al Hilal in Cairo in early April, to accompany Sun Downs to the quarter-finals, after the South African will ensure the leadership of the group.