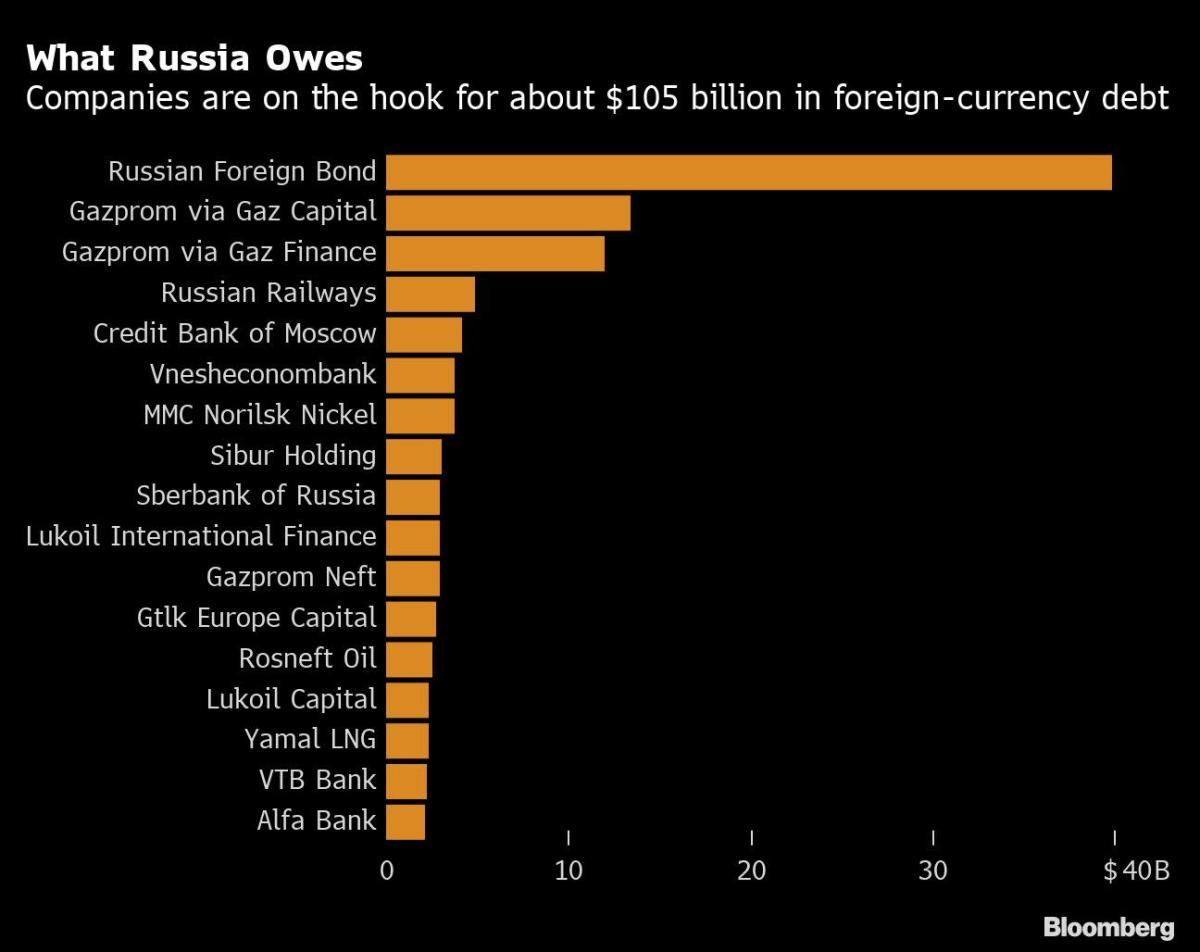 (Bloomberg) — Some payments were on time. Others several days late. Increasingly they are caught in a web of financial intermediaries struggling to do their jobs while complying with sanctions against Vladimir Putin and his allies.

A month after the invasion of Ukraine, investors are beginning to realize the fine line Russia and some of its biggest companies are walking to avoid a default. Once a favorite of emerging market investors, Russia now leaves them with no choice but to wait for their money.

“The longer this goes on, the uglier it’s going to get,” believes Lee Buchheit, a government bond expert who has advised Russia and dozens of other countries on debt restructuring. “Putin has turned the Russian Federation into a diplomatic, economic and even social pariah in most of the world. Do you really think that the idea of ​​discrediting his external debt keeps him awake?

So far, the Russian government has managed to make coupon payments on three of its Eurobonds, including one that matured last week, though not without some delays. On Friday, Russia’s national custodian said transactions with Clearstream could not be settled because its account was blocked on March 24. Therefore, it is not clear how state payments to bondholders will continue.

The situation is different for Russian companies whose owners are affected by sanctions: most are able and willing to pay, but face obstacles that are sometimes insurmountable.

Severstal, the steel producer of Russian billionaire Alexei Mordashov, also known in Germany as Tui-Retter, is close to default because correspondent bank Citigroup Inc. is not executing a coupon payment. A coupon payment from the Evraz steel group, in which Roman Abramovich has a stake, only reached the paying agent when Société Générale SA lifted its block. Both Mordashov and Abramovich have been sanctioned by the EU and the UK, but not the US, which does nothing to lessen the confusion.

Payments are still due in March for gas giant Gazprom and Russian Railways.

“The value destruction has been immense for investors,” said Anthony Kettle, portfolio manager for emerging markets at BlueBay Asset Management. “It’s a reminder of tail risk events that can happen.”

Furthermore, penalties are interpreted differently by intermediaries throughout the payment chain. Citigroup is the paying agent for some four dozen Russian corporate bonds. show data from Bloomberg. While some, such as Gazprom and Norilsk Nickel, have made coupon payments in recent days, others have stalled. As with Severstal, Citigroup blocked a $19.25 million interest payment from EuroChem Group last week.

Another case is that of the search engine Yandex, which is at risk of default because its convertible bonds can be exchanged for shares, which are suspended by the sanctions; The “Russian Google” has hired experts to find a solution.

The coupon payment is leading some investors to see value in Russian bonds, especially those with short maturities.

“The willingness of Russian companies and government agencies to pay interest and repay interest is encouraging,” said Persella Ioannides, portfolio manager at MeritKapital, a fund manager that invests in emerging markets. “The actions of the Russian central bank and the Kremlin to support the ruble will also help.”